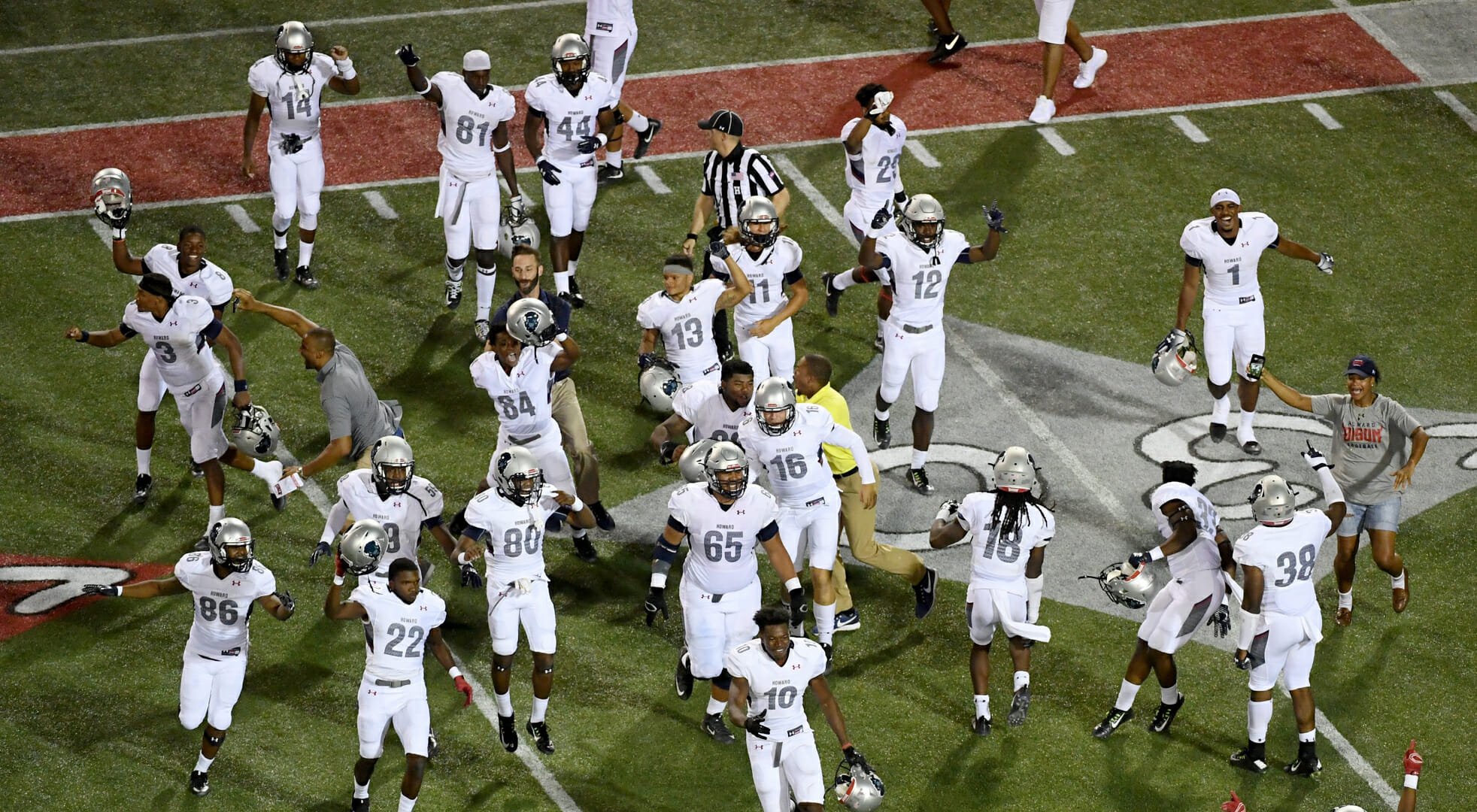 There is nothing quite like being engaged with a blowout football game purely because of the spread. Only those who have an interest in the college football lines or made a bet online are yelling at a team down 38-10 to get a stop.

For the games below, the fourth quarters were intense for a different reason. The underdogs already covered the spreads, but now fans witnessed some of the biggest upsets of all time.

The college football betting odds said these teams didn’t have a chance to win. As Lee Corso says, “Not so fast, my friend.”

JMU, ranked No. 12 in the FCS, took down No. 13 Virginia Tech for an in-state win. The Hokies held a 17-6 lead in the third quarter before JMU scored the final two touchdowns and held on late defensively to earn the win.

Despite the schools being within 140 miles of each other, Virginia Tech hasn’t scheduled a game against the Dukes since this loss.

North Texas was a Division I-AA program (now known as the FCS) in 1997 and had no business beating a Big 12 team. But that’s exactly what the Mean Green did. Quarterback Jason Mills completed a 15-yard touchdown pass to Bo Harrison with 1:04 to play for the game-winning score.

Outscored 97-0 in the two games leading up to this one, Oregon State was massive underdogs to a Washington team on a four-game winning streak. In a shocking finish, Oregon State blocked a punt and recovered it in the endzone with 1:29 remaining to take a one-point lead after the extra point.

This game was played in November and deemed an easy win for Western Michigan. The Broncos were 8-1 going against a 1-8 Central Michigan team. CMU didn’t care, though, as Derrick Vickers threw for 228 yards and two touchdowns in the win.

Devin Scott was a freshman quarterback for the winless Temple Owls going against No. 14 Virginia Tech and the fourth-best defense in the country. The 36-point spread was understandable.

Trailing by 17, Temple scored three second-half TDs to come back and win. Scott threw for 155 yards and two touchdowns and had the game-winning score on a one-yard run.

UTEP won just one game in 1985, but the Miners made it count. BYU was the defending national champion and ranked No. 7 at the time of this game.

BYU QB Robbie Bosco threw for more than 4,200 yards in 1985. Against UTEP, he threw for 151 yards and four interceptions.

Texas State was in its second year transitioning from the FCS to the FBS, so Houston likely thought an easy win was coming. A 36.5-point underdog, the Bobcats beat Houston by 17 points thanks to a 13-point second quarter.

No. 1 USC entered this matchup with a 35-game home winning streak. Stanford went 1-11 in 2006, and its first-year head coach in 2007 was some guy named Jim Harbaugh. No one expected an entertaining game.

Instead, it goes down as one of the more shocking upsets in college football history considering USC was a top program in the 2000s.

It’s just perfect that this one happened in Las Vegas.

Not only did bettors backing Howard +45 cash in, but Howard received a $600,000 guaranteed payout for playing the Rebels. The country was introduced to quarterback Caylin Newton, the younger brother of Cam Newton, who threw for 140 yards and a touchdown and rushed for 190 yards and another two scores.