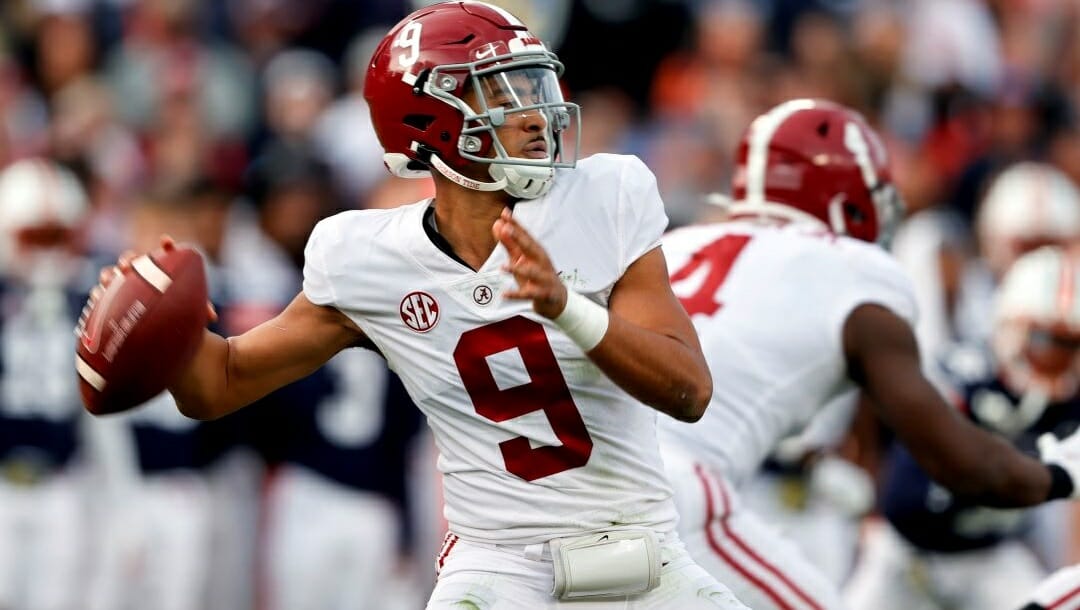 Do you like free football bets? Well boy, do I have good news for you.

With a massive catalog of potential bets to choose from, I’m here to help you wade through all the numbers and find one or two bets per game that sound like strong positions. Let’s get into it.

I’m a bigger believer in Cincinnati than most college football odds analysts, but even I would be bearish on your chances with an outright Cincinnati money line ticket. So while I do like Cincinnati plus the points – more on that in a bit – I am expecting Alabama to win this game and play in its sixth national championship game of the playoff era.

That said, laying the -550 money line is something I would rarely recommend as a wise play. Instead, I’m opting for a prepackaged parlay prop that BetMGM has available, where Alabama wins by any margin and both teams score at least 20 points.

Even if Alabama rolls to a total blowout win, it’s still reasonable to expect Cincinnati’s veteran offense to manage 20 points against Alabama’s defense. This is not a vintage Saban defense – this particular Alabama team is more likely to win a shootout with Ole Miss than it is to lose to LSU, 9-6.

Cincinnati might get run out of the Cotton Bowl, but they’ll find the end zone a few times before the clock strikes zero.

If you read my Cotton Bowl preview earlier this week, then you know I like Cincinnati +13.5. You can go read that article if you want an explanation of why the number itself tells you Cincinnati is the right side.

That said, there’s a valuable Alabama stat that I drop in that post. Alabama has won eight College Football playoff games by an average of 17 points.

So if you disagree with my Cincinnati position and are looking to bet on the Tide to continue business as usual, then attacking this alt position at Alabama -16.5 might be a particularly profitable way of doing so.


Switching gears to the Orange Bowl semifinal between Georgia and Michigan, I’m once again turning to a prepackaged parlay option that BetMGM has available for studious handicappers.

In my Orange Bowl preview, I break down how flocks of public bettors are rushing toward Michigan plus the points, as well as why they might be running in the wrong direction. Public dogs are notoriously bad positions.

Still, if you’re unwilling to lay a dangerous number with Georgia in a defense-oriented semifinal game, I can understand that. Instead, you can just take Georgia to win on the money line, then mix in an inflated total of 51.5 for a much better price.

The total in this game is currently sitting at 45.5, so this is essentially a money line play mixed with a six-point tease on the total. For +100, that’s not bad at all.

I expect both defenses to dominate the offenses in this game. I also expect defense to set the tone early for both teams, with plenty of punts throughout the first half. With juice currently on the over, this is a great time to come in on the first-half under for an even payout.