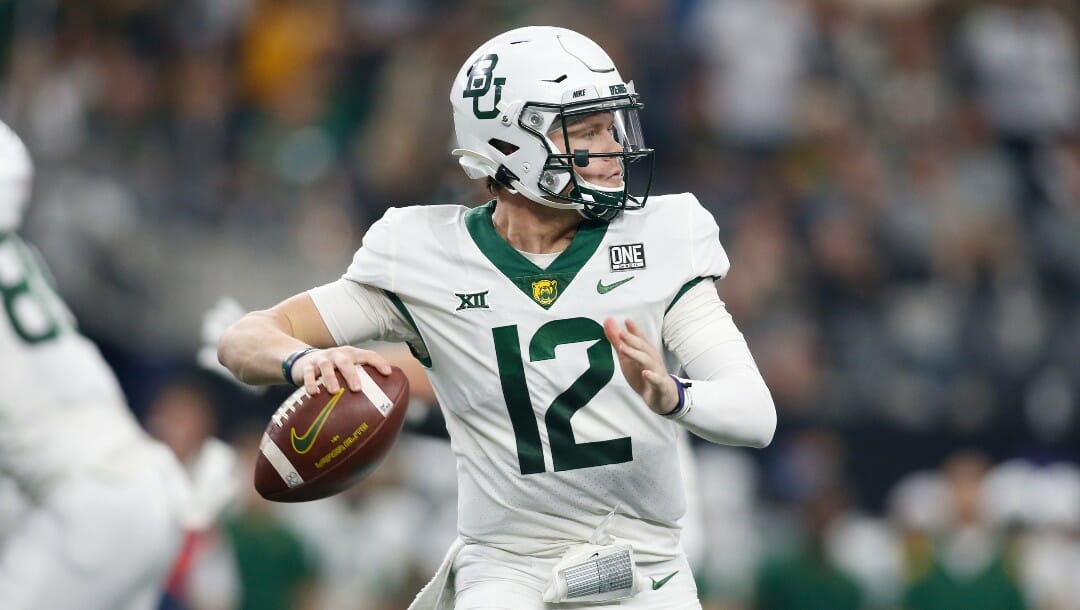 Dave Aranda’s name flew around the rumor mill during the coaching change season after leading the Baylor Bears to a Big 12 Championship in 2021. He’s opted to stay in Waco and claims he’s in it for the long haul, which should be welcomed news to the Bears after he took this program from 2-7 in 2020 to 12-2 a year ago.

Blake Shapen takes over at quarterback and hopes to build on his magical first half of the Big 12 Championship game, where he started a perfect 17 of 17 passing with three touchdowns against a stout Oklahoma State Cowboys defense. The team returns only 12 starters and must replace significant contributors at running back and wide receiver, while the defense loses several NFL Draft picks. Can Aranda, whose teams is well behind Oklahoma (and Texas) in Big 12 Championship odds at the online sportsbook, work magic yet again?

If Dave Aranda doesn’t appreciate your question… you did something very very wrong.

Here’s a look at Baylor’s schedule with dates, times, opponents, and analysis:

Baylor begins the season with a cupcake game against the Albany Great Danes, who finished with a 2-9 record at the FCS level a year ago.

Baylor doesn’t often travel this far west. This will be a stiff test in Week 2 in Provo against a veteran BYU Cougars team that won ten games a year ago.

The Bears have never lost to the Texas State Bobcats. Last year’s nine-point Baylor win was too close for comfort.

Conference play kicks off in Week 4 against the Iowa State Cyclones. These teams have split the last four meetings, and this figures to be a highly competitive game in Ames.

This rematch of last year’s Big 12 Championship game figures to be circled by both coaching staffs. The Oklahoma State Cowboys enter this matchup off a bye week, but Baylor has a home-field advantage.

This Thursday meeting marks Baylor’s only weekday game of the season. The West Virginia Mountaineers have a new-look offense headed by new coordinator Graham Harrell and quarterback J.T. Daniels.

Baylor has won 17 of the 21 meetings. Lance Leipold had the cards stacked against him when he took over this coaching job a year ago but hopes to keep improving in Year 2.

This series has been tight, with both teams splitting the last six meetings. This kicks off a set of back-to-back road games with a pivotal showdown against the Oklahoma Sooners on deck.

The Bears are just 4-27 in this series but grabbed a 27-14 win last year. The scheduling doesn’t favor Baylor as two of their biggest games come in less-than-ideal circumstances (vs. Oklahoma State coming off a bye) as they face Oklahoma in the second of two-straight road games.

This game could be a potential College GameDay location.

Baylor has dominated this series, winning eight of the last ten meetings.

Baylor makes a difficult trip to Austin to close the year. The Texas Longhorns failed to reach a bowl last year. They lost to Kansas in the process but figure to have one of the most explosive offenses in the country led by quarterback Quinn Ewers, running back Bijan Robinson, and receivers Xavier Worthy and Isaiah Neyor