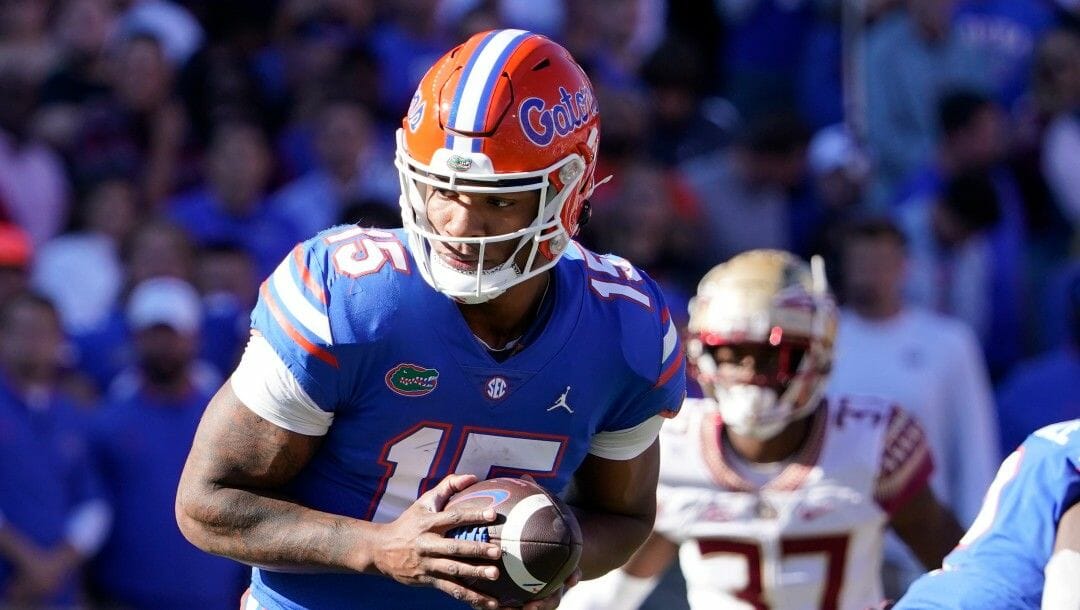 The Billy Napier era begins in Gainesville. The new head coach spent his last four seasons at Louisiana, where he qualified for the Sun Belt’s championship game every season and broke through with a title in last year’s 13-1 season.

Florida has an over/under win total of 7.5 in college football betting.

The Gators turn to dual-threat Anthony Richardson at quarterback, who possesses immense potential with a cannon for an arm and tantalizing athletic ability. The Gators return 13 starters, but many pundits speculate it’ll be a long-term rebuild for Napier.

Air It Out competition at the Manning Passing Academy

Here’s a look at Florida’s schedule with dates, times, opponents, and analysis:

The good news is the Gators begin the year with a home game (of course they do, it’s the SEC), but the bad news is they have a stiff test against the Utah Utes. Utah won the PAC-12 Championship a year ago and hung close with Ohio State in the Rose Bowl despite being forced to play a running back at cornerback.

It’s a brutal first two games of the year, as the Kentucky Wildcats await after going 10-3 a year ago. A 31-game Florida win streak in this series was snapped in 2018, and the teams have split the four games since.

Florida figures to be a big favorite, but this is a potential trap game. USF hopes to be one of the most improved teams in the country after returning 18 starters, ranking fifth in returning production, and bringing in several Power Five transfers.

The Gators’ first road game of the Napier era comes against a Tennessee Volunteers that went 7-6 in Josh Heupel’s first year in charge.

The Eastern Washington Eagles are one of the better FCS programs but haven’t had much luck against Power Five competition, losing three straight by an average margin of almost 40 points per game.

The first of back-to-back home games before a bye week in which the Gators hope to gain some ground in the standings.

The Gators will be hungry for revenge after dropping two straight to the LSU Tigers. LSU has won four of the past five meetings and will also be under new leadership with Brian Kelly in town.

The Gators will be rested coming off a bye week, but this is the first of a tough two-game stretch. This matchup will mark the 100th all-time meeting of the game referred to as The World’s Largest Outdoor Cocktail party.

Georgia in Week 11, and then Texas A&M on the road – how’s that for facing dominant defensive lines two weeks in a row? Such is life in the SEC.

The home team has won this series in five of the past six meetings. South Carolina hopes to be vastly improved in Year 2 under Shane Beamer, with Spencer Rattler at quarterback and talented skill players surrounding him.

The Vanderbilt Commodores haven’t beaten the Gators in Nashville since 2018.

The Gators ended a five-game losing streak against the Florida State Seminoles in last year’s 24-21 victory to close the regular season. This game will mark the first meeting in Tallahassee since 2018.