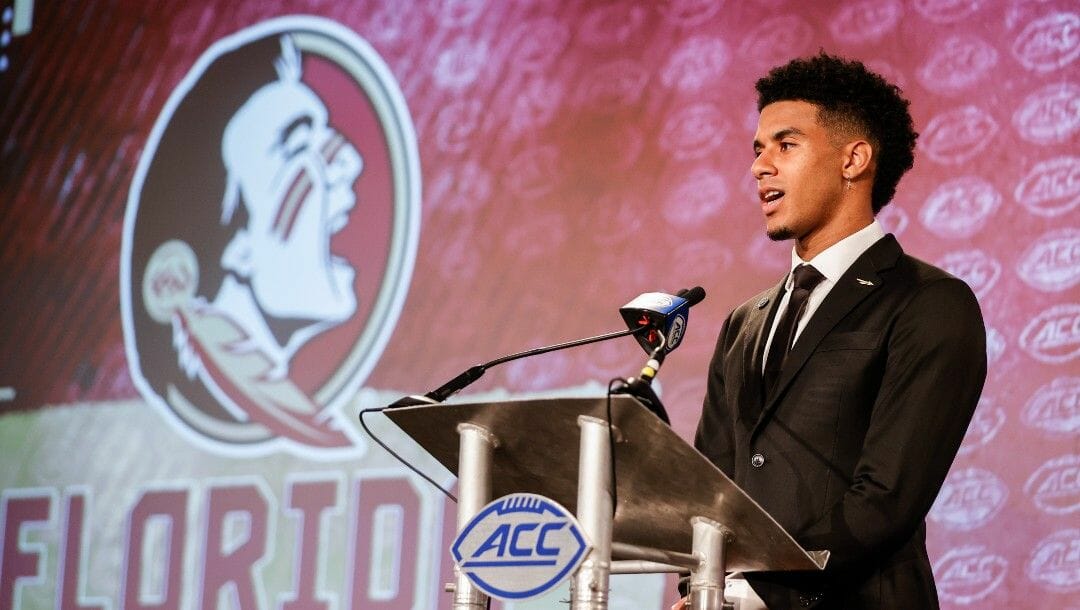 Mike Norvell enters his third season as head coach of the Florida State Seminoles, having amassed just an 8-13 record across his first two seasons. This year they return 17 starters and added several players via the transfer portal, so expectations are for improvement to show on the football field.

They currently have an over/under win total of 6.5 in college football betting.

Jordan Travis will have every chance to run wild as the unquestioned starter at quarterback, and a deep and talented running back room should have this team as one of the top rushing attacks in the ACC.

Mike Norvell on the growth of Jordan Travis: "I couldn't be more proud of an offseason that he's had."

Says his development in learning the offense will be significant in allowing FSU to build its scheme around the QB.

Eight starters return defensively to a unit that allowed 26.5 points per game. The schedule is tough with non-division games against the LSU Tigers, Miami Hurricanes, and Florida Gators. Still, Norvell will start to run out of excuses unless the Seminoles can navigate a winning season.

Here’s a look at Florida State’s schedule with dates, times, opponents, and analysis:

The Seminoles get things started a week early with a Week 0 matchup against an FCS school. The Duquesne Dukes knocked off Ohio a year ago, and Florida State will look to avoid losing to an FCS team in back-to-back seasons.

A big showdown with the LSU Tigers goes down in a neutral site game in New Orleans. Florida State has won four straight meetings.

An early bye week allows the Seminoles to prepare for their conference opener against the Louisville Cardinals. Florida State leads the all-time series 16-6.

The Seminoles have won five straight home meetings against the Boston College Eagles.

Florida State has dropped two straight against Dave Clawson and the Wake Forest Demon Deacons. Last year the Seminoles were thumped 35-14 in an early-season road trip.

This matchup is in the middle of a tough three-game stretch for the Seminoles. They face arguably the ACC’s three best teams in consecutive weeks, and this is a tough scheduling spot on the road against a team that finished 9-3 last year.

Clemson finished 10-3 last year but hopes to compete for an ACC championship and beyond in 2022. This game ends a brutal scheduling stretch as the Seminoles have a much-needed bye week on deck.

The final stretch of the schedule is more manageable than the middle portion. Things get underway with a home game against the Georgia Tech Yellow Jackets.

The Seminoles broke a four-game losing steak against the Miami Hurricanes with last year’s 31-28 victory. Miami enters Year 1 of the Mario Cristobal era with hopes of winning a wide-open Coastal Division, so this is a tough draw for Florida State.

The second of back-to-back road games comes in Week 11 against the Syracuse Orange. The Seminoles lead the all-time series 12-2.

The Seminoles have two non-conference games to end the season, the first coming against Billy Napier’s former team and the second coming against his current team. The Louisiana Ragin’ Cajuns won the Sun Belt Conference title in 2021 but will play for a new head coach in Michael Desormeaux.

The Seminoles have lost three straight against the rival Florida Gators. Billy Napier has a talented quarterback in Anthony Richardson, but the Gators are considered a wild card in the SEC this season.