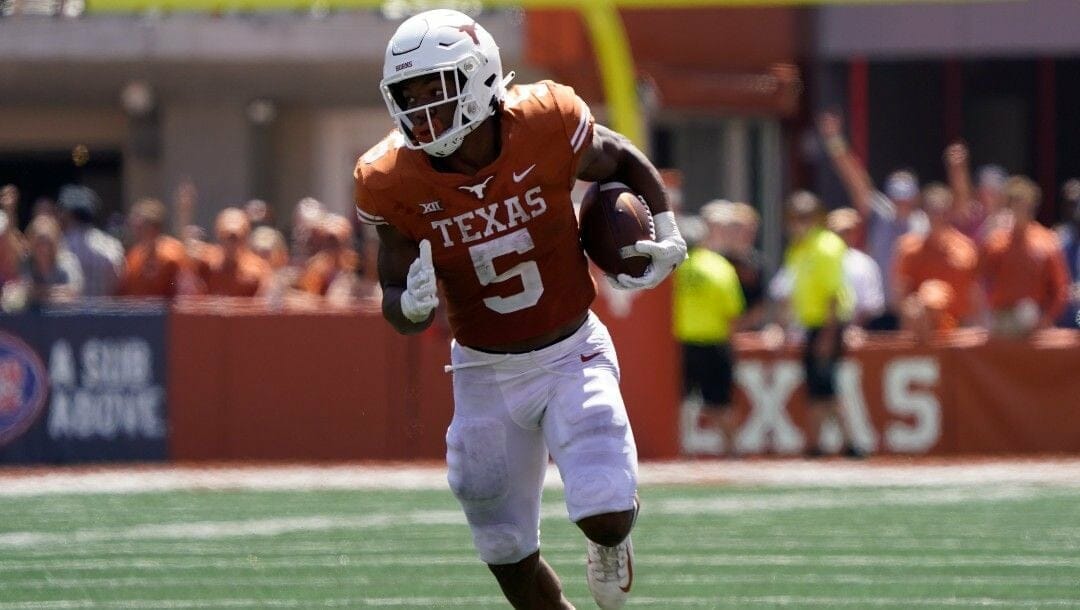 While we’re still well away from weekly college football odds, Heisman Trophy odds are out and available to bet.

So, who’s the running back most likely to win?

The players with the two top NCAAF odds at the position are Texas’ Bijan Robinson and Ohio State’s TreVeyon Henderson.

Below we’ll take a closer look at each player and who has the better chance at winning.

The ultra-talented Longhorns running back showcased his talent in 2021, accumulating 1,422 yards from scrimmage to go along with 15 touchdowns.

He’s in the discussion as the most talented back in the nation and will look to put forth another solid showing in what is likely to be his last season on campus before entering the NFL Draft.

Robinson is sure to put up big numbers in 2022 with Steve Sarkisian leading the offense, transfer Quinn Ewers likely to take over the reins at quarterback, and phenom Xavier Worthy at wide receiver to garner attention away from the running game.

This is an offense capable of putting up explosive numbers and Robinson is the most talented player in the group. While the statistical output should be there, there are questions.

Will Texas improve upon its 5-7 record a year ago? If so, will Robinson be able to outshine his quarterback and Worthy?

Ohio State running back TreVeyon Henderson has the second-shortest odds of any non-quarterback behind only Robinson.

Henderson burst onto the scene as a true freshman a year ago, accumulating 1,560 yards and 19 touchdowns.

Big things are expected from an offense that led the country in scoring a year ago with 45.7 points per game and the second-year back should be a large part of that equation.

That being said, Henderson will have to compete with teammates C.J. Stroud (+400) and Jaxson Smith-Njigba (+5000) for the award, which significantly dampens his outlook.

There has been only one running back to win the Heisman in the last 12 years.

Verdict: Nine of the last 11 Heisman winners have been the quarterback of a Power 5 team. Only once in that span has the award gone to a running back: Derrick Henry in 2015.

While it’s likely both players put up gaudy numbers in 2022, they’ll need to really stand out to have a shot at the Heisman Trophy, although I wouldn’t rule out an invitation to New York.