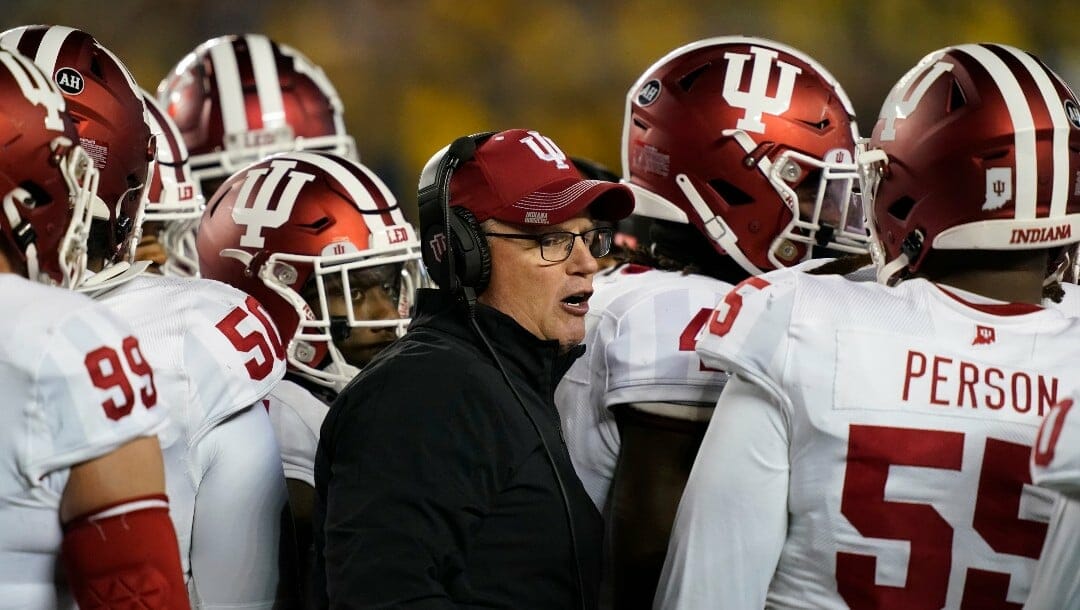 This season is a significant crossroads year for head coach Tom Allen and the Hoosier football program. Allen shook up his staff by firing offensive coordinator Nick Sheridan and hiring Walt Bell. Allen will take over the defensive play-calling duties as well. The Hoosiers have six new coaches and about 40 new scholarship players when you combine transfers and incoming freshmen. It is almost a brand-new team, precisely what IU needed after last season.

The Hoosiers need to rebound from their dismal two-win season. The early schedule is manageable, and if IU wants to get back on the right track, they will have to win early since the back end of the schedule is daunting.

Here is a look at Indiana’s 2022 schedule with dates, times, opponents, and analysis:

Another conference matchup to start the season — IU’s fourth since 2017 (1-2) — as the Illini make their first appearance at Memorial Stadium since 2013. This is a vital game for Allen and the Hoosiers, as a loss would be their 11th straight and 10th consecutive against conference foes. IU has won three straight in the series.

For the second-straight year, the Hoosiers and Vandals will meet in Bloomington. Last season IU clobbered the FCS foe, 56-14. Indiana has not lost to an FCS team since 2006, when Southern Illinois beat them, so it has happened.

Western Kentucky was the Hoosiers’ last victory of 2021 as IU went to Bowling Green and knocked off the Hilltoppers 33-31. The Hoosiers lead the series 4-0, but the last two have been nail-biters for IU fans.

The Hoosiers led the Bearcats 14-0 in the first half and 24-23 heading into the fourth quarter last season.

Due to an untimely ejection of Micah McFadden, a goal line fumble by Tim Baldwin, and a 99-yard kick return by UC WR Tre Turner, the Hoosiers lost 38-24. IU leads the all-time series 9-4-2 and has not made the trip to the Queen City since 1998. Nippert Stadium will be a buzz and ready to knock off another Power Five team.

The last time Indiana visited in Lincoln, they stunned the Black Shirts 38-31. IU leads the series 10-8-3, but they have only matched up twice before as Big Ten foes.

Will Scott Frost still be on the college football hot seat by Week 5?

Michigan restored its power in the series last year with a dominating win in Ann Arbor. However, the last time in Bloomington was IU’s first win over UM since 1987. Two of the previous four at Indiana have also gone into overtime.

A homecoming crowd should be behind the Hoosiers. Can the streak of crazy games in Bloomington continue?

This has turned into quite the rivalry, even if nobody cares. Seven of the last nine games in the series have been one-score thrillers.

The Hoosiers had their three-game streak in the series snapped last year. IU has also won the previous three matchups in Bloomington.

By the time IU played Rutgers last year, they were a broken team. And the Hoosiers got steamrolled 38-3.

They are now one win away from being eligible for first bowl game since 2014. #CHOP 🪓 pic.twitter.com/8dagWqWE8b

Before last season, the Hoosiers had won five in a row against Rutgers, including two home shutouts. A noon kick in sleepy New Jersey can be tricky.

The schedule gets kicked up a notch, maybe three, in November, starting with Penn State. The last time the Nittany Lions were in Bloomington, Michael Penix stretched across the goal line for a Hoosier win. PSU got revenge the previous season by blanking IU. Indiana has only beaten Penn State twice, but November has recently not been kind to the Lions.

IU has not beaten the Buckeyes since 1988. That streak will not end this year.

The Hoosiers lost possession of the Old Brass Spittoon after a 20-15 loss in Bloomington last season. Since 2015, this series has been close with MSU winning four out of six. This is a brutal stretch and the back end of a two-game road swing through two of the beasts of the East.

The Hoosiers will host the Old Oaken Bucket Game for the first time since 2018 due to the pandemic. Purdue boat raced IU last year 44-7 to reclaim the Bucket. Jeff Brohm has gotten the best of Tom Allen three times in four tries. An IU season can be made or broken with the outcome against their bitter rivals.