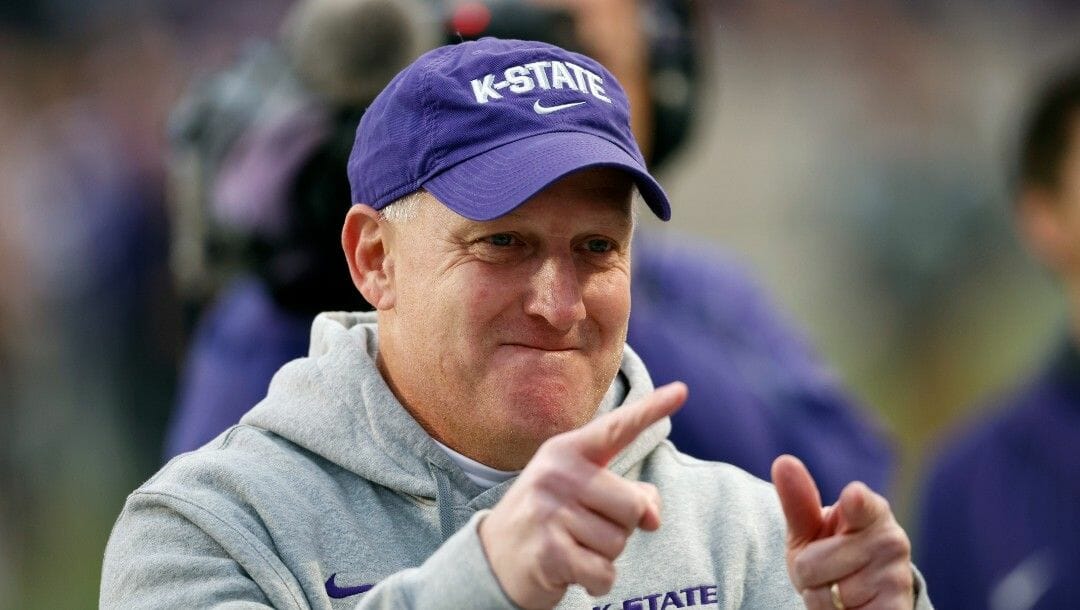 Things are shaping up for a big year in Manhattan for Chris Klieman and the Kansas State Wildcats.

Going into the year, they have an over/under win total of 6.5 in college football betting.

They return 14 starters, led by star running back Deuce Vaughn, who compiled 1,872 total yards and 22 touchdowns a year ago. Adrian Martinez transfers in from Nebraska to assume the starting quarterback gig in a newfound up-tempo system led by first-year offensive coordinator Collin Klein. With seven starters back on a defense that allowed only 21 points per game, this appears to be a dangerous team.

Does the schedule allow for them to make a run in the Big 12?

Here’s a look at Kansas State’s schedule with dates, times, opponents, and analysis:

Kansas State has won all five of the prior meetings. The South Dakota Coyotes finished 7-5 at the FCS level a year ago.

This game will be the 98th all-time meeting between these two programs but the first one since 2011. The Missouri Tigers will have a new quarterback and lose workhorse running back Tyler Badie.

This game is the second meeting between these programs, with the first coming back in 1988. The Tulane Green Wave finished just 2-10 a year ago.

The first road game of the year comes in Norman in Week 4. It’s been a tight series, with four of the last five games decided by one score.

Kansas State has dominated this series, winning 10 of the last 11 games against the Red Raiders. The offense figures to improve in Lubbock under new offensive coordinator Zach Kittley.

The Wildcats have dropped three of the last four meetings. The Iowa State Cyclones return only eight starters but are well-coached by Matt Campbell and expect to remain competitive in the Big 12.

The Wildcats return from a bye week to face the TCU Horned Frogs in Fort Worth. Kansas State has won three straight in this series.

Kansas State has won just four of the last 10 meetings. Mike Gundy and the Oklahoma State Cowboys made it to the Big 12 Championship game a year ago and have high expectations heading into 2022.

The Wildcats have won just one of the last seven meetings. The Texas Longhorns bottomed out at 5-7 last year but have high hopes for Year 2 of the Steve Sarkisian era.

Kansas State has dropped four straight to the Baylor Bears. Dave Aranda must replace a lot from a team that won the Big 12 Championship a year ago.

A difficult two-game road trip ends in Morgantown. Last year the Wildcats snapped a five-game losing streak with a 34-17 victory.

The Wildcats have won 13 straight against their in-state rivals. Lance Leipold enters Year 2 in Lawrence and seems to have the program moving in the right direction.