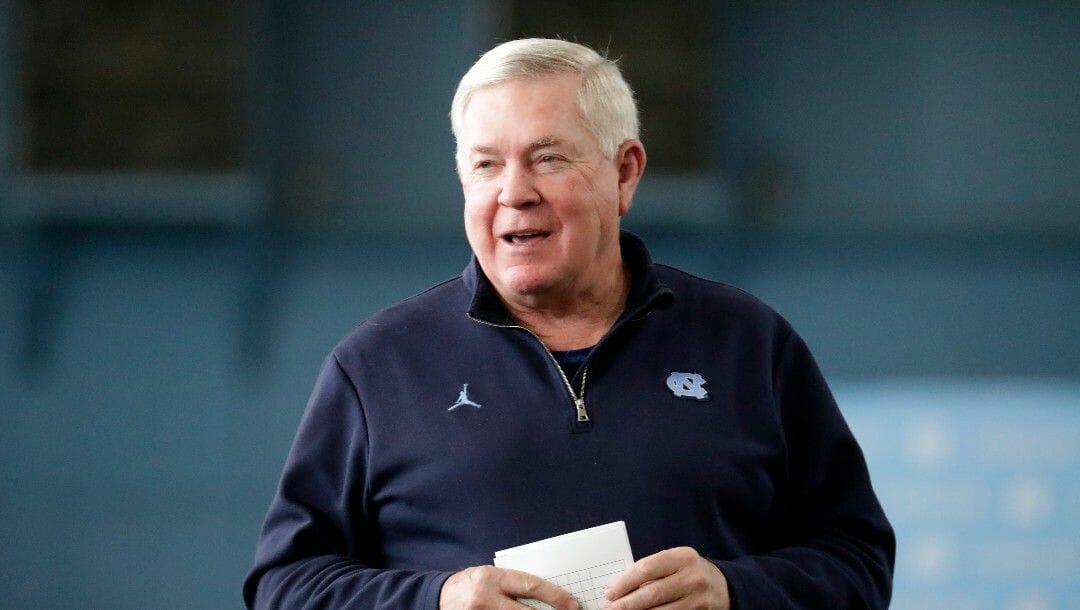 The North Carolina Tar Heels began the 2021 season ranked inside the top 10. By the end of the year, they had a losing record (6-7) and graduated their long-term starting quarterback.

In 2022, they have an over/under win total of 7.5 in college football betting.

Mack Brown enters the fourth year of his second stint in Chapel Hill with much to prove after last year’s disappointment. Sam Howell is gone at quarterback, but two talented youngsters, Drake Maye (yes, UNC basketball great Luke Maye’s brother) and Jacolby Criswell, are ready to take over.

Whoever wins the job will have one of the most talented receivers in the nation to throw to in Josh Downs, but the other skill position players are unproven. A defense that has massively underperformed given the number of blue chips on the roster turns to new defensive coordinator Charlot Warren.

Appreciate it while you can.

Here’s a look at North Carolina’s schedule with dates, times, opponents, and analysis:

The Tar Heels get things started with a Week 0 game in August. Last year, the Florida A&M Rattlers finished 9-3 and lost 38-17 to USF in their lone game against FBS competition.

Not the easiest matchup against a Group of 5 team, and it comes on the road. This will mark the third meeting between these schools, with things knotted up at one.

This will mark the first of three remarkable sets of back-to-back road games for the Tar Heels. The last time UNC played on the road against a Group of 5 team, they lost 41-19 to East Carolina in 2018.

The Tar Heels have two bye weeks thanks to the Week 0 game, so they’ll be refreshed for a home game against a good Notre Dame Fighting team. This Irish have new leadership in Marcus Freeman but figure to remain a tough out.

The Virginia Tech Hokies have won five of the last six meetings. Many believe this will be a rebuilding year under new head coach Brent Pry, but we will see if he shares that same vision.

The second set of back-to-back road games begins with a pivotal showdown against the new-look Miami Hurricanes. Mario Cristobal hopes to shock the ACC in Year 1 and has an emerging star at his disposal in quarterback Tyler Van Dyke.

It’s a good time for a bye week, as the Tar Heels get to rest up and prepare for a competitive Pittsburgh Panthers bunch. Pitt won the ACC Championship a year ago, but they lost a lot of players, and have been on the wrong end of all six trips to Chapel Hill.

Last year, UNC broke a four-game losing streak in the “South’s Oldest Rivalry.” The Virginia Cavaliers return only 10 starters and rank 123rd in returning production in Year 1 under Tony Elliot.

As the final leg of UNC’s third set of back-to-back road games, this is a tough scheduling spot. Wake Forest lost in the ACC Championship a year ago but returns many key pieces, including quarterback Sam Hartman.

UNC has won four of the last seven meetings against the downtrodden Yellow Jackets. Geoff Collins is firmly on the hot seat entering his fourth year in charge.

North Carolina State hopes for an ACC Championship in 2022 with 17 returning starters, including star quarterback Devin Leary. The Tar Heels blew a nine-point lead with two minutes remaining a year ago.