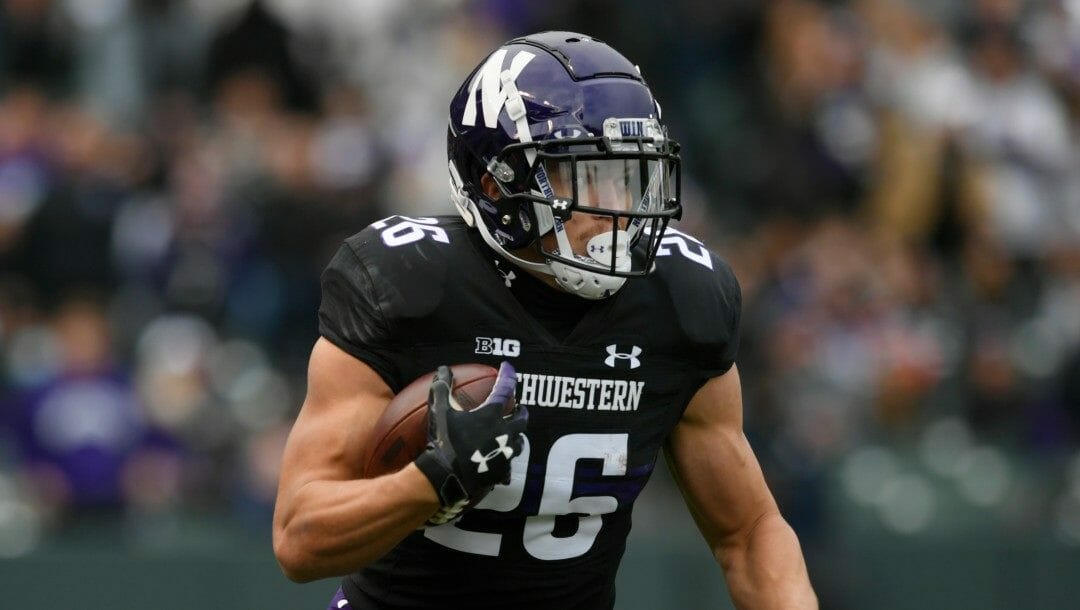 The Wildcats have won two of the last four West Division crowns in the Big 10. However, that is just a sign of the rollercoaster ride they’ve been on the last four years. Northwestern went just 3-9 last season in a dip after going 7-2 with a Citrus Bowl win over Auburn.

When the Wildcats get adequate quarterback play, they have been good. However, 2022 is lining up to be a season where Northwestern has a big question mark under center. It also does not help that they lost All-American safety Brandon Joseph to Notre Dame.

The schedule is unkind to them with a Week Zero trip to Dublin, Ireland, and East crossovers with Ohio State (home), Penn State (road), and Maryland (road).

The word's out on @Hull7Hull.

Here is a look at Northwestern’s 2022 schedule with dates, times, opponents, and analysis:

The Wildcats have won three of the last five in the series. Outside of 2021, this game is usually close and involves overtime. It has become one of the wackier series in the conference. Openers are tricky, conference openers are hard, and combine those two with a trip across the pond, and it’s a recipe for another crazy installment of this series.

The Wildcats have lost the past three games in the series, including a 30-23 defeat in Durham last season. Northwestern will face a Blue Devils team in transition in 2022, as Duke is breaking in a new head coach in Mike Elko.

The Wildcats welcome in FCS foe SIU. Northwestern is 9-3 under coach Pat Fitzgerald against teams from the FCS.

Northwestern has had its hands full with Miami (OH), dropping five of the past seven. The Redhawks should be a contender for the MAC title. This game will not be an easy win for the Wildcats.

A rare trip to Happy Valley starts a rigorous back half of the schedule, including five of the final eight games on the road. The last time these two teams faced off was in 2017, and PSU crushed NU 31-7 in Evanston.

A homecoming game is supposed to be an easy win. That’s not the case for Northwestern, as they welcome in Wisconsin. The home team has dominated this series lately. That may change this year.

Northwestern is 2-0 against Maryland all-time.

Before 2021, the Wildcats had won four of the past five games. NU was close last season in a 17-12 loss in Evanston. This series usually features close, low-scoring affairs. I don’t see why that changes in 2022.

Northwestern has just four wins since 1962 in the series. The last meeting was in the Big Ten Championship game in 2020. Northwestern does not have near the talent that Ohio State has. To catch Ohio State at the end of that gauntlet is unfortunate, but is there ever a good time to play OSU?

Since 2000, this has been a pretty even series. Minnesota has won the last two, and oddly both games were played in Evanston. This matchup could be another low-scoring, old-school Big Ten matchup.

After playing at Wrigley Field last season, a 32-14 Purdue win, the series moves to West Lafayette. It won’t be as scenic, but probably just as cold. The Wildcats have owned the series since 2004 (10-5). Can NU’s defense slow down a high-powered Purdue offense?

The battle for the Land of Lincoln Trophy did not go Northwestern’s way for the first time since 2014. A 47-14 loss in a rivalry that Pat Fitzgerald takes very seriously will not sit well. Expect NU to come out looking to reclaim the trophy at home.