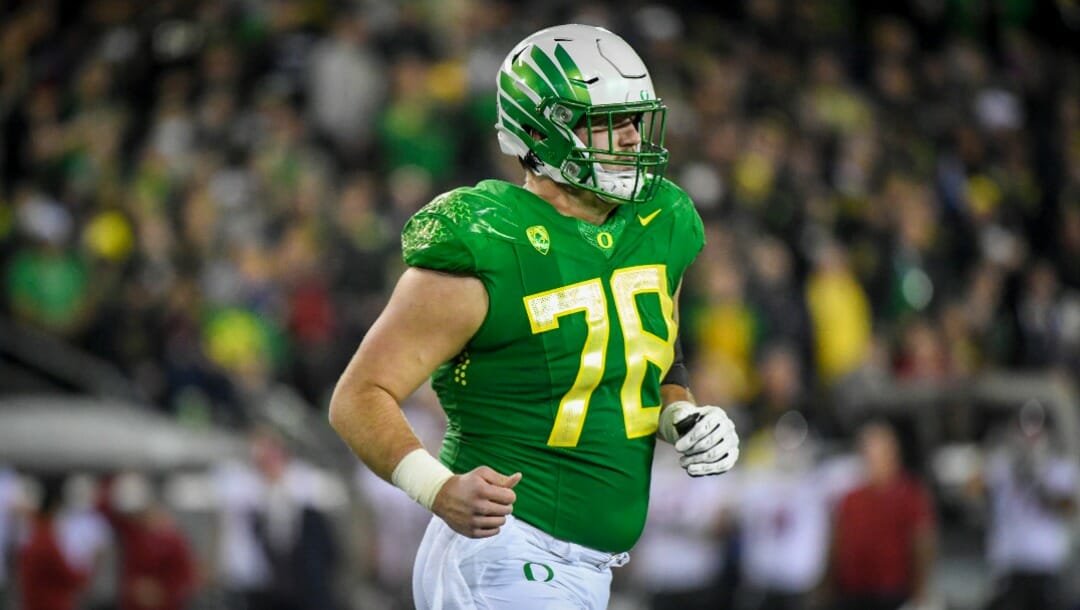 Year 1 of the Dan Lanning era begins in Eugene, and the Oregon Ducks set their sights on a Pac-12 Championship, for which they have the third-best odds at the online sportsbook.

The Ducks lose a lot from a year ago, with Mario Cristobal in Miami, quarterback Anthony Brown graduating, and Travis Dye off to Southern California. Still, the Ducks return 15 starters led by a veteran offensive line. This team is talented enough to make a run, and despite a challenging non-conference slate, they avoid USC from the South and get Utah at home.

Here’s a look at Oregon’s schedule with dates, times, opponents, and analysis:

The Ducks are thrown into the fire to start the schedule as Dan Lanning faces his former team in Week 1. This will be a neutral site game in name only; it will be played at Mercedes-Benz Stadium in Atlanta.

The Ducks have won all 11 previous meetings. The Eastern Washington Eagles are one of the top programs at the FCS level and won 10 games a year ago, including a win over UNLV.

BYU figures to be a tough out after going a perfect 6-0 against PAC-12 teams a year ago. This series is split 3-3, with the last meeting coming in the 2006 Las Vegas Bowl.

Oregon has controlled this series, winning 11 of the last 15 meetings. The Washington State Cougars are a wild card in this conference, with Jake Dickert now leading the charge and Incarnate Word transfer Cameron Ward assuming the starting quarterback role.

The Stanford Cardinal spoiled the Ducks’ fun a year ago with an overtime 31-24 win. Oregon has dropped four of the last six meetings.

Stanford is entering a critical season under David Shaw, who might be on the college football hot seat.

The Ducks have won nine of the last 12 meetings but have dropped two straight in Tucson. The Arizona Wildcats figure to be improved in Year 2 under Jeff Fisch.

Oregon returns from a bye to face its former coach, Chip Kelly. The Ducks have won 14 of the last 17 in this series.

Oregon hits the road to face the California Golden Bears and Justin Wilcox, who allegedly spurned the Ducks this offseason. Dan Lanning will hope to build on Oregon’s 11-2 record against Cal in the last 13 meetings.

This is a difficult scheduling spot as the second of back-to-back road games. Playing in Boulder is never easy, but the Ducks have won three straight there.

Oregon has dominated this buddies rivalry with 15 wins in the last 17 meetings. With new coaches in charge of both teams, it’ll be interesting to see if the Ducks’ success in this series continues.

This most significant game of the season happens to be played at Autzen Stadium, which is a relief for Lanning and company. These teams played twice a year ago, with the Utah Utes winning 38-7 and 38-10.

Oregon has won 12 of the last 14 in this rivalry and currently holds the Platypus after last year’s 38-29 win.