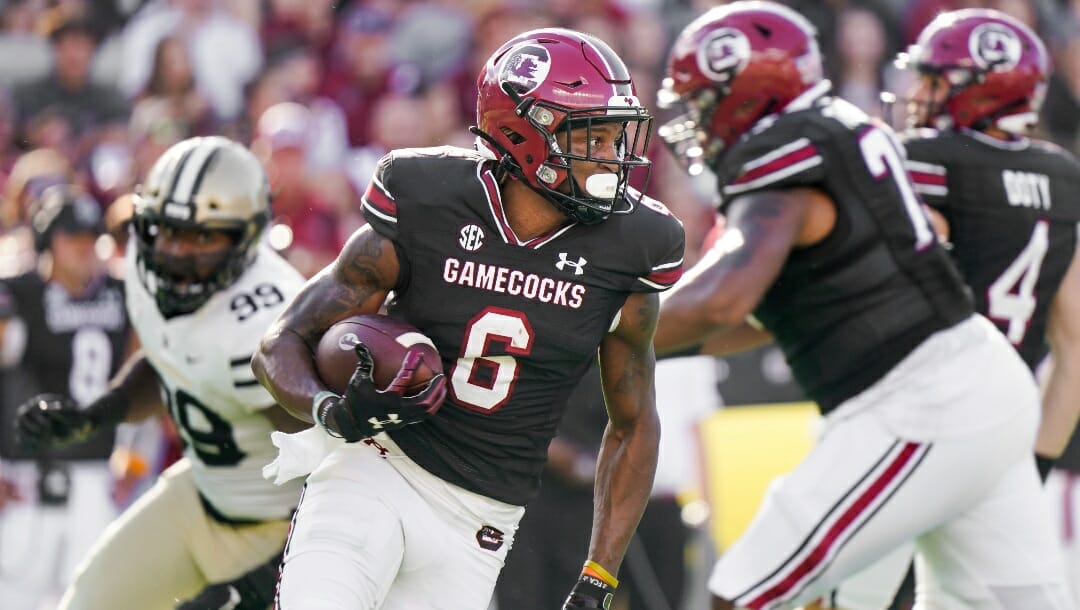 Hopes are high in Columbia in 2022 under Shane Beamer, who has breathed fresh air into the program after the Will Muschamp era. Will that lead to more wins in 2022?

The Gamecocks finished 7-6 a year ago, punctuated by a tantalizing 38-21 bowl victory over North Carolina, and enter this season with a modest win total of 5.5 in college football betting.

A talented transfer class arrives headlined by former Oklahoma quarterback Spencer Rattler. Rattler lost his job a season ago but has a chance to be the answer that the program has desperately been searching for at the position. Receivers Antwane Wells, Corey Rucker, and tight end Austin Stogner also arrive via the transfer portal to join a loaded pass-catching group headlined by game-breaking tight end Jaheim Bell. At running back, Marshawn Lloyd hopes to capitalize on his recruiting pedigree in Year 3 of the system.

Here’s a look at South Carolina’s schedule with dates, times, opponents, and analysis:

This will mark the first meeting between these two schools. The Gamecocks are 16-2 all-time against Sun Belt teams but did lose to App State in 2019.

South Carolina gets SEC play started early with an arduous road trip to Fayetteville as they take on an Arkansas team that has won 10 of the last 11 meetings between the programs.

A tough two-game stretch of conference games early in the season concludes at home against the defending national champions. The path to winning the SEC East goes through Athens.

This could be a potential College GameDay location.

Coming off a pair of challenging games, South Carolina gets a breather and must handle business against a defensively inept Charlotte squad.

This is the first time these teams have faced off since 2009, when the Gamecocks won 38-14. South Carolina State played two FBS games a year ago, losing 49-3 to Clemson and 43-35 to lowly New Mexico State.

This will be a difficult road visit against the Wildcats, who have won four straight in Lexington and seven of the last eight overall.

South Carolina enters this content with an extra week to prepare in hopes of surprising Jimbo Fisher and the Aggies. A&M has won all eight meetings between the schools with an average winning margin of nearly 20 points per game.

Last year’s game was a thrilling one in which Missouri pulled away with a 31-28 victory thanks to two fourth-quarter scores. Missouri has won three straight in this SEC East matchup.

The Gamecocks have won 13 straight against the struggling Commodores. Vanderbilt returns 13 starters in Year 2 under Clark Lea, but this is a long rebuild for the Commodores.

Back-to-back road SEC games with a trip to the swamp to take on the Gators. This will be Year 1 of the Billy Napier era, and Florida figures to be a wildcard in the division.

The middle of a not-so-easy three-game finish to the schedule sees the Gamecocks hosting the Volunteers. South Carolina has won five of the last seven games against Tennesee, but coach Josh Heupel has that program on the come up.

The season ends with the Palmetto Bowl against Clemson. The Tigers slipped a year ago but are still the favorite to win the ACC in 2022 and are considered a playoff contender.