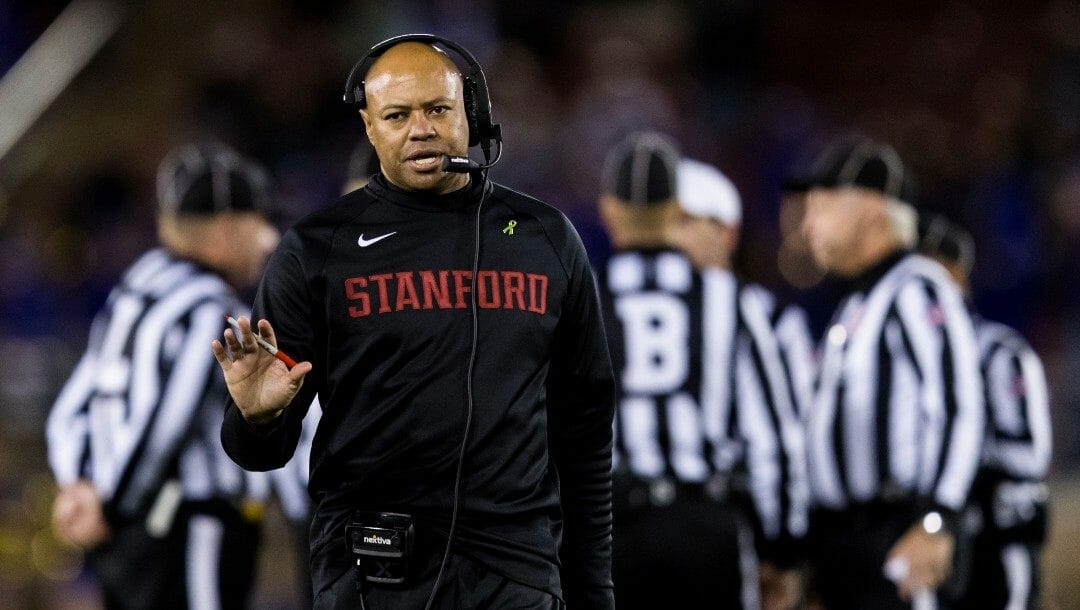 David Shaw and the Stanford Cardinal have not been a factor in the PAC-12 lately, but they have enough talent to get back in the discussion in 2022.

Stanford’s over/under win total for this season is 4.5 in college football betting.

With an 11-19 record over the past three seasons, Shaw will look to silence his doubters this year. The team has a wealth of returning production and brings back 17 starters. The offense leads the way with a talented quarterback Tanner McKee, potential breakout star E.J. Smith at running back, depth at wide receiver, and one of the nation’s best tight ends in Benjamin Yurosek.

It’s a challenging schedule, so getting back to relevance won’t be easy for Shaw and Co.

Here’s a look at Stanford’s schedule with dates, times, opponents, and analysis:

This game is the first-ever meeting between these schools. The Colgate Raiders finished just 5-6 a year ago, and their alone game against an FBS foe resulted in a 51-0 defeat to the Boston College Eagles.

Conference play starts early with a stiff test against Lincoln Riley and the new-look USC Trojans. Stanford has won five of the past eight meetings.

The Cardinals have an early bye in Week 3 and come back with a road game against the Washington Huskies. Stanford has won 12 of the last 17 meetings.

The second matchup of back-to-back conference road games lands in Eugene against Dan Lanning and the Oregon Ducks. Stanford won a 31-24 overtime thriller a year ago.

The Cardinal return home to face an Oregon State Beavers that is improving under Jonathan Smith. Stanford has won 11 of the past 12 in this series, including five straight at home.

This matchup is a difficult non-conference game smack dab in the middle of PAC-12 play. The Notre Dame Fighting Irish will be playing under Marcus Freeman this year and figure to be a top team in the country yet again.

Stanford has won six of the past eight in this series. This contest is a home game that the Cardinal will have to win if they are hoping for a successful season.

This series has been controlled by the Cardinal, who have won 12 of the last 14 meetings. Chip Kelly must replace a lot of production from a year ago, but the UCLA Bruins figure to be a tough out in 2022.

Stanford has lost five straight in this series. This matchup will be the last conference home game for the Cardinal despite it being only Week 10.

A trip to Rice-Eccles Stadium in November is never an easy task, and the Utah Utes are the defending PAC-12 champions. Cameron Rising leads a dangerous offense that averaged 36 points per game in 2021.

The second matchup of back-to-back road games occurs with a short trip to Berkeley. This game will be the 125th meeting between these schools, and Stanford has won 10 of the past 12 in this series.

Stanford won both of the prior meetings between these schools. The BYU Cougars return 19 starters, and this should be a highly competitive game to close the regular season.