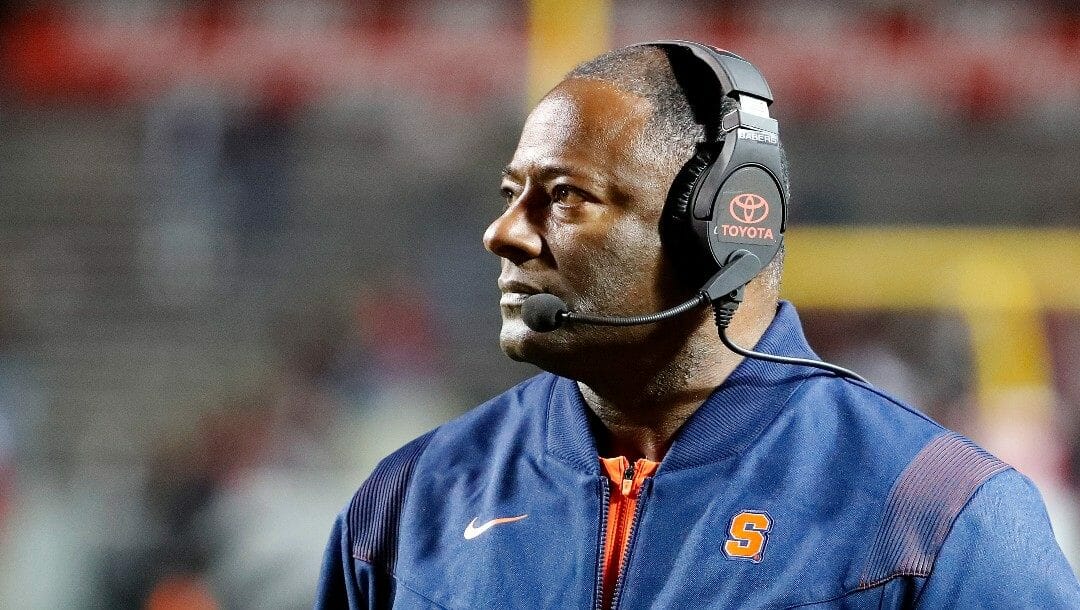 Dino Babers returns for his seventh year in charge of the Syracuse Orange with hopes of making a bowl game. His emphasis this offseason was on the offensive side of the ball and bringing in Robert Anae from Virginia as the new offensive coordinator could pay immediate dividends.

They currently have an over/under of 4.5 wins in college football betting.

Garrett Shrader returns as a run-first quarterback, but Anae plans to open up the offense. Sean Tucker is a star at running back, and the defense returns eight starters to a unit that was much-improved last season. With 17 starters returning, there’s reason for optimism, but the second half of the schedule doesn’t provide many breathers.

Here’s a look at Syracuse’s schedule with dates, times, opponents, and analysis:

The Orange have had a rough time lately in this series, losing three straight by an average margin of 30 points. The home team is 5-0 across the last five meetings, which is a welcome sign for Syracuse.

It’ll be Year 1 of the Jim Mora era for the Connecticut Huskies, but the program is in a rebuilding phase, and Syracuse will be heavily favored.

These teams are meeting for the second time in history, with Syracuse losing the last matchup in 2004. Jeff Brohm and the Purdue Boilermakers figure to have another high-powered passing attack led by quarterback Aidan O’Connell.

This will be the first time UVA visits Central New York as a member of the ACC. The Virginia Cavaliers are beginning the Tony Elliot era and have question marks outside of a deadly passing attack.

These schools have played twice before, with Syracuse grabbing 54-0 and 62-10 victories. The Orange are 5-0 against FCS teams under Babers.

Syracuse returns from bye to begin a brutal stretch of games. The Orange have won just one of their last eight meetings with the NC State Wolfpack, projected contenders in the ACC.

A road trip to face the Clemson Tigers figures to see the Orange as sizable underdogs. Clemson stumbled a year ago, but Dabo Swinney and Co. are always a threat to run the table.

There are no breaks in this portion of the schedule as the Orange host the Notre Dame Fighting Irish in a difficult non-conference game. Syracuse has dropped four straight in this series.

The Orange are on a nine-game losing streak at Heinz Field. Does the name change help? The Pittsburgh Panthers lose a lot from a year ago but figure to be competitors in the Coastal Division, so this is a difficult draw for Syracuse.

This will be Cuse’s easiest game since the beginning of October, but it’s not a cakewalk. The home team has won seven of the last nine in this series.

Two difficult road tests close the season, with the first coming against Dave Clawson and the Wake Forest Demon Deacons. Sam Hartman returns to lead a high-scoring offense for a team that finished 11-3 and made the ACC Championship game a year ago.

A trip to Chestnut Hill to face the Boston College Eagles concludes the regular season. There have been many upsets in recent iterations of this series, which figures to be a tightly contested affair.