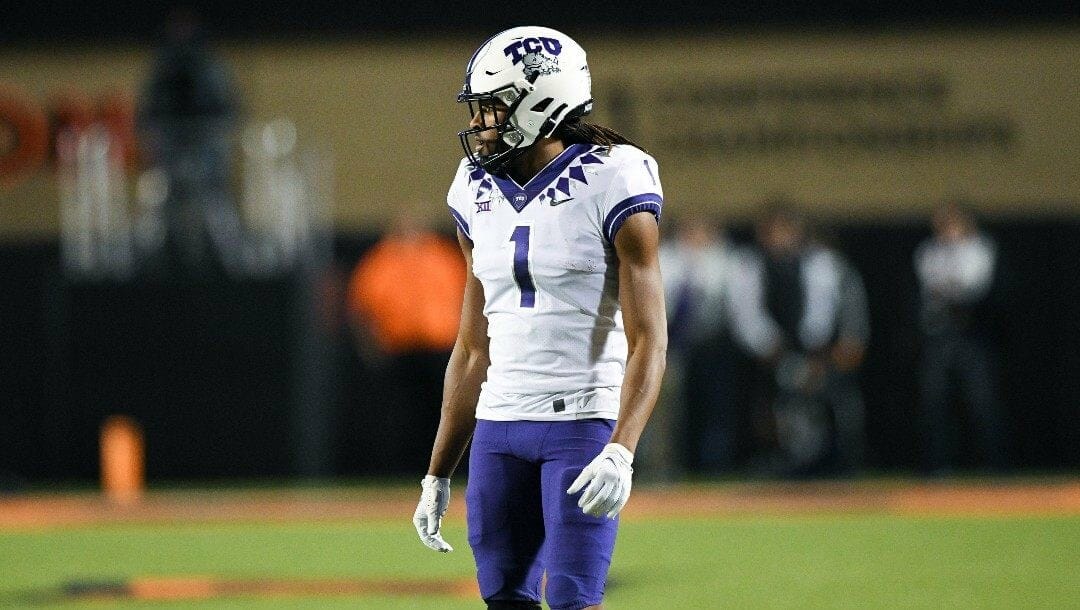 For the first time in over 20 years, the TCU Horned Frogs will have a new head coach. Sonny Dykes begins Year 1 in Fort Worth as the replacement for Gary Patterson, who started his tenure with the program in 1998 and assumed head coaching duties in 2000.

TCU has an over/under win total of 6.5 in college football betting.

Dykes has a reputation for high-powered offenses and has two options to choose from at quarterback in veteran Max Duggan and Chandler Morris, who led an upset victory over the Baylor Bears a year ago.

Whoever wins the job has an emerging superstar in Quentin Johnston to pepper with targets. Zach Evans transferred away to Ole Miss, leaving Kendre Miller as the lead back. The defense switches from a 4-2-5 to a 3-3-5 under new coordinator Joe Gillespie.

Here’s a look at TCU’s schedule with dates, times, opponents, and analysis:

This game marks the first-ever meeting between the two schools. The Colorado Buffaloes finished 4-8 a year ago, while averaging just 18.8 points per game (121st nationally).

Have you never heard of the Tarleton State Texans? You’re not alone — they moved up to the FCS level in 2020 and are members of the WAC.

The Horned Frogs have an early Week 3 bye and return to face Dykes’s former team, the SMU Mustangs. TCU is 17-4 in the past 21 games in this series but has dropped two straight.

Big 12 play kicks off with a home game against the Oklahoma Sooners. It’ll be a battle of first-year head coaches between Dykes and Brent Venables.

TCU has won nine of the last 10 meetings. The Kansas Jayhawks are a program with renewed optimism in Year 2 under Lance Leipold.

The Horned Frogs return home for a two-game stretch. In the past five meetings, TCU has pulled three upsets against the Oklahoma State Cowboys, who fell just short in the Big 12 Championship game a year ago.

TCU has won only two of the past six meetings. The Kansas State Wildcats will be entering this matchup with fresh legs since they have a bye the week before.

This series has been tough on TCU, who is just 1-5 in the past six meetings. The Horned Frogs last won in Morgantown in 2014.

Sonny Dykes will hope to continue TCU’s against the Texas Tech Red Raiders. The Horned Frogs have won six of the past eight meetings, including three straight.

A difficult two-game road stretch begins with a trip to Austin. The Texas Longhorns have been hyped in prior seasons to no avail but have plenty of offensive weaponry in Year 2 under Steve Sarkisian.

TCU has won six of the past seven meetings. The Baylor Bears won the Big 12 Championship a year ago and have big plans in Year 3 under Dave Aranda.

Dykes will hope to reverse the trend in this series. The Horned Frogs have dropped three straight to the Iowa State Cyclones.