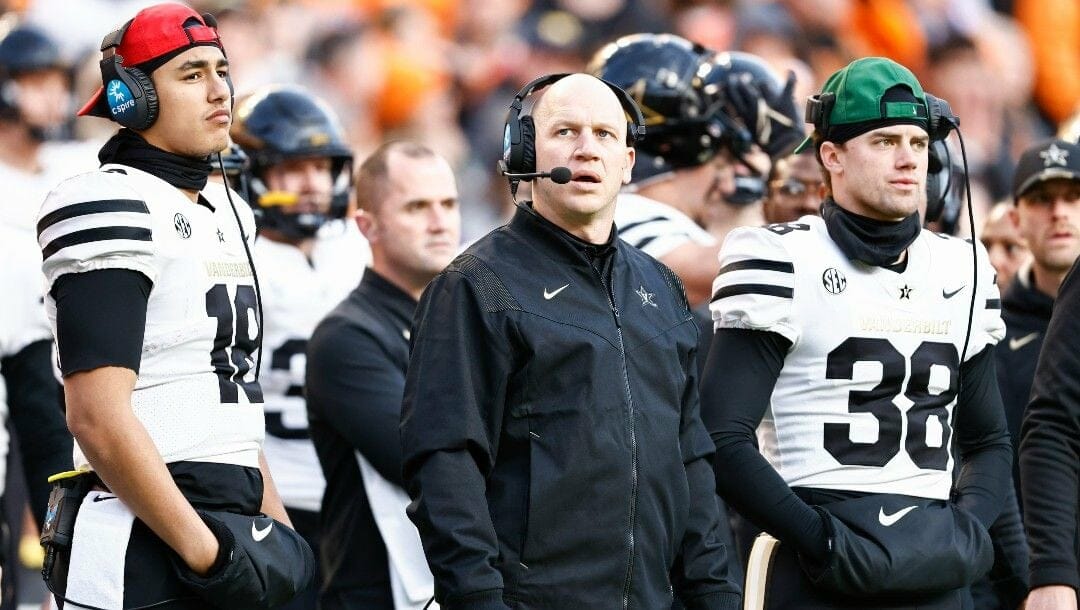 Vanderbilt went 0-8 in SEC play a year ago and had just one conference win over the past three seasons. Clark Lea enters his second year, hoping for improvement in what could be a lengthy rebuild.

The Commodores, who have an over/under win total of 2.5 in college football betting, have a Week 0 game, giving them two bye weeks throughout the year. With 14 starters returning, there is a reason for optimism, but they face one of the most challenging schedules in the country.

Just some 🔥🔥🔥 media day footage for your timeline … #AnchorDown pic.twitter.com/VtYyY36cmT

Here’s a look at Vanderbilt’s schedule with dates, times, opponents, and analysis:

It’s a fun opener to the season in Week 0 and one in which Commodores fans expect a rare win. Hawaii ranks dead last in the county in returning production and will be rebuilding under first-time head coach Timmy Chang.

Vanderbilt has a chance at starting the season 2-0, which would be a nice boost to dampened spirits. The Elon Pheonix went just 6-5 a year ago and lost to Appalachian State 44-10.

Wake Forest lost in the ACC Championship a year ago but returns Sam Hartman at quarterback and figures to be a tough game for any opponent. These teams haven’t played since 2013, but Vandy has won three straight.

The Huskies won the MAC Championship a year ago and ranked eighth nationally in returning production. This game should be competitive, and Vandy is 4-0 all-time against the Northern Illinois Huskies.

These teams last played in 2011 and 2017. Both were shutout victories for the Alabama Crimson Tide.

A much-needed bye week comes in Week 5 early in the season, keeping Vanderbilt rested before a match with the Ole Miss Rebels. The home team has won this series in five of the past six games.

This game figures to be a mismatch and one that the Georgia Bulldogs are already chalking up as a win.

The end of a brutal three-game stretch comes with a bye week on deck. Vanderbilt’s last SEC win came against the Missouri Tigers in 2019.

The Commodores hope for revenge at home after suffering a last-minute defeat 21-20 a year ago.

Vandy hasn’t won in Lexington since 2012, and the Kentucky Wildcats are coming off an impressive 10-3 season. Will Levis returns at quarterback, but only nine other starters return around him.

The Florida Gators have won 15 straight games on the road in Nashville. Billy Napier enters his first year, hoping to keep that streak alive.

Vanderbilt has some chances for wins early in the schedule, but it’s slim pickings to end the year. The Tennessee Volunteers averaged nearly 40 points per game a year ago and hung 45 on the Commodores a year ago.