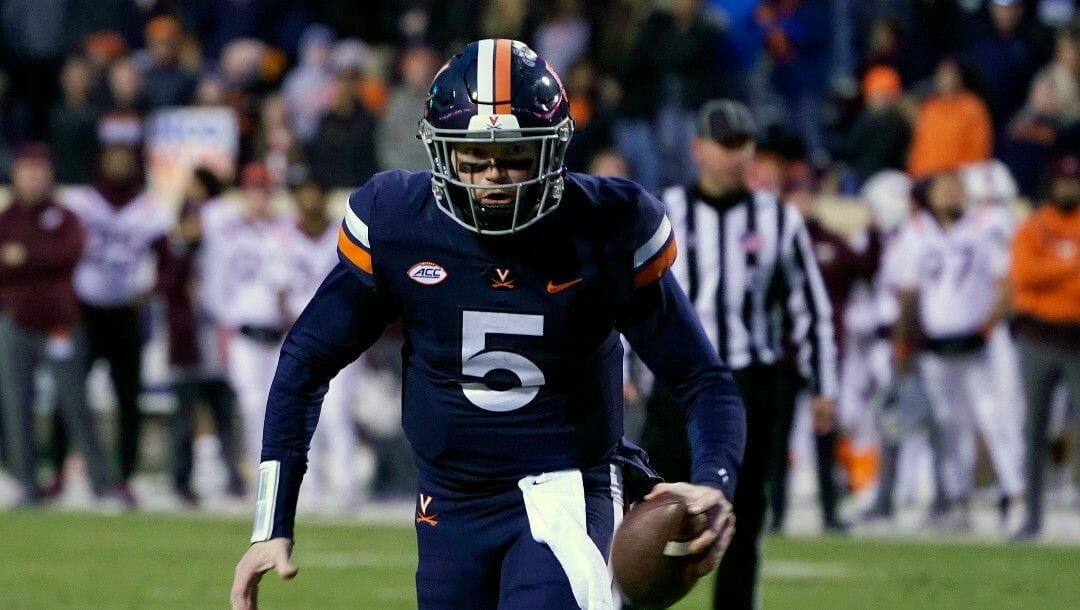 After spending the last six years as Clemson’s offensive coordinator, Tony Elliot arrives for his first season in Charlottesville. The Cavaliers went 6-6 a year ago and return Brennan Armstrong, one of the nation’s best quarterbacks.

They currently have an over/under win total for 2022 of 7.5 in college football betting.

Elliot emphasized improving a dormant run game and a woeful defense that ranked 104th in scoring a season ago. The primary concern is an offensive line group that returns zero starters. After finishing precisely .500 for two straight seasons, what’s in store for the Cavaliers in 2022?

Here’s a look at Virginia’s schedule with dates, times, opponents, and analysis:

The Cavaliers have dominated this series with a 29-3-2 record. The Richmond Spiders finished 6-5 a year ago and, in their lone taste of Power 5 competition, lost 21-10 to the Virginia Tech Hokies.

The Illinois Fighting Illini return only 11 starters and rank 122nd in returning production, but the program seems to be heading in the right direction under Bret Bielema. Virginia won 42-14 a year ago in the first meeting since 1999.

These teams have only played once, with Virginia grabbing a 28-17 win in 2019. The Monarchs rank 30th in returning production and are an improving team.

This one will be played on a Friday in the first of two non-weekend games for the Cavaliers in 2022. UVA has won three straight against the Syracuse Orange.

Virginia has won seven straight against the Duke Blue Devils. It’s not the easiest scheduling spot with back-to-back conference road games, but the season’s first five games are manageable.

The home team has won six of the last eight meetings, which is welcome news for Virginia. The Cavaliers have won two straight against the Louisville Cardinals.

The Cavaliers return off a bye to face the Georgia Tech Yellow Jackets on a Thursday night. Virginia has won four of the last six meetings.

The Cavaliers have won four of the last five meetings against the Miami Hurricanes. With Mario Cristobal in town and star quarterback Tyler Van Dyke, that trend will be challenging.

The Cavaliers have won four of the last five in what’s referred to as the “South’s Oldest Rivalry.” The North Carolina Tar Heels grabbed a win last year in a 59-39 shootout.

Tony Elliot will hope to break a two-game home losing streak to the Pittsburgh Panthers. It’s the third of four straight home games against challenging competition.

The Coastal Carolina Chanticleers are 22-3 over the last two seasons under coach Jamey Chadwell and face Virginia for the first time in school history. The Chants return only six starters and rank 129th in returning production.

Tony Elliot will hope to reverse the Cavaliers’ terrible run of late in the Commonwealth Cup. Virginia has dropped 17 of the last 18 meetings and has lost 11 straight in Blacksburg.