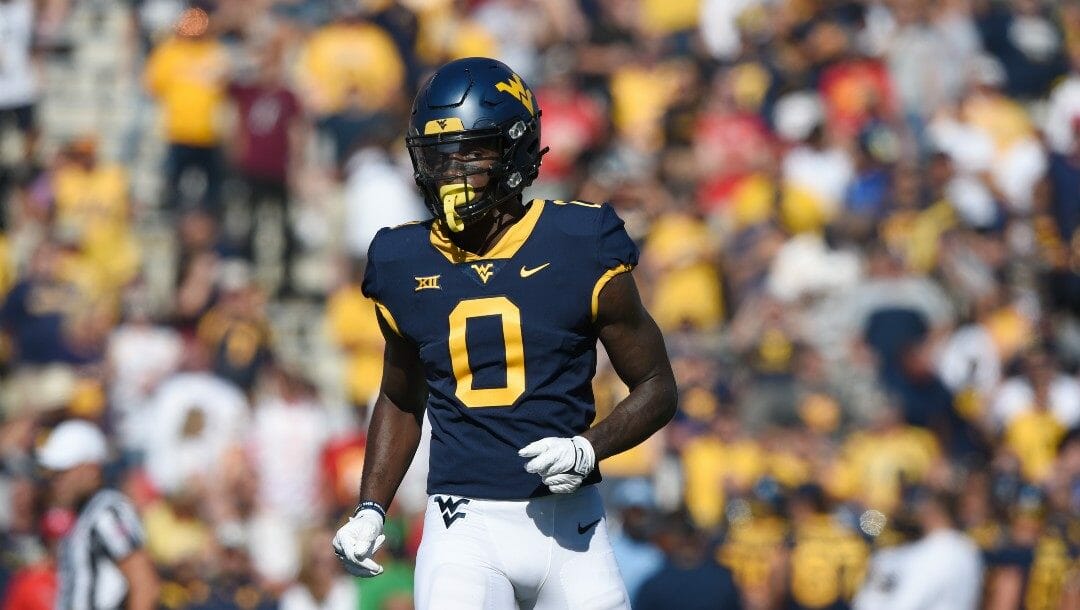 The West Virginia Mountaineers find themselves in no man’s land in the middle of the Big 12 race. Neal Brown is 17-18 across his first three seasons and hopes to break through in 2022.

The Mountaineers have an over/under win total of 5.5 in college football betting.

He made a splashy offensive coordinator hire in Graham Harrell from USC. His former quarterback J.T. Daniels enters via the transfer portal as an intriguing answer at the position which fits the scheme well.

Daniels will have a talented trio of receivers in Bryce Ford-Wheaton, Sam James, and Kaden Prather. This team is solid along both lines of scrimmage and has a chance to surprise the Big 12 if they can manage a tricky (but winnable) non-conference slate.

Here’s a look at West Virginia’s schedule with dates, times, opponents, and analysis:

The Mountaineers are thrown straight into the fire against the reigning ACC champs. This game is the 105th iteration of the “Backyard Brawl,” which WVU has won seven of the last 10 meetings, including three straight.

Conference play begins early with a Week 2 home game against the Kansas Jayhawks. The Mountaineers have won eight straight in this series.

There aren’t many breaks in WVU’s schedule, but this figures to be one of them. The Towson Tigers finished just 4-7 at the FCS level a year ago.

The Mountaineers’ second meeting against an ACC school in the non-conference slate comes against the Virginia Tech Hokies. This Thursday game will be played in Blacksburg, a tricky spot.

These teams have split the past four meetings despite the Texas Longhorns being ranked for three of those games. Steve Sarkisian has a loaded offense in 2022.

The Mountaineers return from a bye to face the reigning Big 12 Champion Baylor Bears. WVU will be hungry to avenge last year’s 45-20 blowout loss.

This game will mark the second straight week in which WVU faces a team coming off a bye. The Mountaineers have lost three straight in this series.

Neal Brown will hope to maintain his team’s success against the TCU Horned Frogs. WVU has won five of the past six meetings, including four straight.

The Mountaineers hit the road to face the Iowa State Cyclones in Ames. Matt Campbell’s team lost a lot of talent and production from a year ago but remains adamant that they’ll remain competitive in the Big 12.

Since joining the Big 12, the Mountaineers have never beaten the Oklahoma Sooners. Last year’s matchup saw WVU come up short in a 16-13 loss.

West Virginia has won five of the past six meetings. The Mountaineers haven’t lost in Morgantown to the Kansas State Wildcats since 2014.

This matchup has been challenging for the Mountaineers, who have dropped seven straight games in the series. A year ago, Mike Gundy’s squad came up just short in the Big 12 Championship.