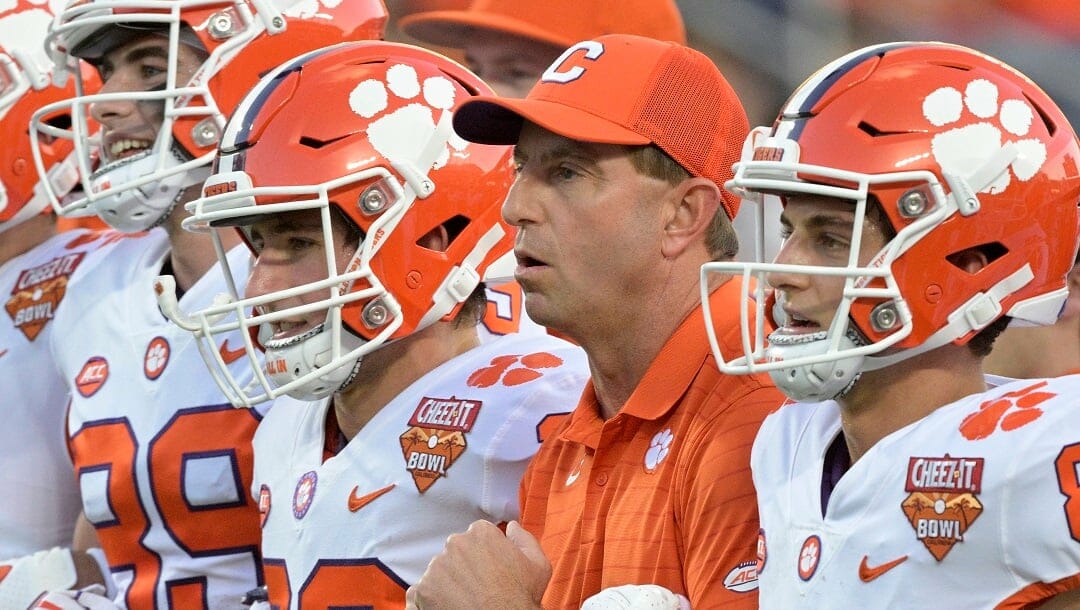 This fall should be an exciting season in ACC country. The 2022 college football season will be the last year where the ACC plays on its current model, with its football schools divided into two conferences: the Atlantic and the Coastal.

Navigating the conference NCAAF odds requires determining who is viable to win their division first.

All that will be gone after this season as the ACC moves to a divisionless Big 12 model.

Given the pending shift for 2023, this season of ACC football should prove more memorable than usual.

Before I hone in on a bet, let’s look at the odds.

At the BetMGM online sportsbook, Clemson is currently the betting favorite to win the ACC at -145.

Like most conferences, the ACC goes through dynastic periods.

Florida State had a 3-year run from 2012-14 that included three ACC trophies, two national championship appearances and one BCS title.

This year, the question is clear: Are we still in the Clemson dynasty? Or is Dabo Swinney on a downward trajectory?

Both the college football betting odds and the preseason media poll have anointed Clemson as the favorite, but that may be because someone has to be the favorite, and Clemson has had the most recent historical success.

Something similar is happening in the Big 12, where Oklahoma is the favorite despite losing massive gobs of offensive talent – including their brilliant offensive head coach.

Bettors who believe Clemson is likely to stage a comeback this season can buy a dynastic program to win a weak ACC at a great price. This is a quintessential buy-low opportunity.

Clemson – far from being irrelevant last year, as some bettors seem to remember it – was only a 2OT loss away from playing in last year’s conference championship, anyway.

The case against Clemson this year is simple. There’s still lots of talent – especially on the defensive line – but Clemson’s long-time defensive coordinator Brent Venables has left for Oklahoma.

Is Clemson’s offensive talent enough to overcome a new coaching staff underneath Swinney? This roster does not include a vintage class of playmakers at running back and receiver compared to what Clemson has had historically. As for DJ Uiagalelei, he’s a pretty clear step back from Heisman contenders of the past, like Trevor Lawrence or Deshaun Watson.

Who Votes on the ACC Football Preseason Rankings?

Who Is the Favorite to Finish Last in the ACC This Season?

Duke was voted to finish last in the Coastal Division of the ACC and has 750-to-1 odds to win the ACC at BetMGM.

A $5 bet on Dukes would yield $3,750 if the Blue Devils won this year’s ACC championship. Something to consider if you’re into online sports betting.

If Clemson doesn’t look like an attractive bet in the ACC championship odds market, here are a few other contenders to consider: