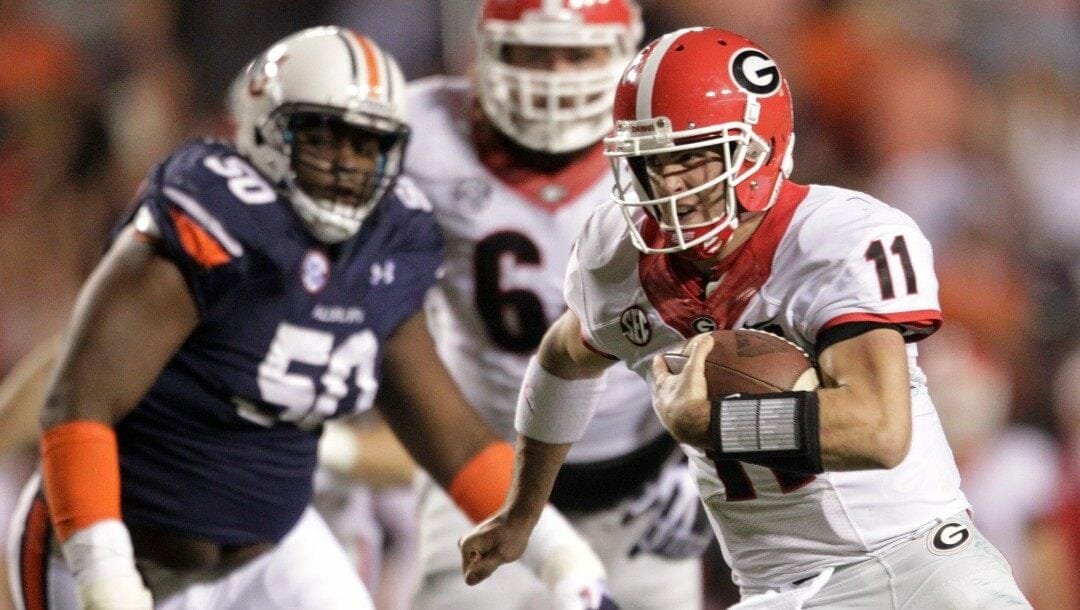 The Deep South’s Oldest Rivalry has its moniker for a reason. The Auburn Tigers vs. Georgia Bulldogs first met in 1892 and have met for 126 games in total.

It’s been a hotly contested rivalry over the years, with Auburn holding a narrow 62-56-8 all-time advantage. In this year’s college football odds, Georgia is +350 to repeat as national champions and +150 to win the SEC. Auburn isn’t getting much respect in the market in Year 2 under Bryan Harsin, sitting at +15000 to win the conference.

Here’s a look atone of the oldest and greatest rivalries in college football:

The 2013 season was a magical one for Auburn. It featured Chris Davis’s game-winning “Kick Six” against the Alabama Crimson Tide, and it also featured “The Prayer at Jordan-Hare” in the Deep South’s Oldest Rivalry.

Georgia quarterback Aaron Murray led a 20-point fourth-quarter comeback to give the Bulldogs a 38-37 lead over No. 7 Auburn with less than two minutes remaining. With only 36 seconds left in the game, Auburn quarterback Nick Marshall threw a pass into a crowded group of Georgia defenders.

The ball would be deflected into the waiting hands of Auburn’s Ricardo Louis, who took the ball 73 yards to the end zone to give the Tigers a 43-38 miracle victory.

This series has been rife with upsets, but perhaps none have been more significant than the 2006 meeting in which the unranked Bulldogs shellacked the No. 5 ranked Tigers by a score of 37-15.

Auburn entered the contest with a 9-1 record and hopes of a national championship run. It didn’t seem like 6-4 Georgia would be the team to spoil those dreams, but that’s why you never know what to expect in a rivalry as heated as this one.

Freshman quarterback Matthew Stafford completed 70% of his passes for 11 yards per attempt, and defensive back Tra Battle had three interceptions in a comfortable 37-15 Georgia victory.

Herschel Walker might be the best running back in college football history, so his nomination as the top performer in the Deep South’s Oldest Rivalry should be no surprise.

The Bulldog star rushed for 5,259 yards and 49 touchdowns over his three-year career. He went a perfect 3-0 in his career against the Tigers and was an incremental part of those victories. He led the Bulldogs to a national championship in 1980 and won the Heisman Trophy in 1982, so he takes the cake as the top performer in this rivalry.