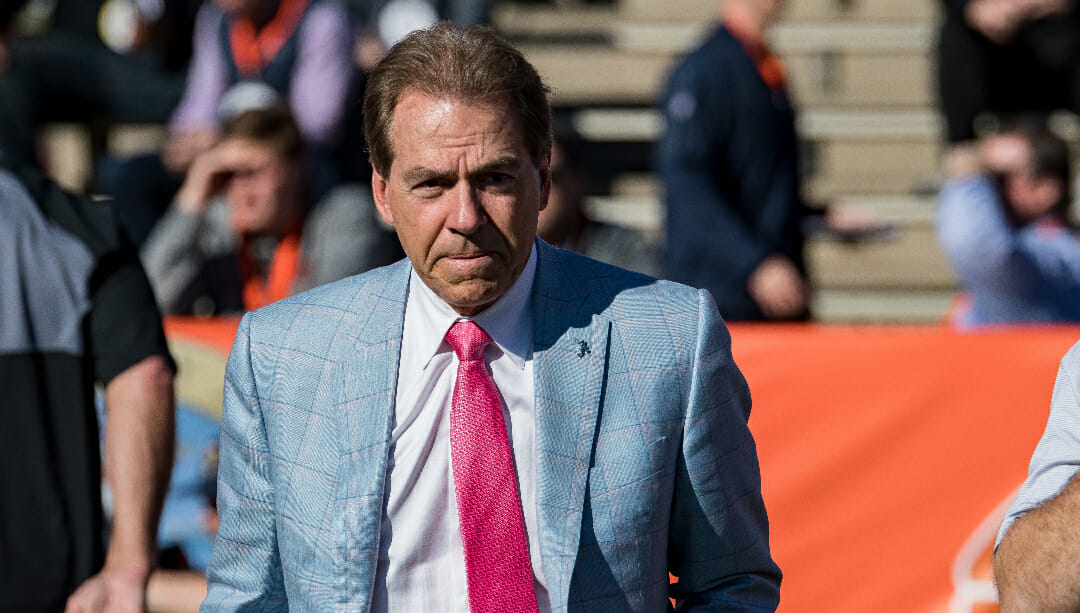 You don’t have to be a die-hard college football fan to know that the Alabama Crimson Tide and Auburn Tigers are fierce rivals. The Iron Bowl is one of the greatest moments of every college football season, both teams typically have some of the best college football odds, and there’s genuine bad blood between the two programs. No other rivalry can’t match the fierceness between these programs.

Depending on who you ask, the history of this rivalry extends to a political dispute over the Morrill Land-Grant Act of 1862. Either way, there’s a ton of history to unpack between these two that first met on the football field in 1893.

Alabama is +190 to win the national championship, and while Auburn may not be currently a top name in the sport, they’re always a live dog to pull off an upset in this matchup.

It doesn’t get much better than The Kick Six. Even if you’ve seen the game-defining play at the end, it’s important to provide some context to understand the gravity of the moment. Alabama entered this contest as the two-time defending national champions, having taken home the 2011 and 2012 titles. They were looking to make it three straight as they were 11-0 coming into this contest and needed a win over their rivals to secure a spot in the SEC Championship, to be beheld the following week.

Auburn was 10-1 heading into this game and put up a great fight, making it incredibly close. After a Nick Marshall to Sammie Coates touchdown for the Tigers tied things at 28-28 with 32 seconds remaining, the Crimson Tide moved the ball to Auburn’s 38-yard line with one tick left on the clock. Nick Saban opted to attempt a 57-yard field goal for the win, and what transpired was pure chaos and college football legend.

The kick fell short, and Auburn’s Chris Davis awaited in the end zone. He took the ball 109 yards to the house for the play known worldwide as the “Kick Six,” creating one of the greatest moments in the game’s history.

Since both programs have performed at such a high level over the years, there aren’t as many huge upsets as some other rivalries. Still, this history is littered with upsets, usually by the lower-ranked Tigers.

One of them occurred in 1989. Alabama entered the contest as the No. 2 team in the country, but No. 11 Auburn had other plans. The Crimson Tide’s national championship hopes were dashed in the first Iron Bowl to be played at Jordan-Hare Stadium.

There are some truly remarkable performances from the running back position in Iron Bowl history, including some from Shaun Alexander and Bo Jackson. Derrick Henry takes this nomination after putting on the best single-game performance in the long history of this rivalry. In 2015 the Tide won 29-13 thanks to Henry’s 46 carries for 271 yards and a touchdown. The sheer volume is impressive, and the workhorse back actually outgained the Tigers’ whole team (260 total yards) on the day.