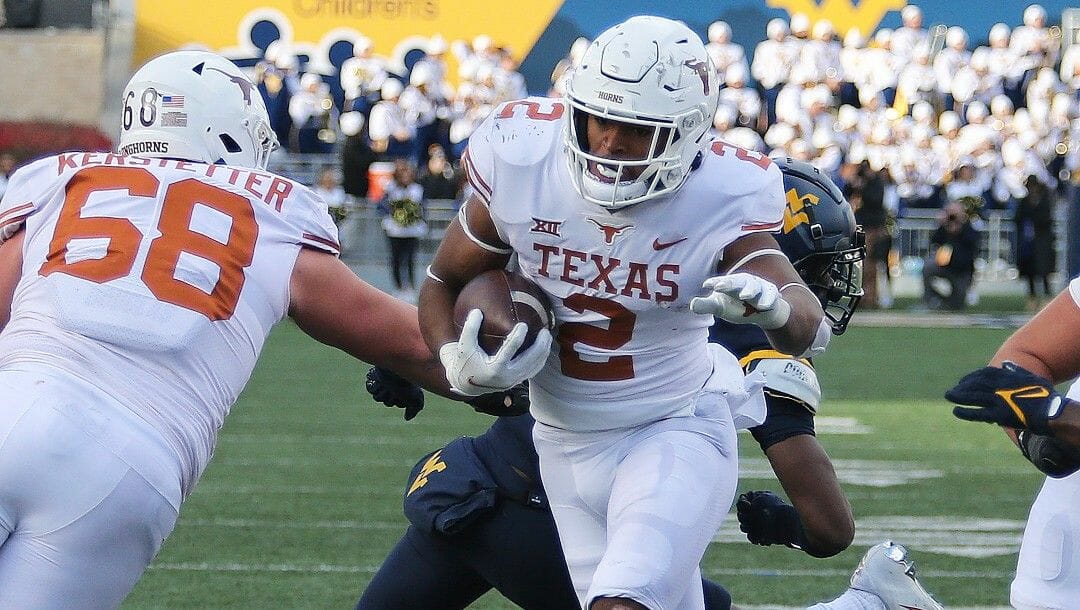 The Oklahoma Sooners and Texas Longhorns played their first college football game against one another way back in 1900. Since that first meeting, this has evolved into one of the greatest rivalries in the sport and great for college football betting.

The Red River Rivalry, or Red River Showdown, as it’s commonly referred to nowadays, has been played on the second Saturday every October since 1934, with the lone exception being in 2018. The Cottom Bowl in Dallas, Texas, has been the neutral site venue since 1932 as the teams fight for the Golden Hat, a gigantic ten-gallon hat awarded to the winner.

With so many iconic moments over the years, let’s reflect on some of the greatest events in this rivalry’s long history.

The 2022 season marks Year 2 for Steven Sarkisian at Texas, as he leads a talented bunch that is +275 to win the Big 12 when it comes to college football odds. The Brent Venables era begins in Norman with high expectations, as the Sooners have the lowest odds to win the Big 12 at +200 and have the seventh-highest national championship odds in the country at +3500.

The magnitude of the 1984 matchup is difficult to overstate, as Texas entered with the No. 1 ranking in the country while Oklahoma was No. 3. Bad blood was in the air as Sooners coach Barry Switzer notoriously wore a hat that read “Beat Texas” during the game. The weather was hard to forget, as torrential downpours and fierce wind made navigating the AstroTurf playing field difficult. The crowd of 75,587 was not deterred and witnessed a stalemate at the sport’s highest level.

Neither offense could get much going in the elements, and the Longhorns led 10-0 at the break despite gaining just one first down in the first half. The Sooners rebounded with two straight scores in the second half to take a 15-10 lead, which became 15-12 after an intentional safety. On their last drive of the game, Texas appeared to have thrown a game-losing interception in the end zone, only for officials to rule the pass incomplete. Texas kicked a field goal as time expired, and the game ended in an unforgettable 15-15 tie.

The No. 10 ranked Sooners entered this contest with a 4-0 record and figured to make quick work of the 1-4 Longhorns.

The Sooners would finish with an 11-2 record as one of the better teams in the country, while Texas was in the middle of three straight losing seasons under Charlie Strong. Despite losing 50-7 to the TCU Horned Frogs the week prior, Strong’s team rallied for the upset win with six sacks of Oklahoma quarterback Baker Mayfield. It’s one upset of many in this series that stands out.

Colt McCoy not only had a 3-1 record in Red River games during his career but also put up some big-time numbers. He completed 67% of his passes for almost 900 yards to pair with six touchdowns against his rivals. Perhaps his best game against the Sooners came in 2008 when he completed 80% of his passes for 277 yards and a touchdown in a 45-35 victory over the No. 1 team in the country.