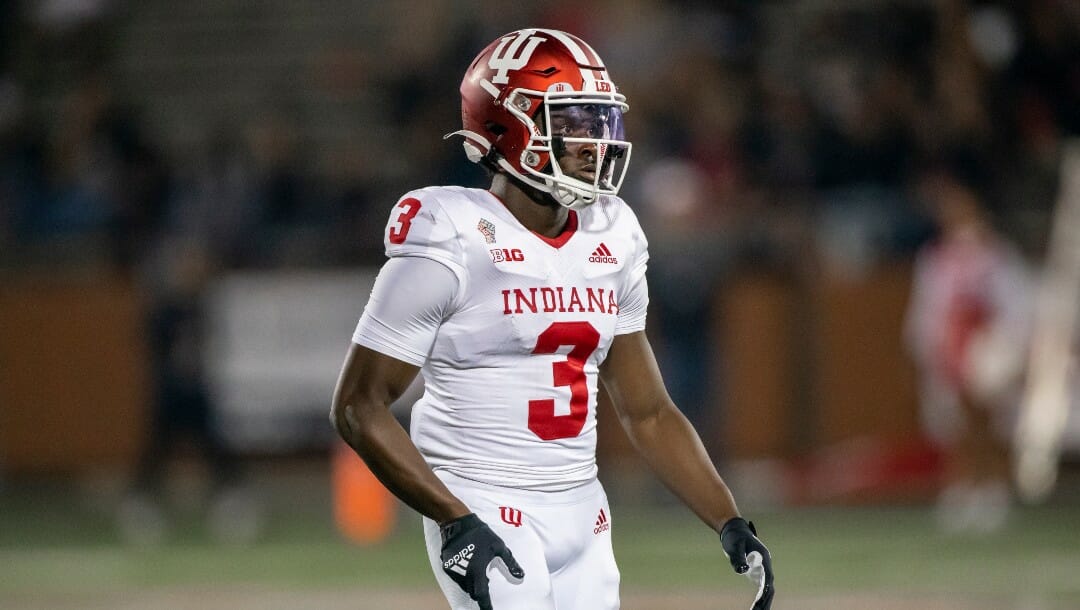 The online sportsbook currently has IU’s win total for 2022 at 4.5, which is the second most wagered college football team win total and the most frequently bet under.

The public doesn’t believe in the Hoosiers in 2022 after the bottom dropped out during a 2021 campaign that saw them go 2-10 and winless in conference. So jumping from two wins to five is a bit of a stretch to many bettors.

The Hoosiers have gone through plenty of changes after last season’s disaster. IU has five new on-field coaches including both coordinators. Head coach Tom Allen will return to calling defensive plays and he brought in former UMass head coach Walt Bell to run the offense.

Sometimes, if you're @IndianaFootball coach Tom Allen and offensive coordinator Walt Bell, you have to improvise. And with spring football underway and down a coach, but development to achieve, they are. #iufb https://t.co/w32OmCQj6f

IU will also have close to 40 new scholarship players in the mix. It is not the same Hoosiers team that walked off the field at Purdue last November. One would think the change will help IU rebound, but it remains to be seen. New additions include quarterback Conner Bazelak (Missouri), running back Shaun Shivers (Auburn), and linebacker Bradley Jennings (Miami FL).

Everyone will find out on September 2nd whether or not the changes will make a difference as IU opens at home against Big Ten foe Illinois. It may not turn many heads, but it’s a big game for the bettors. The Hoosiers are currently a 5.5-point favorite against the Illini.

Indiana’s schedule is not an easy one. They play the usual Big Ten East schedule plus crossovers at Nebraska and home contests against Illinois and Purdue. The Hoosiers also play FCS foe Idaho and talented Group of 5 squads Western Kentucky at home and Cincinnati on the road in the non-conference slate. The Hoosiers could win five games, but they could also have another clunker of a season, though Tom Allen will still be miles away from the college football hot seat if that happens.

Bettors will know early in the season whether or not they made the right pick or not.