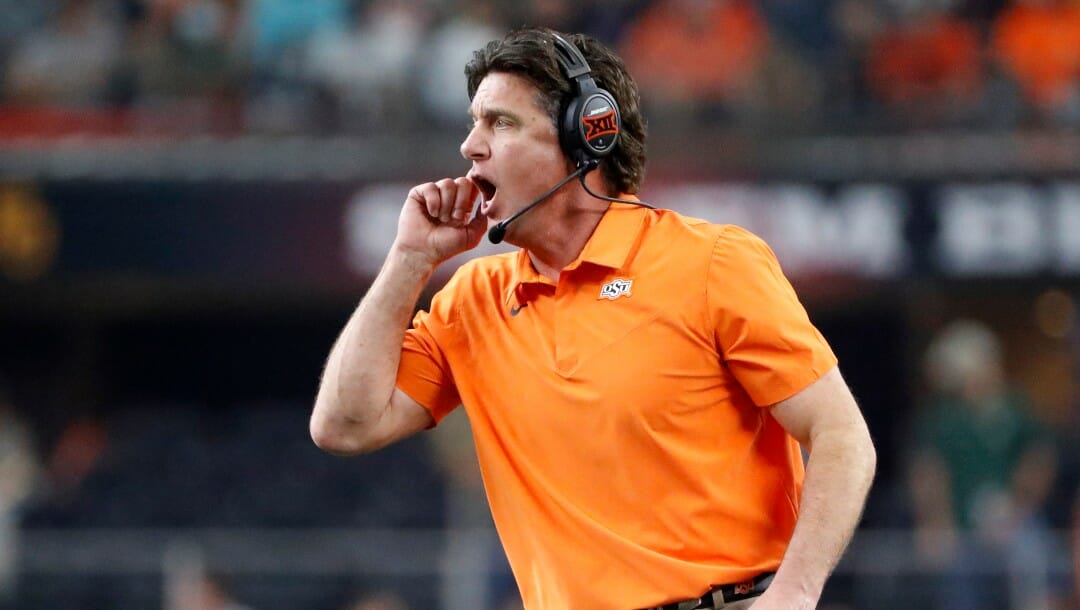 Every team in the Big 12 has played multiple games, and the AP Poll has been updated for Week 4.

Here are all the teams from the conference that were included, some of which have solid college football championship odds.

The Cowboys were off Saturday, enjoying a bye week while their main rivals tumbled in Norman. Oklahoma State remains No. 9 in the poll and is now the favorite to emerge from this season with the conference title.

Mike Gundy’s squad will have their first real test of the season as they go to Waco for a critical conference clash at Baylor. Can Spencer Sanders continue his excellent play against a real defense?

Dave Aranda and the Baylor Bears were slight underdogs as they traveled to Ames to play the unbeaten Iowa State Cyclones. It was hardly a masterpiece, but the Baylor defense held Iowa State to just 2.4 yards per carry, and Blake Shapen had an efficient afternoon, going 19-for-26 with three scores as Baylor prevailed 31-24.

There are legitimate questions about whether or not this offense is explosive enough or runs the ball well enough to win games against teams like Oklahoma or Oklahoma State. However, the defending Big 12 Champions are still a real threat to repeat. They return home for a huge home game against the highest-ranked team in the league, Oklahoma State.

After three consecutive blowout wins to begin the season, the Brent Venables era experienced its first bump in the road. Oklahoma fell at home to the Kansas State Wildcats in a back-and-forth affair that ended in a 41-34 defeat for the home side.

The Sooners barely ever lose in Norman, but Kansas State was undaunted and went right at Oklahoma all night. Adrian Martinez was spectacular, and the OU defense never found its footing.

It seems unlikely Oklahoma has enough on its non-conference resume to warrant playoff consideration, barring significant carnage elsewhere, even if they run the table the rest of the way. The Big 12 Championship is still on the table, but a dream shot at a playoff berth appears to have vanished with the defeat.

The Texas Longhorns lost in overtime to Texas Tech plus the Miami Hurricanes fell to Middle Tennessee State, so there was a spot available at the bottom of the poll.

One week after losing to Tulane, KSU won in Norman and is now ranked 25th. Adrian Martinez ran for four touchdowns and accounted for five scores on the night as the Wildcats had 509 yards of offense. Chris Klieman is a phenomenal coach, and his team was prepared from the opening kickoff with aggression and discipline that led to the upset victory.

Can they follow it up with a home win against a hot Texas Tech squad?

The Kansas Jayhawks are 4-0 and are the top team in the “Receiving Votes” category. In other words, KU is team No. 26 and likely gets in the poll with another win. Texas Tech and TCU are also receiving votes, albeit further down the list.