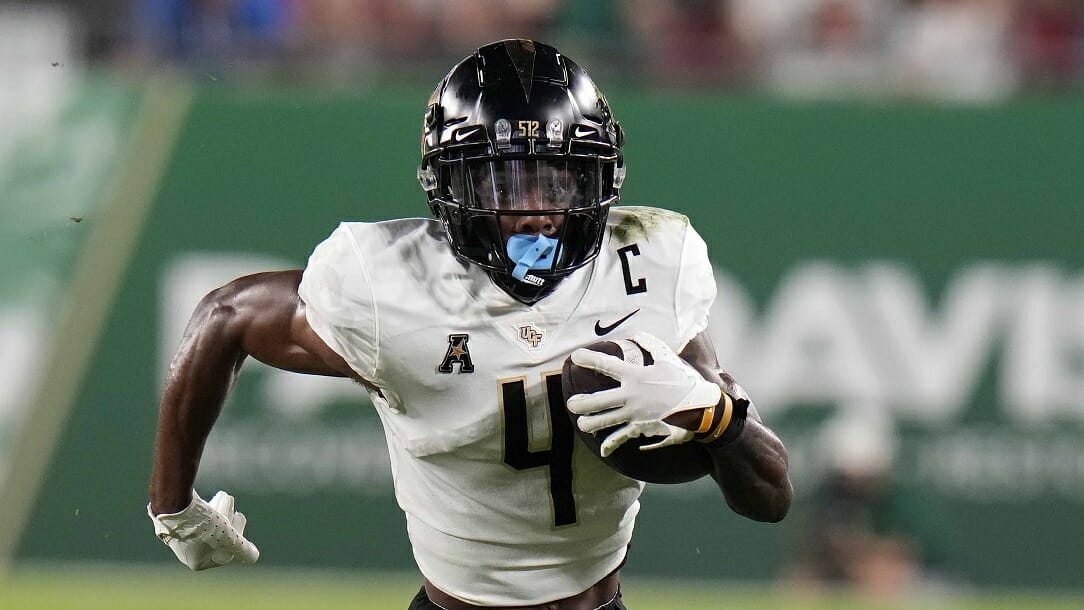 Championship Saturday – also known as Week 14 of the college football calendar – has arrived. With it comes a new table of NCAAF odds.

This week, I’m leaning into several contrarian favorite spots, in addition to the usual ugly dogs I favor in the back half of the college football betting season.

I can’t believe I’m saying this, but I think the MAC Championship – of all the games this weekend! – is my favorite betting opportunity.

Droves of public bettors have tricked themselves into thinking they’re MAC experts because sometimes they have an Akron game on in the background on a slow Tuesday evening. In reality, many probably see that Ohio has more wins and are comfortable taking the points in a close, competitive championship game.

But sportsbooks aren’t in the habit of giving out money for no reason, which means there’s a clear and powerful reason why Toledo was priced as a 4.5-point favorite. In a championship round, that’s a hefty advantage to lay.

Remember back in 2019, when No. 5 Utah was likely headed to the College Football Playoff? All it needed to do was dispatch Oregon in the Pac-12 title game. The Utes were 6.5-point favorites, in part because everyone wanted to bet on the Utes to win the game and end the Pac-12’s CFP drought.

There’s a unique kind of flawed logic that appears around this time of year in college football betting. I call it that team has more to play for bias, and it makes a 3-point favorite team more like a 7-point favorite.

Three years ago, Utah bettors suffered from it when they laid nearly a touchdown against a really good Oregon team in a championship game. Ironically, Utah is now playing spoiler to USC, which is in nearly the exact same position… but we’ll table that conversation for another time.

I bring all that up because there are similar fallacies at play in the American title game between Tulane and UCF.

Tulane isn’t going to be mistaken for a College Football Playoff contender any time soon, but they are an American Championship win away from seizing a New Year’s Six bowl game invite as the highest-ranked program that’s not from a P5 conference. Thus, many bettors like Tulane. They have something more to play for.

In reality, both teams have a lot to play for: A conference championship. It’s the thing that every good coach tells his team they want to win at the beginning of the year.

Both sides probably want to win this game pretty badly, but the market perceives one side as inherently less valuable for factors that are entirely unrelated to football or handicapping. In my opinion, that’s one reason why this number has moved from Tulane -2.5 to Tulane -4.

UCF is live to win at Tulane just like it did three weeks ago. Four points is a nice key number to own in a championship game, too. Even if UCF loses this rematch, they can still cover a tight game with a good number like this.

This is less a play on Clemson than it is a bet against North Carolina. The Tar Heels were a huge regression target as the season flipped to November, with UNC barely scraping out single-score wins against bottom-feeding ACC teams.

Outright losses to Georgia Tech (+21) and NC State (+5) revealed who North Carolina actually was – a good-not-great team whose positive luck eventually started to run out.

This isn’t a vintage Clemson team, but I think there’s a reason the sportsbook is comfortable offering an explosive North Carolina offense seven points plus the hook.

Clemson doesn’t have a prayer at the playoff, but it should win this handily.

Want to check out the full Week 14 podcast on how to bet college football? Don’t forget to subscribe to The Lion’s Edge for intelligent, weekly insights into trends and betting tips across the online sports betting world.