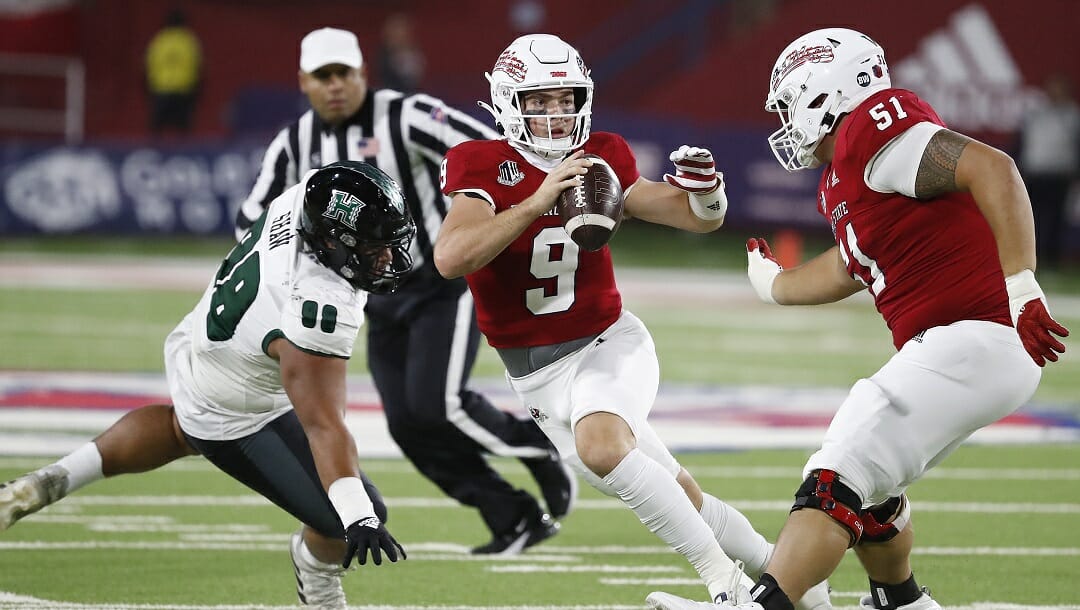 Week 12 of the college football calendar has arrived, and with it comes a new table of NCAAF odds.

This week, I’m leaning into several contrarian favorite spots, in addition to the usual ugly dogs I favor in the back half of the college football betting season.

I was down on Penn State as recently as a couple of weeks ago when it traveled to Indiana.

The Nittany Lions had played Michigan last month and lost, 41-17. They hosted Ohio State three weeks ago and lost, 44-31.

With the division completely out of reach, how invested would these Penn State kids really be in traveling to small towns in the midwest to cover huge numbers against mediocre teams?

Pretty invested, as it turns out. James Franklin has kept Penn State rolling, piling up 30-point wins against Indiana and Maryland the past two weeks. Happy Valley has now covered in four straight games.

There’s always the chance for a drop-off, as any team can fail to cover a number at pretty much any time. But Penn State is bludgeoning these bottom-half Big Ten teams by several touchdowns, and I’m starting to feel unconvinced these spreads in the 10-20 range are enough of a marketplace deterrent.

This is a rare super-public side I’m happy to sign my name on because the sportsbook hasn’t adjusted the price enough.

We all know I love to play unranked favorites against ranked teams, but this spot is just as much about who these two teams are right now in Week 12.

NC State is 1-4 ATS in its last five games, largely thanks to the absence of quarterback Devin Leary, who is out for the season with a torn pectoral muscle.

On the other hand, Louisville had covered four straight before its loss at Clemson last week. And we can hardly knock a team for losing at Clemson, right?

The Cardinals are one of my top sides of the week in a bounce-back spot, and I’d consider alt lines like Louisville -7 for a greater return.

Miami closed as an underdog to Georgia Tech last week. What exactly have we seen from Mario Cristobal’s squad this year that makes anyone think they can go to Clemson and be remotely competitive?

Miami is 2-8 ATS this season because it has been consistently overvalued and overbet in the college football odds market. Unsurprisingly, Miami plus all these points is a big public dog, attracting a majority of the ticket volume market-wide.

Remember: This is the same Miami team that got blown out at home two weeks ago by rival Florida State, 45-3. I expect a similar result this weekend.

I’ve already got three favorites down, so how about something that feels a little less square?

One year after a ceiling-shattering appearance in the College Football Playoff, the Cincinnati Bearcats are playing with arguably its highest public profile in program history.

That’s awesome for Cincinnati. But if you know how college football odds work, it also means UC has been grossly overvalued for most of the season. The Bearcats are a brutal 2-8 this fall.

Cincinnati lost a ton of NFL Draft talent from last year’s team, yet its still handicapped aggressively when playing middle-tier American teams. That includes on the road, where it hasn’t covered a game all year.

Cincinnati is often a double-digit favorite when it plays a bottom-half conference opponent regardless of venue. The Bearcats laid 10.5 at Tulsa, 27.5 versus South Florida and 18.5 against Navy. They won all three games by 10 points or less.

Hanging Cincinnati as a 17-point favorite at three-win Temple feels about right… but it’s too big a number based on how both teams have played.

Cincinnati has played a spate of one-possession games over the last month. Temple, for its part, has come on strong over the second half of the season; since getting destroyed by UCF in a Thursday night game in mid-October, two of Temple’s three losses have been one-score games. The Owls have covered four straight.

Cincinnati is the likely winner here, but Temple remains a good bet post-UCF because its value has bottomed out, and no one has bothered to check back in to see that they’re surprisingly competitive.

North Carolina might be a fringe playoff contender, but its defense is so bad it takes a full 60 minutes for the offense to close a game out.

Go check out the North Carolina resume. Of its nine wins, only two have come by more than one possession. Only one has come by a margin of 21 or more.

Well, about that. Since Geoff Collins was fired, the Yellow Jackets are actually 3-4 with wins over Pitt, Duke and Virginia Tech. They’re far more competitive than you might realize – especially on the road, where they’re 3-1 ATS this season.

Georgia Tech is an ugly dog indeed, but North Carolina’s body of work makes it clear they can’t put anyone away. That includes the bad teams, of which there are plenty in this year’s ACC.

Colorado State has covered nine unders this season and is the most reliable total bet in college football. I should know; I track college football total trends for The Roar every week.

This week, they travel to play an Air Force team that runs the ball (and the clock) hyper-consistently. The Falcons have hit three of their last four unders, too.

It’s a simple handicap here, as I’m riding a trend that’s far from broken. This game starts at 9 p.m. ET and will likely be over by midnight. A steady run game and a tidy game time are very friendly to under bettors.

College football fans were very happy when Jake Haener returned from injury a few weeks ago, and Fresno State has been fun to watch ever since.

After a tune-up against San Diego State for his Oct. 29 return to action, Haener has thrown seven touchdowns and zero picks over his last two games.

Now, Haener leads the Bulldogs to Reno to play dreadful Nevada, which has already been an underdog in this 21-24 range on four previous occasions this season. It’s 1-3 against the number in those games.

Fresno has been up and down this year because of the Haener injury, so it was a little surprising to see it priced as a four-touchdown favorite against Hawai’i two weeks ago. Public bettors took the points en masse. Fresno covered with ease, 55-13.

Conversely, Nevada spent the first half of the season playing the rest of the bad teams in the western United States, lining up Texas State, Colorado State, Hawai’i and more. Finally, last week, it had to play Boise State (-21). It was a 41-3 whipping.

Haener-led Fresno has shown it can cover big numbers against bad teams, and Nevada has shown it can’t compete anywhere near the top of the conference. A majority of bettors market-wide are taking the points with Nevada, but Fresno is a smart spot for a contrarian favorite bet.

I’ve already got a lot I like on the board this week, so I’m taking a shot here with a two-team underdog parlay that pays out at +392.

Want to check out the full Week 12 podcast on how to bet college football? Don’t forget to subscribe to The Lion’s Edge for intelligent, weekly insights into trends and betting tips across the online sports betting world.