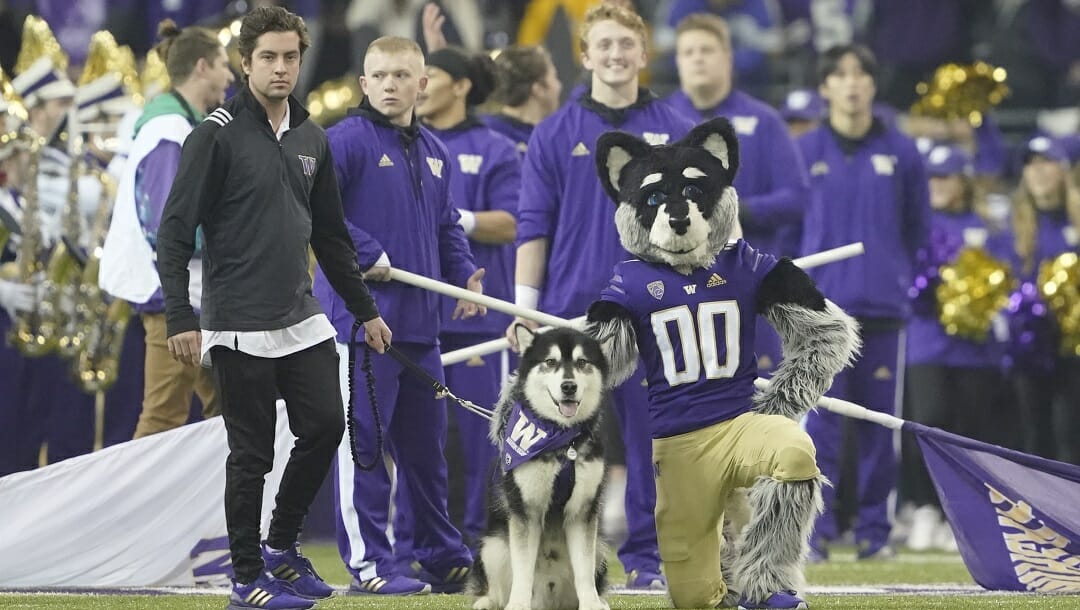 Week 4 of the college football calendar has arrived, and with it comes a new table of NCAAF odds.

After I’ve handicapped the whole board each week, I will publish my five best plays from the wider canon of college football odds. (I’m including a bonus pick this week since I like the Thursday Night Sun Belt game so much.)

Here’s one of the two superior Thursday Night Football games this week. (The other is my Mountaineers heading down to Blacksburg to defend the Black Diamond trophy.)

While Eers/Hokies is obviously my preferred watch, this Sun Belt game is actually much more interesting from a handicapping perspective.

Coastal Carolina has been a big name in college football over the last two seasons and is off to a 3-0 start this season. Its opponent, Georgia State, is 0-3 and just lost to Charlotte, who was fresh off a loss to FCS William & Mary.

Strangely, though, the line here is just Coastal -2.5. This is noticeable not just because of the surface-level gap between teams but also because -2.5 is one of those bait lines that sportsbooks will toss out to attract gobs of public action.

About 70% of tickets are on Coastal Carolina here, yet the line is already starting to creep down from -2.5 to -2.

This will be one of the biggest sharp/square college football betting splits of the entire season. I liked it so much that I had to staple the Panthers onto the front of my picks here as a bonus cap.

Georgia State is 0-3 and just lost (at home) to Charlotte. You know… Charlotte, that lost to William & Mary. That Charlotte.

Coastal Carolina (3-0) has been a big name the last couple years in CFB. Tonight, they go to GaSt. The line: Coastal -2.5. SMELLY.

JJ McCarthy is officially one of the top Heisman favorites – he’s one of the biggest movers in the  Heisman Trophy odds market since the season started.

There’s a reason Harbaugh was willing to risk locker room mayhem to get this guy in the game.

Perhaps you see where I’m going with this.

Team totals haven’t been posted for this game yet at the BetMGM online sportsbook, but because Michigan is a 16.5-point favorite in a game with a total of 65, we can assume that Michigan’s team total will be right around 41.

Just like I played the Oklahoma TT last week, I like the Michigan TT over here in this spot – at virtually whatever number gets posted. (Like I said, I think it’ll be right around 41.)

You can call me a homer all you want, but I’m just telling you – JMU +7 is too many points.

This old FCS rivalry is about to get renewed, and JMU is off a bye. The wild variance we’ve seen with App State’s performances through the first three weeks of the season is more important than that, though.

App State is 2-1, but they could easily be 0-3. They played with statistical fire in their win over Texas A&M. There was the ridiculous ending against UNC. They would have lost to Troy if not for divine intervention. This is a chaotic team with a susceptible defense, prone to playing one-possession games.

JMU is prepared and dynamic on offense. I’m not convinced JMU wins, but seven points is too many. This should be JMU +3.5 or +4.

I got it at JMU +10 last week and feel awesome about it. I would still bet it confidently at +7.

I said it at the beginning of the season. I said it last week when I gave out Ole Miss/Georgia tech Under 61. The Ole Miss defense is really good.

However, the Ole Miss defense is not the first thing that most who bet college football think about when they think of Lane Kiffin’s Rebels. That’s why these numbers continue to be way too high.

Tulsa has scored some points this year, but they haven’t played anything close to the Ole Miss defense in Oxford. I’m going to keep smashing these numbers until the book adjusts the market.

Willie Fritz’s Tulane squad is fresh off an upset of Kansas State in Manhattan, which means this number is way more inflated than it would have been seven days ago. So on fundamentals alone, Southern Miss is a target to buy here.

And as I observed in this week’s Sun Belt power rankings, USM was the only Sun Belt team that actually did its job last Saturday.

Admittedly, I think highly of the Golden Eagles, but I do think Southern Miss is live to win this game. That means that 13 points is just far too many, and I’m happy to sell high on Tulane.

This is one of my favorite bets of the week. It was also my selection for our BetMGM college football staff picks, so head over there and check out the whole gang’s handicaps after you’re done with mine here.

Washington is coming off the home win over ranked Michigan State, and as I told you last week, every pro in the world (including yours truly) was on Washington.

Now, the public is in a rush to jump on the Washington bandwagon. However, the public doesn’t realize that Stanford has covered four of its last five against Washington (including three outright wins) and is coming off a bye.

This is just the latest bandwagon to sell. But as a bonus, this game is full-blown #Pac12AfterDark, which means Stanford is live to win outright at +400.

Last week’s moneyline parlay was a very easy cash. This week’s will be a much tougher ticket, as I’m looking to throw a few short underdogs together for a 9-to-1 ticket:

There’s a decent case to be made that all three of these sides are actually the superior team in their Week 4 matchups, so I love that I can get +915 on this three-teamer. All you have to do is hit two or three of these throughout the season to find yourself in the black.

Want to check out the full Week 4 college football podcast? Don’t forget to subscribe to The Lion’s Edge for intelligent, weekly insights into trends and betting tips across the online sports betting world.