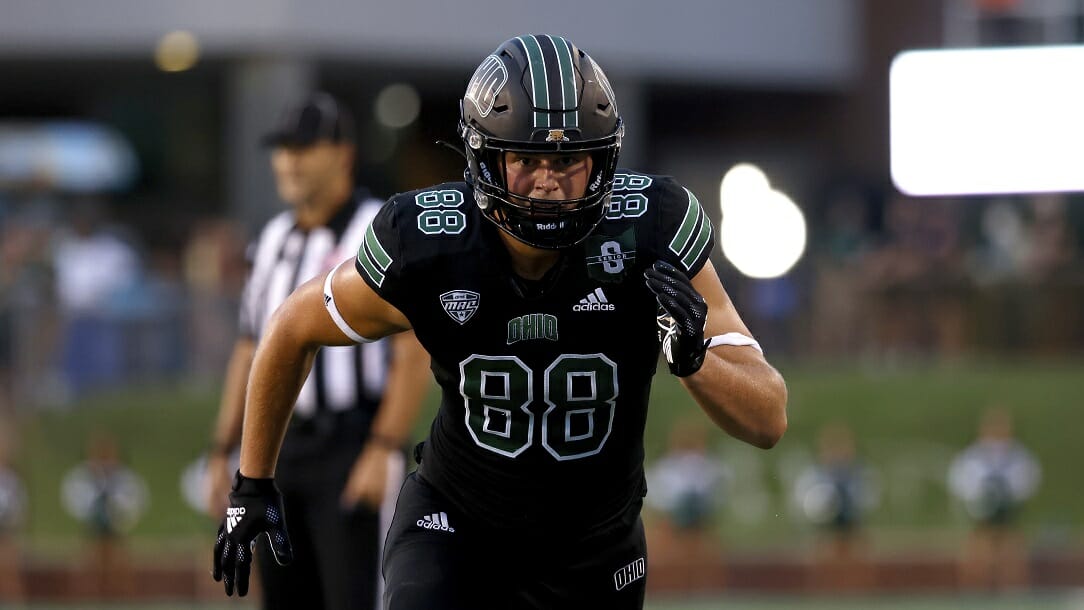 Week 5 of the college football calendar has arrived, and with it comes a new table of NCAAF odds.

Last week, the Saturday picks went 3-2. I also threw a dart with Georgia State on Thursday night, which lost.

Column picks are now 11-10 on the season. Let’s see if October will fare any better.

This is a Friday night game that offers double the value. Bettors are too high on Houston after last year’s American championship game appearance, but they’re also too low on Tulane after last week’s loss to Southern Miss.

Southern Miss is good, which is what I said in last week’s best bets column when I told you to back the Golden Eagles. (It’s also why I’ve advocated them as a dark horse to bet in the Sun Belt championship odds market, but I digress.)

This game allows bettors to capitalize on the market’s unfairly low view of Tulane, which I think is just a straight-up better team than Houston this year.

The book’s number actually bears this out, too. This game opened at Houston -1, which is a common sportsbook strategy to draw in action on an undesirable team. Bettors see a known brand team like Houston and feel they’re getting a good deal with Houston only needing to cover a single point.

In reality, Tulane is the better side here, and we’re getting an extra point and a half of free value because of the market swing.

Repeat after me: I will continue to bet Ole Miss unders until the sportsbook makes me stop.

Kent State is the talk of the town, thanks to its tough showing at Georgia last week.

Kent State opened at -7.5 against intra-state conference rival Ohio and has been bet up to -11.5 because of how tough it played in Athens.

We often see situations like this in college football betting markets. Teams that play as massive underdogs can look impressive in a marquee game but play completely differently when the college football odds mark them as favorites.

For line movement alone, Ohio has to be the play here. The market probably opened a hair heavy on Kent State to begin with, and it’s since moved an extra four points in Ohio’s favor. I think this could get as high as 13 before kickoff.

As a result, bettors can milk a ton of value out of the Bobcats simply by being the team that happens to play Kent State a week after Georgia.

Let’s stay in Ohio for this one.

I’ve stayed away from both the spread and total in previous tOSU/Rutgers games because of marketplace factors. Ohio State has been the best program in the Big Ten, and Rutgers has been (but probably isn’t anymore!) the worst team in the Big Ten.

As a result, the market is priced out from the jump. I often consider the under, but the over has cashed in three straight games between the Buckeyes and Scarlet Knights. Ohio State dumps so much offense into the pool that the under just can’t survive it.

This year is different, though, because of Ohio State’s philosophical evolution. I think the Ohio State defense can limit Rutgers to 10 points or less, and the Buckeyes will execute a more methodical offense.

It also doesn’t hurt that 65% of the market-wide tickets are on the over, yet the line has gone down from 60 to 59.

Everybody loves them some Kansas Jayhawks right now, which means the market is ripe for overcorrection.

Kansas +3 is an icky public dog, attracting about 60% of the market-wide tickets.

And the sportsbook is well aware of the public’s infatuation with Kansas football already – the drive to make Jalon Daniels one of the Heisman betting favorites has been extraordinary – so it knew it would take big action on Kansas no matter what the number was here.

The fact it chose to price Kansas at +3 is telling. It could have priced Kansas as a favorite, and many bettors would still line up to bet on the Jayhawks.

Iowa State is the play. If you’re both patient and lucky, you might even be able to grab an Iowa State -2.5 ticket sometime before Saturday afternoon.

This was my selection for our weekly college football BetMGM staff bets.

I don’t regret the 9-to-1 shot we took with last week’s underdog ticket, but I’m returning to my tried-and-true favorites parlay. Here’s a five-teamer at -123:

I think all five of these teams feature pretty big mismatches, so I’d be a bit shocked if this one doesn’t come in.

Want to check out the full Week 5 podcast on how to bet college football? Don’t forget to subscribe to The Lion’s Edge for intelligent, weekly insights into trends and betting tips across the online sports betting world.

This week, Trysta Krick joined the show to outline her handicapping strategy and some of her favorite bets from this weekend’s NFL & college football schedule.