College Football Week 14 Odds: Biggest Over Under Totals This Week 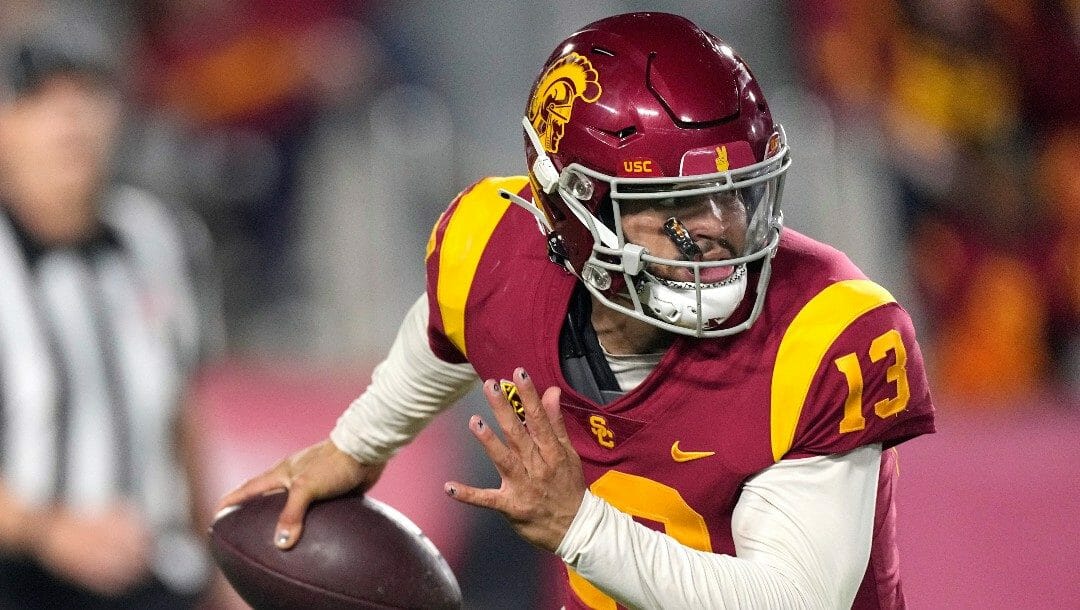 Week 12 in the college football season was very exciting, with some great finishes. What will Week 13 bring?

Here is a look at the highest Over/Under totals in this week’s college football odds, ranked from highest to lowest.

College Football Week 13 Odds: Biggest Over Under Totals This Week

The last time these two teams faced off, they combined for 85 points in an entertaining game that came down to the wire. Heisman favorite Caleb Williams leads a USC Trojans offense averaging 42.5 points per game.

Jeff Traylor’s UTSA Road Runners have been an offensive juggernaut, averaging 37.9 points per game. Frank Harris and company are expected to be in yet another high-scoring game in the C-USA final against a North Texas Mean Green team scoring 34.5 points per game, while allowing 30.1 points per game.

It shouldn’t be a surprise that the Big 12 Championship game has such a high total considering the TCU Horned Frogs are averaging 41.3 points per game. All eyes will be on Max Duggan and company to see if they can finish their perfect season.

Despite falling in the last two weeks of the season, the North Carolina Tar Heels, led by star quarterback Drake Maye, can put up points quickly. The Clemson Tigers average 34.3 points per game and should be able to score in this matchup.

The UCF Knights have run wild in the AAC this season, averaging 34.9 points per game, led by dual-threat quarterback John Rhys Plumlee. These teams scored a combined 69 points when they met during the regular season.

The Mountain West Championship game is a rematch between two teams that played to a 40-20 Boise State Broncos victory in early October. Fresno State Bulldogs quarterback Jake Haener was out injured for that contest but has since returned, giving his offense a significant boost against a tough defense.

The LSU Tigers had trouble scoring the ball against Texas A&M last week and now face the unenviable task of trying to move the ball against a great Georgia Bulldogs defense allowing 11.3 points per game.

Unsurprisingly, the Big Ten Championship game is near the bottom of this list. However, the Michigan Wolverines can put up points on anyone, averaging 39.8 points per game.

The lowest total on the board is in the Sun Belt, where Coastal Carolina awaits news on the availability of star quarterback Grayson McCall. The Troy Trojans have a fantastic defense, surrendering just 16.8 points per game.

Betting on football odds is a unique way to get closer to the action during the college football season.