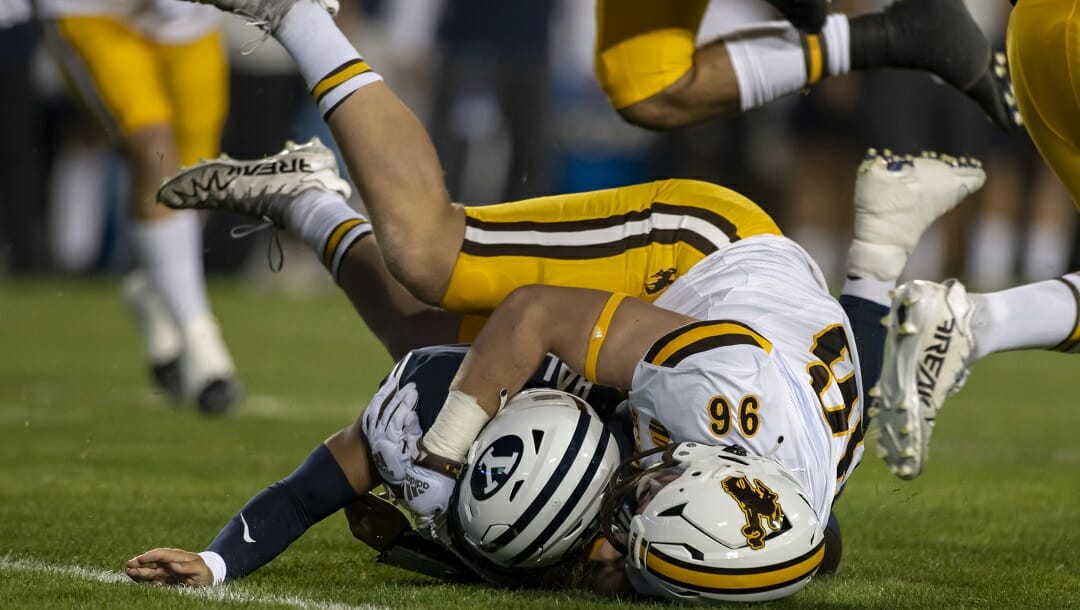 One of the clearest ways to find smart college football betting positions that yield positive ROI is to pay attention to line movement. Every week, I highlight a series of college football best bets I like. Some of these selections are based on economic principles – selling high after a big win, or taking an under after an overtime shootout.

If a college football spread opens at seven, and the online sports betting market bets it down to 10, that can be profitable.

In other words: If you bet college football, buying back on a superior number is a good way to find long-term ROI in sports betting online.

With that in mind, here are some mid-week line movement observations you might consider before placing your final bets of the week.

Both of these teams have played very strange seasons to open the year.

San Jose emerged from obscurity to win the Mountain West in 2020, then immediately fell back under .500 in 2021. This year, it looked like the Spartans’ struggles might continue after they were whipped at the line of scrimmage in Week 1 by Portland State.

Since then, though, SJSU has played Auburn close and earned a convincing win over a decent Western Michigan squad.

Wyoming, too, faced major questions at the beginning of the season after a bevy of transfers left Laramie in the fall.

But the Cowboys – who have already played two more full games than San Jose State – have played well against expectations. Wyoming has been an underdog in its last three games against FBS competition; it covered all three and won two outright.

Many column inches have already been spilled about Kent State’s mercenary schedule in September – the Golden Flashes have collected $5.2 million from games against Washington, Oklahoma and Georgia. They covered big numbers in the latter two.

Kent State (+44.5) lost in Athens last week, 39-22, but an impressive showing now has public bettors running to back it – even if they have to lay double digits. (Which they now do.)

South Alabama has emerged as a true contender in the Sun Belt championship odds market, while reigning champ Louisiana has suffered back-to-back losses to Rice and UL-Monroe.

It’s no surprise bettors are hurrying to get money down on the Jaguars. So at what point are the Jaguars priced out?

As a result, bettors are running to buy Pitt, which has won its last two games against Georgia Tech by a combined 45 points.

Minnesota played one of the greatest statistical games of the young season last week against Michigan State, so the Golden Gophers’ buying frenzy is officially underway.

This total is absolutely plummeting, which is most likely a response to the assumed impact of Hurricane Ian on Conway, South Carolina.

There’s also the fact that each of the last five games between Coastal and Georgia Southern have rung in at 58 points or fewer.

Thanks in part to the College GameDay spotlight, Tennessee quarterback Hendon Hooker has become one of the most popular Heisman bets of the week. His odds have jumped from +4000 last week to +1600 right now.

A three-team hegemony at the top of the college football championship odds market implies a very specific question: Who will be the fourth team to make the field?

With two SEC teams already in the top three, the most sensible place to look is the ACC, Big 12 or Pac-12.

Personally, I believe the Big 12 will cannibalize itself too much for playoff competition, and I’m still not ready to buy USC. If NC State (+200) can beat Clemson this week, their path suddenly gets very interesting.

Texas A&M was this week’s biggest mover, clawing six spots back up to No. 17 after back-to-back wins over Arkansas and Miami.