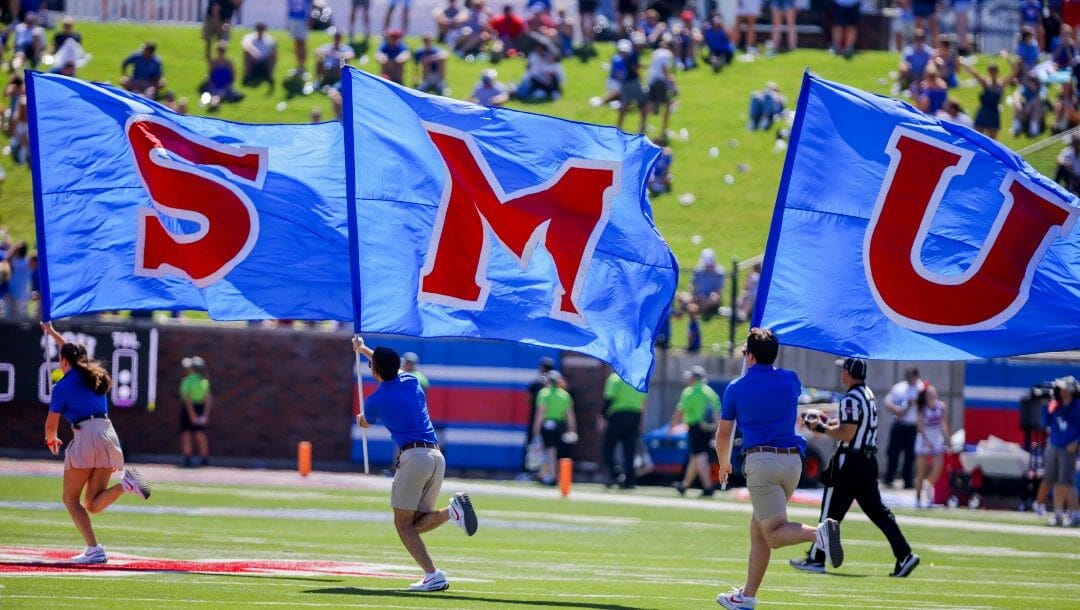 It’s been an exciting start to the season when it comes to college football betting, with plenty of exciting games and upsets through the first month.

College football odds are available at BetMGM, with plenty of offerings. Looking at the board, here are some potential parlays with odds, payouts, and analysis:

This parlay would look to take advantage of road teams catching too many points as punishment for a demanding non-conference schedule.

The SMU Mustangs have lost two straight games, but those both came by one score against Power 5 teams (Maryland Terrapins, TCU Horned Frogs). There’s no shame in that, and they showed enough positives that AAC play could be more favorable for the ponies.

Meanwhile, the Central Michigan Chippewas have their statistical profile dampened with games against the Oklahoma State Cowboys and Penn State Nittany Lions. The Chips should find MAC play much more manageable and have more offensive firepower than their Week 5 opponent, the Toledo Rockets.

Are you looking for some juicy odds to spice things up?

The Ohio Bobcats could be undervalued in the betting market after a down 3-9 season a year ago. However, that record must be taken with some context, as program legend Frank Solich abruptly retired before the season after 16 years with the program. The Bobcat’s only losses have come to Penn State and the Iowa State Cyclones, so Week 5 will offer an easier task.

On the other side, the UL Monroe Warhawks are 2-2 under Terry Bowden, with the only losses coming against the Texas Longhorns and Alabama Crimson Tide. The Arkansas State Red Wolves are just 3-13 under Butch Jones and are far from a fearsome opponent.