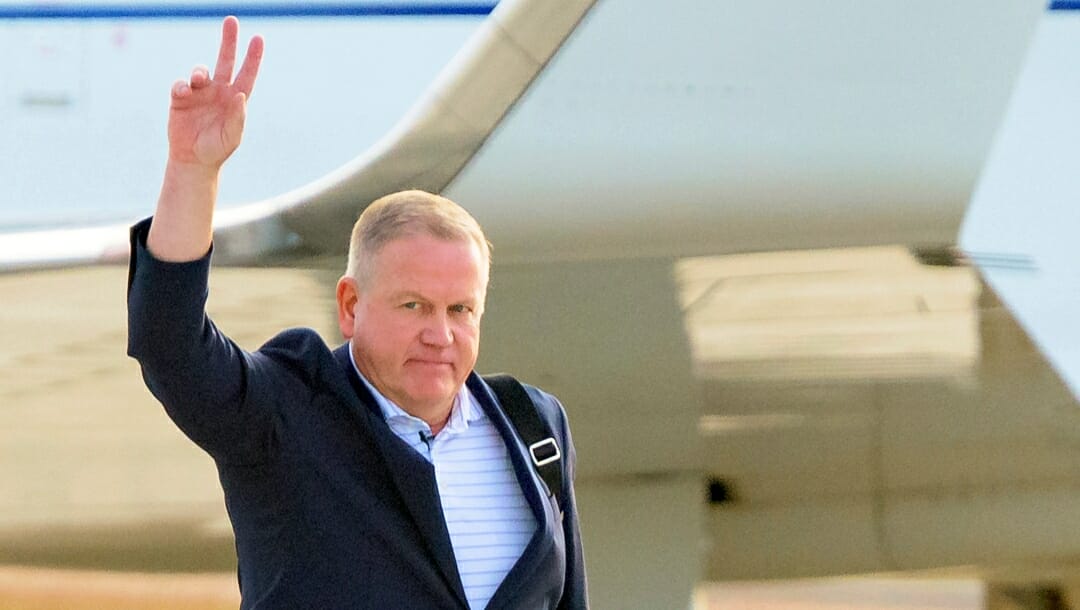 Roster management has become the most interesting aspect of the college football offseason, especially when weighing college football betting opportunities. Coaches are now charged with managing multiple channels of personnel that create roster churn for all 12 months.

Trying to pinpoint what any given college football roster will look like five months from fall camp used to be pretty simple. Returning starters and production was fairly easy to pinpoint and it had arguably the biggest impact on how preseason prognosticators would project the upcoming season.

Freshmen became sophomores and sophomores became juniors and juniors became seniors. Maybe a few players in a conference would transfer, maybe a small handful of freshmen would make a large impact, and maybe a few would leave early for the NFL Draft.

Long gone are those days.

Adding Jayden Daniels from Arizona State to the quarterback room is a nice boost and the overall roster talent for LSU isn’t a major concern. But LSU’s starting experience is severely lacking in the most cutthroat conference in college football.

Geoff Collins enters his fourth and possibly final season as the head coach at Georgia Tech with little to no returning experience.

The Yellow Jackets have won three games in each of the last three years and a major step forward might be the only way Collins can keep his job. Having to completely rework both sides of the ball in one offseason isn’t going to make this task any easier.

The Badgers get the benefit of the doubt at more than one position. Offensive line, linebacker, and running back are positions that this team has proven it can replace and develop year in and year out.

However, the nation’s No. 1 defense from 2021 is going to need an overhaul as eight starters have departed.

The Bruins have been built steadily under Chip Kelly but will need to replace six offensive starters and eight more on defense to keep that upward trend going in 2022.

Returning quarterback Dorian Thompson-Robinson and his 37 starts is a huge first step toward stability. But to compete with USC and Utah in the Pac-12 South, Kelly will have to find playmakers on both sides of the ball this offseason.

The Cyclones are coming off the best stretch of football this program has ever seen. Three of the top five and five of the 12 winningest seasons in school history have taken place since Matt Campbell took over in 2016.

Now he must replace four-year starter and Iowa State’s all-time leading passer Brock Purdy at quarterback, as well as the school’s all-time leader in yards from scrimmage (4,675) and total touchdowns (56) in running back Breece Hall. It’s not just on offense, as eight defensive starters need to be replaced, as well.

The Sun Devils are in trouble across the board.

Their starting quarterback Jayden Daniels for the last three seasons just transferred to LSU, the coaching staff is in a constant state of flux as NCAA investigations hang over the program, and now they have to replace 14 total starters. It’s a complete mess in Tempe right now.

Known for his defense, Wilcox shouldn’t have any issue replacing seven starters on that side of the ball. However, his offenses have long been a problem, ranking outside of the top 100 in yards per play four times in his five seasons and never better than 60th nationally.

Now they have to replace seven starters on that side of the ball, including the quarterback and four of the top five receivers.