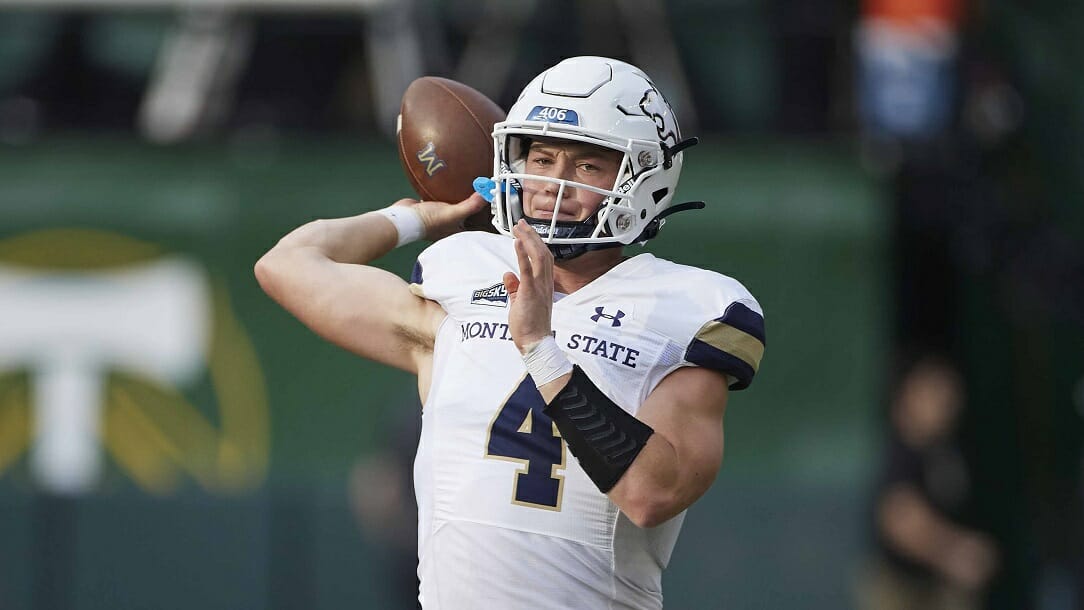 Rivalry week isn’t the only thing happening this week in the world of college football betting odds.

This is one of my favorite weeks of the year, and that’s long before you get to the turkey and mashed potatoes. This is the first week of the FCS Playoffs.

It’s the third straight year that North Dakota State will not play as the No. 1 seed in the playoffs.

The 16 non-seeded teams will play a first-round game in the wake of Thanksgiving, on Saturday, Nov. 26.

South Dakota State Football: Clinching the No. 1 Seed in the FCS Playoffs

South Dakota State has played as the No. 1 team for much of the season. The Jackrabbits haven’t yet won a national championship as a Division I program, but they have reached the semifinal round (or beyond) in four of the last five seasons.

This year, with home-field advantage secured all the way to the title game in Frisco, South Dakota State has one of its best chances to finally secure the FCS title that’s eluded it.

There is some controversy among FCS football fans over whether or not Sacramento State – which earned an FBS win over Colorado State earlier this year – deserved the No. 1 overall seed.

However, as fans of James Madison and North Dakota State can tell you, there’s no measurable difference between the top two seeds outside of message board bragging rights. Each team will enjoy home-field advantage throughout the playoffs.

NDSU Football: Will the Bison Actually Have to Play a Road Playoff Game?

The immortal NDSU Bison have won nine of the last 11 national championships, including last year’s title in Frisco.

This year, though, the Bison will face the playoff field without guaranteed home-field advantage.

The last time this happened was the 2021 spring season, when North Dakota State had to go on the road to Sam Houston… and lost.

Nevertheless, the Bison have shown year after year that its style of play is most effective in cold playoff weather.

Montana State: Where Was College GameDay?

Yes, we’re talking about that Montana State. The hosts of the Week 12 edition of 2022 College GameDay capped their regular season with a rivalry win. One day later, the Bobcats were awarded the No. 4 seed in this year’s playoff bracket.

Where Is Montana State University?

Montana State met North Dakota State in the 2021 national championship game, and they could quite possibly play a rematch in Frisco this January to decide the 2022 FCS championship.

If that happens, North Dakota State would undoubtedly play as the favorite, but Montana State would be a very capable opponent.

Montana surprised several FCS fans and analysts by making the field (and hosting a first-round game!) despite its 7-4 record.

The FCS Playoff Committee clearly had a lot of respect for the depth and quality of the Big Sky this year, which was enough to get Montana into the field over other deserving teams like UT-Martin.

As for its first-round game, host status is decided by a bid process.

Saint Francis will look to be the first NEC team to score a playoff win since Wagner beat Colgate in 2012.

Northern Iowa – the fifth-place team in the Missouri Valley – was one team that fans and analysts imagined could ultimately be included in the playoff team.

The FCS Playoff Committee has shown in the past that it’s willing to take six-win teams, particularly when they are Missouri Valley teams.

Unfortunately for Panthers fans, UNI was left out of the field.

Southeast Missouri Football vs. UT-Martin vs. The Coin

The most dramatic playoff spot was decided by the OVC’s automatic qualifying process when Southeast Missouri and UT-Martin finished in a dead tie atop the conference standings.

Because of an unbalanced conference schedule, they didn’t play a head-to-head matchup this season. Thus, according to this season’s OVC rules, the auto-bid was determined by a literal coin toss.

There will be plenty of FCS Football Playoff predictions and analysis this week – including from my good friend Sam Herder.

Sam, who works as the senior FCS Analyst at HERO Sports, will join me on The Lion’s Edge this week to break down the overall FCS playoff bracket and provide insight into some of this weekend’s first-round betting opportunities.

I’ll also have my official FCS Playoff betting guide out later this week.

Make sure you check out The Lion’s Edge for intelligent, weekly insights into trends and betting tips across the online sports betting world – including my upcoming conversation with Sam later this week.