Every FCS Win Over a Ranked FBS Team 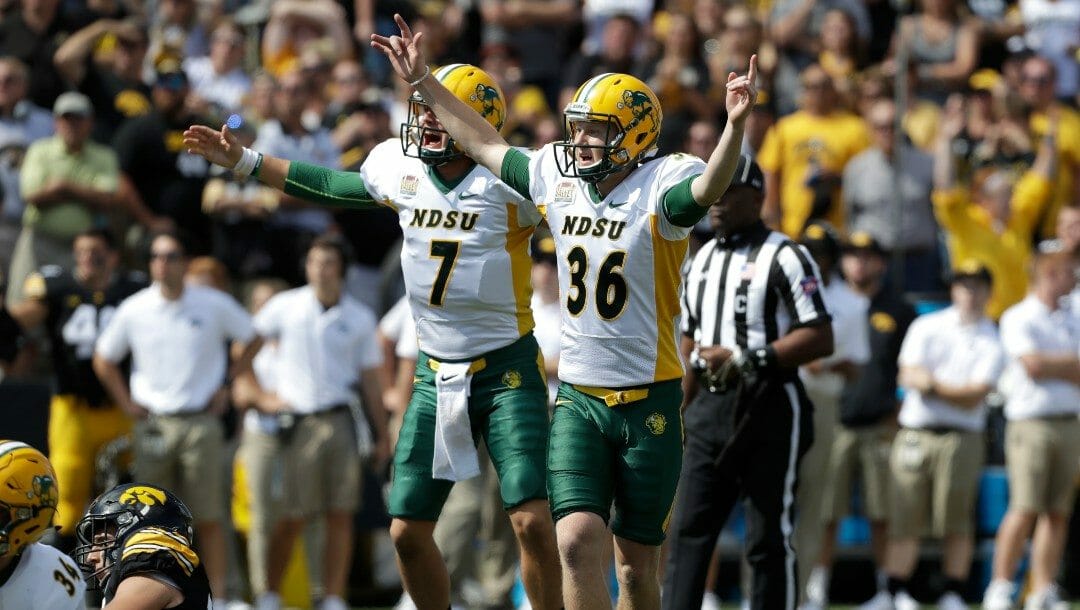 Last season, FCS Montana knocked off FBS No. 20 Washington 13-7. While the college football odds highly favor the FBS teams in most of these matchups, an FCS over FBS win isn’t rare. It happened 12 times in 2021.

There are five instances of ranked FBS (formerly known as Division I-A) teams losing to FCS (Division I-AA) programs in the 2000s. There was a sixth occurrence in 1983, although it’s arguable whether it should count as not.

The list of every FCS over FBS win ever can be found here. The six below involve ranked FBS squads going down.

This one has an asterisk next to it.

Cincinnati was a Division I-A program during this time and played as an independent through 1995 before joining Conference USA. However, Cincinnati was relegated to Division I-AA for the 1983 season due to low attendance numbers. The NCAA mandated an average of 20,000 fans for Division I-A teams.

As embarrassing as this probably was, the Bearcats kicked off the year on a high note by winning at No. 20 Penn State. They went on to finish 4-6-1.

The crown jewel of FCS over FBS upsets.

App State was the two-time defending FCS national champions and went on to win its third in a row later in that season. After taking a 34-32 lead on a 24-yard Julian Rauch field goal with 26 seconds left, App State blocked a game-winning field goal attempt and scooped up the loose ball to run out the clock.

The two teams played again in 2010, but after JMU’s 21-16 upset, Virginia Tech didn’t show much more interest in scheduling the Dukes. That could change now that JMU is an FBS member. The Dukes and Virginia have a game scheduled for 2023.

Ever heard of Cooper Kupp? Most likely, considering he was named the 2021 AP NFL Offensive Player of the Year and Super Bowl MVP. We saw early signs of Kupp’s potential in this game.

One of the safest bets to make in Division 1 football throughout the 2010s was NDSU’s college football championship odds futures.

The Bison won nine FCS national titles from 2011-21. They currently have a six-game winning streak against FBS opponents. The Iowa game in 2016 was the last FBS matchup for NDSU as it has struggled to find yearly opponents from the bowl subdivision. The 2020 Oregon game was canceled due to COVID. NDSU plays Arizona this upcoming season.

What’s crazy about the 2016 win over Iowa was this turned out to be one of NDSU’s “worst” teams in the last decade as the Bison ended up losing in the national semifinals.

Still, Cam Pedersen hitting a 37-yard field goal as time expired is one of the top moments in program history.

Montana is a blueblood FCS program rich in tradition. But the Grizzlies had been out of the national title picture for several seasons.

After steady improvements in the late 2010s, the Griz kicked off 2021 with a statement win at No. 20 Washington to show they are back. The college football betting odds had Washington as a 22.5-point favorite.

Montana’s suffocating defense held the Huskies to 65 rushing yards and intercepted three passes. To add insult to injury for Washington, the Griz pocketed the second-highest FCS vs. FBS payout that season of $675,000.