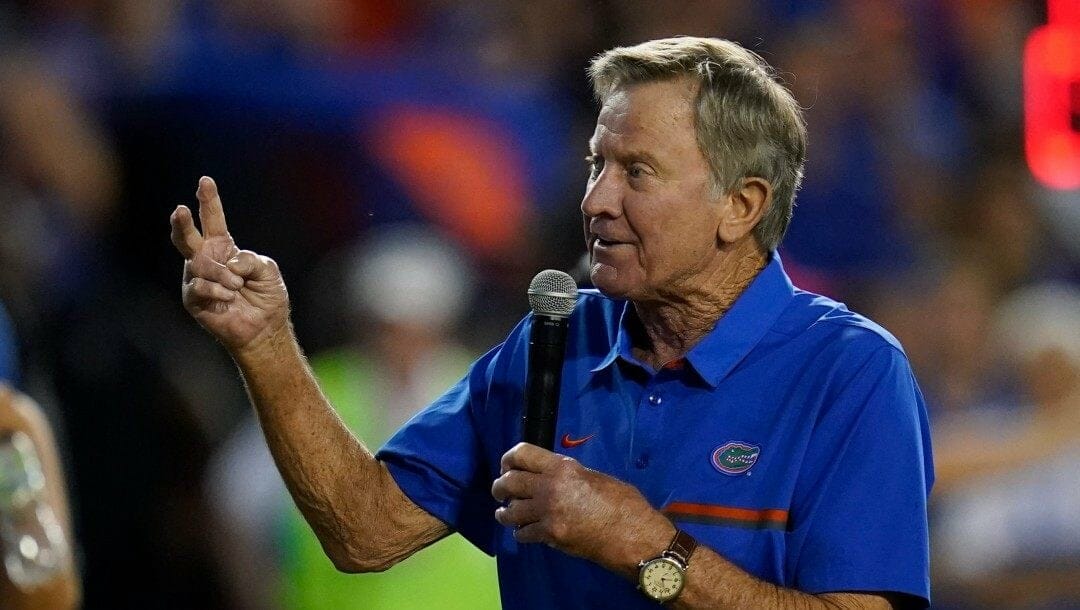 The Florida Gators vs. Florida State Seminoles rivalry seems to get stronger every year. There’s nothing like a good, old-fashioned in-state dislike sprinkled into a rivalry to make it much better.

When it comes to the college football odds, the Gators have a win total of 7.5, while the Seminoles’ is set at 6.5.

Here’s a look at one of the Sunshine Showdown over the years:

The Seminoles entered this contest as a dominant force in college football. They held the No. 1 ranking in the country and had been eviscerating opponents, holding an average margin of victory of nearly four touchdowns per game.

When they jumped out to a double-digit lead in the first half, it looked like the same song and dance all over again.

Steve Spurrier’s Gators had other plans, mounting a furious second-half comeback. They trailed the ‘Noles 29-25 in the fourth quarter until running back Fred Taylor barrelled into the end zone for his fourth touchdown to cap a three-play, 80-yard scoring drive.

Taylor’s score gave the Gators a 32-29 lead they would not relinquish.

The Gators entered this contest as a six-win team with nothing left to play for other than a chance to beat their rivals. Meanwhile, the Seminoles were a top-10 team sporting an 8-2 record.

Ron Zook’s last game as Florida’s head coach proved one of his most memorable, as the Gators pulled off a 20-13 upset win while controlling the clock and holding FSU under 50% passing on the day.

Now starring in the NFL for the Minnesota Vikings, it was apparent during his time in college with the Seminoles that Dalvin Cook was a special player. He played three games against the Gators in his career and accumulated 480 rushing yards and three touchdowns on 76 attempts, good for 6.3 yards per carry.

Is it a coincidence that Florida State won all three of the games in which Cook was on the field? Certainly not. The star running back led his team to a perfect 3-0 record against its rivals while he was on campus.