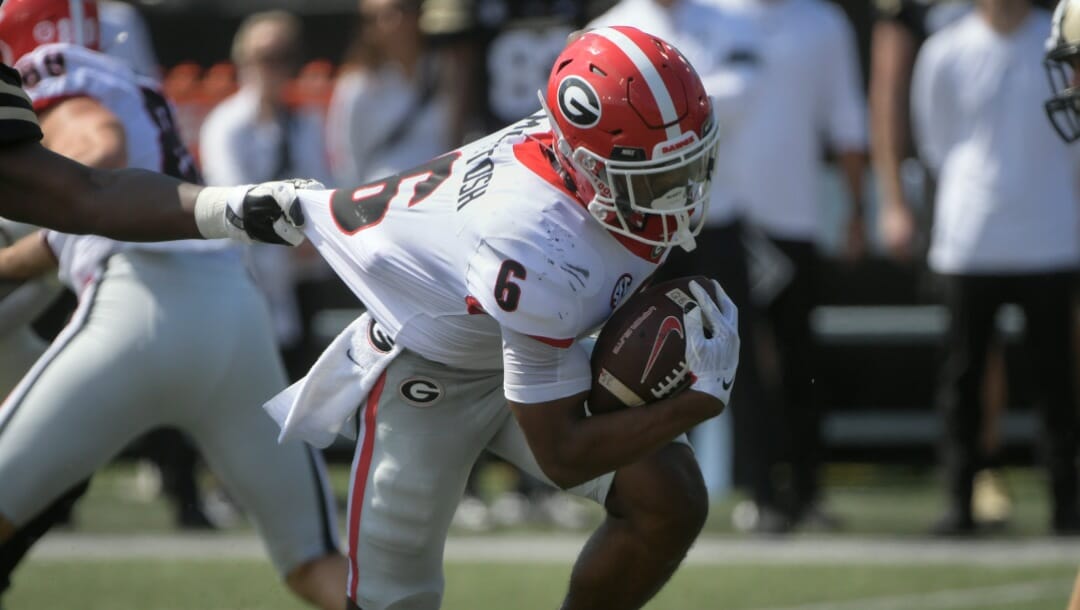 Will Kirby Smart’s team be able to pull off back-to-back title runs and cash futures at the online sportsbook?

That could give Kirby Smart’s squad a chip on its shoulder, considering that the Bulldogs beat the Crimson Tide in the national championship last year. Yet, the betting market sees that game going another way this year if it happens to be played again.

The team with the fourth-shortest odds to win the title is the Clemson Tigers at +1200, so it’s evident that the market values the top three teams this year. You know what they say about the rich getting richer.

The Bulldogs were defeated 41-24 by Nick Saban’s Crimson Tide in what was Georgia’s lone stumble of the season. They’re the top two seams in the SEC by a significant margin, as Jimbo Fisher’s Texas A&M Aggies are the next-closest team at +1600 to win the conference.

If Georgia hopes to win the conference this season, more may fall on the shoulders of sixth-year quarterback Stetson Bennett IV.

This one boils down to whether or not bettors believe the Bulldogs will go undefeated. Lose one game, and it’s a push to either side. Win them all, and the over hits. Lose two or more games, and under bettors will be celebrating.

It’s a high bar, but it’s understandable considering Georgia ran the table a year ago with an average margin of victory of 28.4 points.

Regarding SEC schedules, Georgia’s is about as forgiving as it gets.

Only two opponents are ranked within the preseason AP Poll: The No. 11 Oregon Ducks, who travel to Atlanta for Week 1, and the No. 20 Kentucky Wildcats, who return only 11 starters and have a regular season win total of 7.5.

The Kentucky game could be a College GameDay location if the Wildcats have a strong season.

Georgia was a sight to behold in 2021, crushing opponents and covering spreads all season long. The Bulldogs finished 10-5 ATS, covering wide spreads with ease. Achieving that level of dominance will be hard two years in a row, but Kirby Smart is a man on a mission with a wealth of talent on his roster.