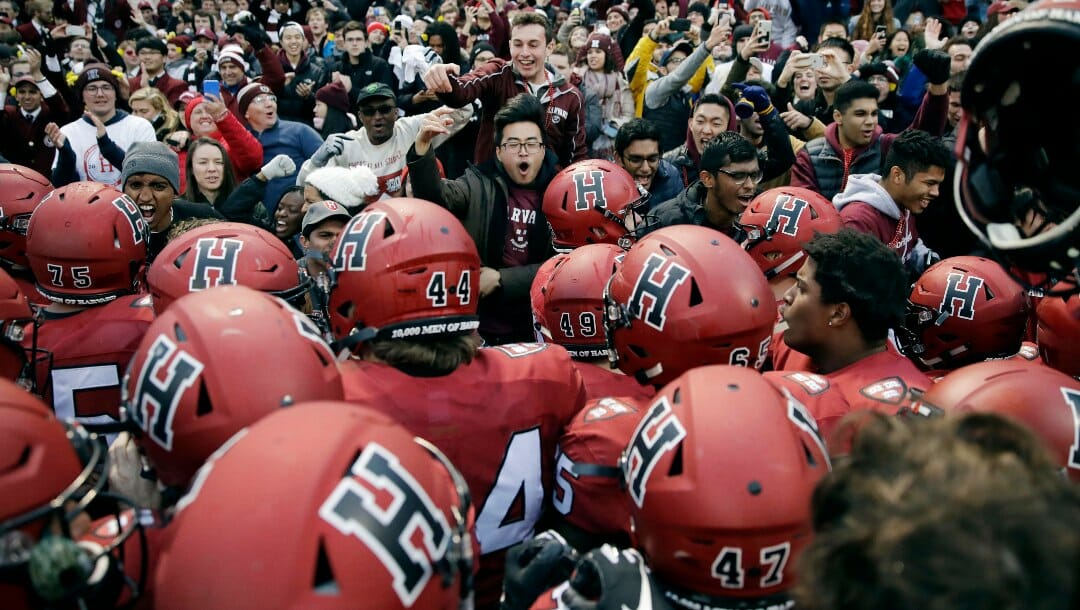 The Harvard-Yale football way goes back to 1875; the two Ivy League schools have played 137 times.

While Harvard has routinely been a heavy favorite in college football odds and dominated Yale over most of the last two decade, the rivalry has produced sensational moments for nearly 150 years.

Record in the past ten meetings:  Harvard 7-3

Next Matchup: November 19 at Harvard

The headline in the Harvard student paper read “Harvard Beats Yale 29-29”. Yes, you read that correctly. However, Harvard did not beat Yale 29-29. It was a tie.

Both teams came in undefeated and untied, and for the first 59 minutes and change, it was a fairly ho-hum game. However, trailing 29-13 with 42 seconds left, Harvard scored 16-straight points to “beat” Yale.

In a shocker to all college football fans in the history of time, officiating and time keeping was a major controversy.

Yale came into the game undefeated and untied as well as newly crowned Ivy League champions. On the other hand, Harvard had lost six of its past eight games. In front of a crowd of 72,000 in the Yale Bowl, Harvard pulled off a stunner over their bitter rivals, 22-7.

Harvard was led by a familiar name in quarterback Ryan Fitzpatrick, who threw four touchdowns. The Crimson won the game as well, 37-19. There was a bomb threat. It was a crazy game.

Yale lost the game while putting up 555 yards of offense and running 98 plays. Alvin Cowan had a record-setting day as he threw for 438 yards and two touchdowns.