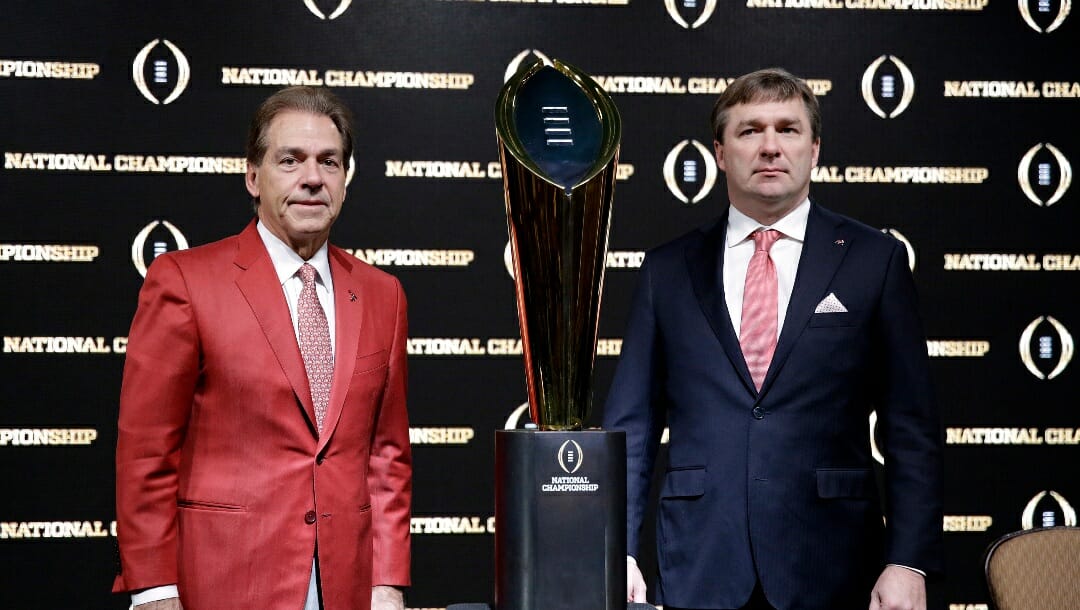 Alabama lured Nick Saban back to college football in January 2007 with an eight-year, $32-million contract. Even when adjusted for inflation, that deal would be worth approximately $45.7 million in 2022 dollars, an average of $5.7 million per season.

Saban will make double that amount – not including incentives and other benefits – in 2022 as he chases a seventh national championship in 16 years as Crimson Tide head coach. And he’s favored to do so, sitting atop futures odds in college football betting.

Here are the highest-paid college football coaches (not including incentives and other benefits) for 2022:

After signing a 10-year, $112.5-million extension in July, Kirby Smart was set to be college football’s highest-paid coach for the first time in his career.

One month later, his former boss Nick Saban, whom he defeated in the national championship game in January, regained the honor.

Several reports have agreed Lincoln Riley signed a 10-year, $110-million deal that pays him an estimated $10 million in 2022.

Michigan State went all-in on Mel Tucker in November 2021 as they fended off advances from LSU and potentially other (future) suitors. Tucker’s 10-year, $95-million deal is fully guaranteed if he’s fired before the end of the contract.

Ryan Day signed an extension in May 2022 that included a $1.9-million raise. He was set to make $7.6 million in his fourth full season as head coach.

Jimbo Fisher signed a four-year extension in August 2021 that replaced his original 10-year, $75-million deal and now ties him to Texas A&M through the 2031 season.

The buyout remains unknown, which could be a factor as Shaw potentially sits on the college football hot seat.

Instead of signing a new contract at Oregon that would increase his annual salary from approximately $5 million to $7-8 million, Mario Cristobal signed a new contract at Miami (FL) that pays him $8 million annually over 10 years.