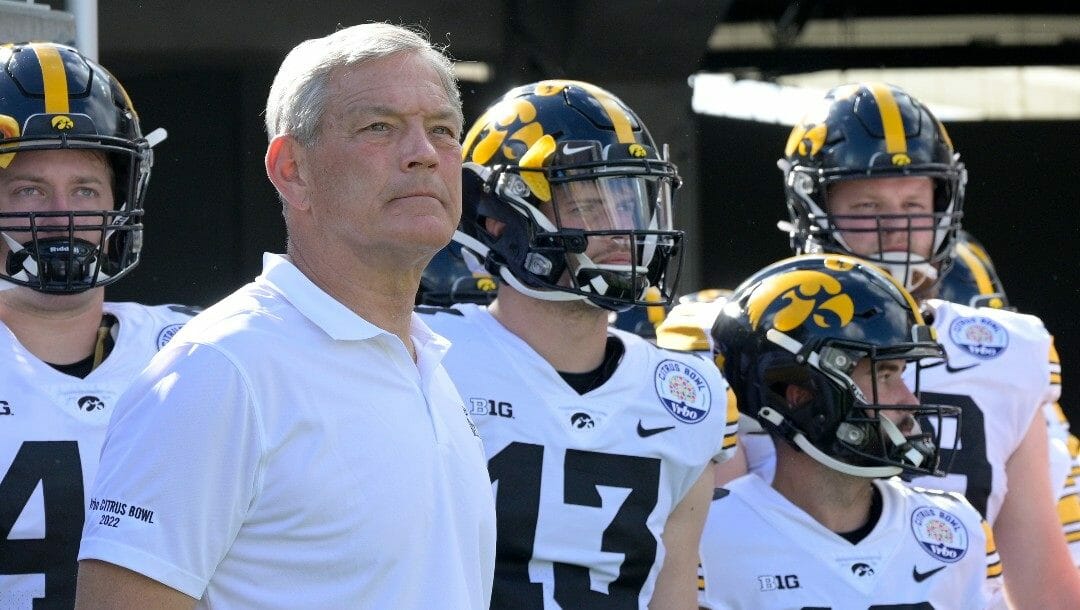 College football, bird mascots, and corn can mean only one thing, it’s time for the Cy-Hawk Trophy game between the Iowa State Cyclones and the Iowa Hawkeyes. It’s a trophy that has had three designs since 2009, and the most recent features Cy the Cardinal and Herky the Hawk with a football and cornfields in the background.

Iowa State and Iowa first clashed in 1894 and have met 68 times. There was a long hiatus in the series from 1935-77. Since the restart in 1977, this game has been played sometime in September. This year’s edition of the Cy-Hawk game will be on September 10 in Iowa City, home of the Hawkeyes. It should be great for college football betting.

Here’s a look at the Cy-Hawk Rivalry:

Next Matchup: September 10 at Iowa

There have been some barn burners in this series, but none more exciting than this triple-overtime thriller. The Hawkeyes and Cyclones traded scores and ended regulation at 24-24. The two teams traded touchdowns in the first two overtimes.

The Hawkeyes blinked first and settled for a field goal on the first possession of the third overtime. Iowa State running back James White then punched in a touchdown from four yards out to win the game 44-41.

It was a game that stung a little extra as Hawkeye quarterback Drew Tate was knocked out in the second quarter with a concussion. Iowa never recovered despite 148 yards from running back Albert Young. Iowa turned the ball over five times to give the Cyclones their first win over the Hawkeyes in nine games.

Iowa quarterback Nate Stanley threw for 333 yards and five touchdowns in a 2017 win over Iowa State. In a series that has featured quarterbacks like Seneca Wallace, Chuck Long, and Brock Purdy, Stanley’s performance stands above them all in this series.