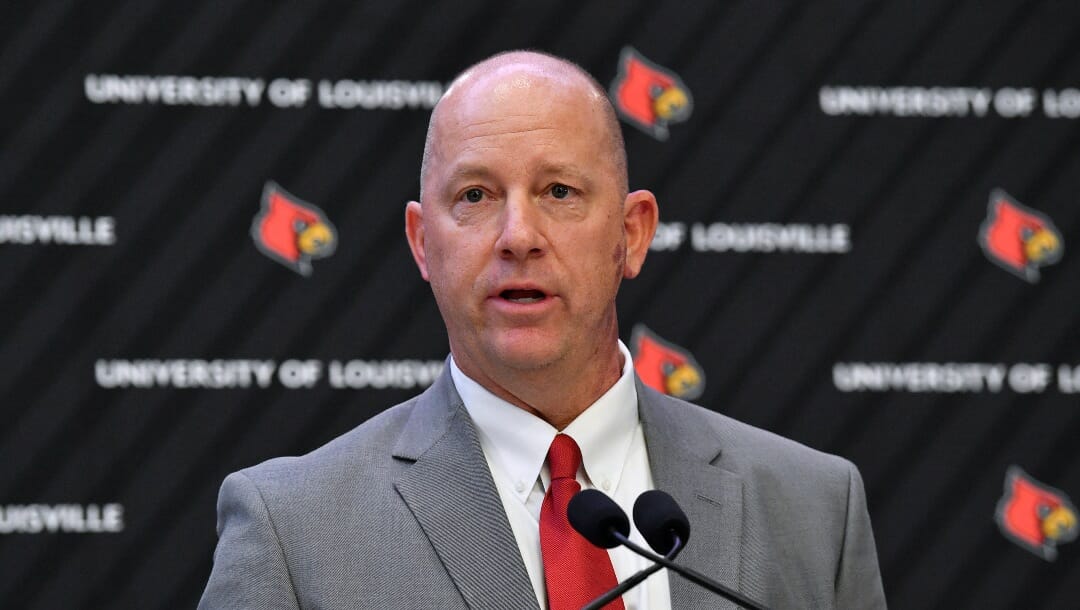 In late November 2018, Jeff Brohm rejected an offer to replace Bobby Petrino as Louisville head coach. He remained at Purdue, where he signed a two-year contract extension earlier in the year.

It’s automatically extended by one year if Louisville wins seven games in a season, and two years if Louisville wins 10 wins during the first six years of the contract. The maximum automatic extension is capped at two total years (through Dec. 31, 2030).

In both cases, the win total includes bowl wins.

Brohm will also receive one-time payments at the end of each year from 2023-28:

His additional payments and “benefits” include $50,000 for relocation expenses, a $15-million life insurance policy, and a $1,000 monthly car allowance.

Among the on-field “football success” bonuses:

The playoff appearance and national championship bonuses aren’t cumulative. The highest level achieved among those two bonuses (and four others in the “other success” category of bonuses) is paid to Brohm.

If fired without cause, Brohm is owed 100% of his remaining contract, including base salary and end-of-year one-time payments.

A simple example of a termination buyout: If fired after the 2025 season – without any seven-win seasons to trigger the automatic extension – Brohm would be owed $19.1 million.

If Brohm terminates the contract, he must pay $1 million to Louisville. So the timing of termination is irrelevant.