Kennesaw State: Everything You Need to Know About Conference USA’s Newest Team 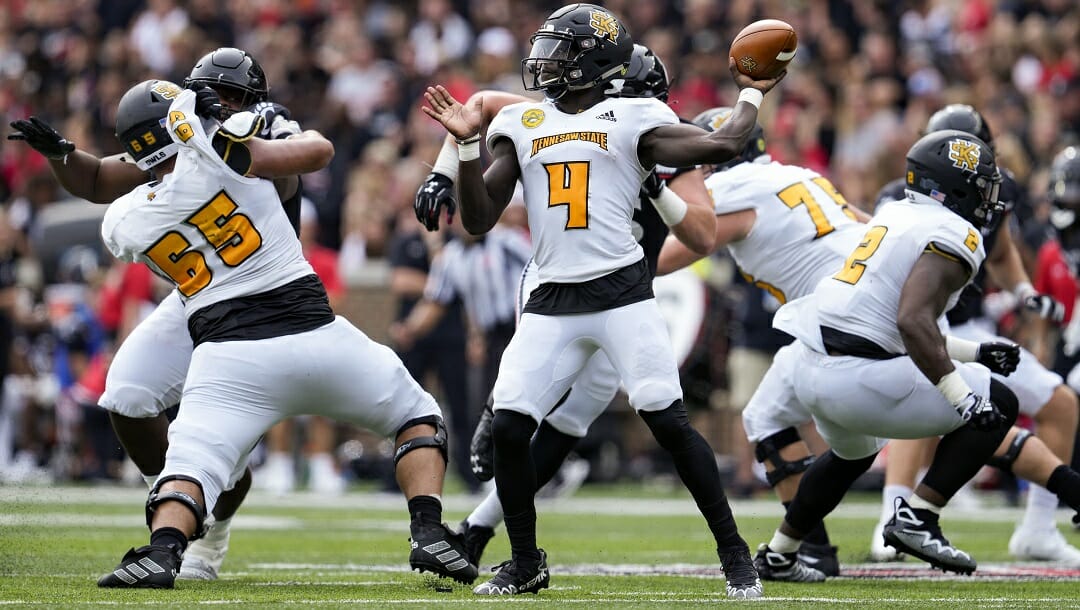 One year after the Sun Belt had a hyper-aggressive year of expansion and realignment, it’s now Conference USA’s turn to shake up the established order of college football and NCAAF odds.

The latest team on the move: Kennesaw State.

Where Is Kennesaw State?

Kennesaw State is one of several schools in the greater Atlanta metropolitan area.

While Georgia Tech and Georgia State are located in downtown Atlanta, KSU is located just outside the city, with campuses in Marietta and Kennesaw.

How Long Has Kennesaw State University Had a Football Team?

Is Kennesaw State a Division 1 School?

Yes – like all FCS football schools, Kennesaw State fields a Division 1 football program that plays in the lower subdivision of the top level of college football.

Kennesaw State currently plays in the ASUN conference, though it played its first seven years in the Big South.

Who is Kennesaw State’s Football Coach?

Brian Bohannon is the current head coach at Kennesaw State and is the only head coach in the history of the program.

Kennesaw State plays its home games at Fifth Third Bank Stadium, which has a seating capacity of 8,318.

Stadium of the Night🌚

Conference USA is reeling after being poached by other G5 conferences over the last few years.

Kennesaw State is the newest FCS team called up to the big leagues. Conference USA extended invitations to Sam Houston and Jacksonville State over the past year, with both programs now transitioning up to the FBS level.

Earlier this week, KSU got a conditional nod of approval from Georgia’s Board of Regents to move its athletic programs up to Conference USA – though the Owls still need to show a “demonstration of support from student and faculty governing bodies and other community members.”

In other words: the small school with a stadium that seats less than 10,000 people needs to prove its move up to FBS isn’t a giant waste of time and money.

Kennesaw State will be the 19th program to move from FCS to FBS since 2000.

The 19 programs have shown the college football betting world a total scattershot of results.

One of the earlier programs, South Florida, reached No. 2 in the polls in 2007 before ultimately falling back to irrelevance once the Big East broke apart. Charlotte and UMass – two movers from the last 10 years – have endured similar hardships.

But there are some success stories, like Appalachian State and Coastal Carolina.

KSU is likely counting on its positive momentum from FCS and its rich recruiting locale to carry it into FBS as a potential success story.

Perhaps no former FCS program has shown instant success at the FBS level like 2022 newcomer James Madison, which has yet to lose a game or fail to cover one of its weekly college football spreads.

JMU, which played at the FCS level since the 1980s, won its first national championship at the Division 1 level in 2004.

The Dukes have been a top-25 mainstay for most of this century – they haven’t had a losing record since 2002 – but became a true national powerhouse (and foil for North Dakota State) about seven years ago.

JMU used that momentum to expand athletics facilities and build infrastructure, which has paid dividends during its undefeated start to the 2022 season.

With a lot of planning and a little bit of luck, Kennesaw State can enjoy similar success after its FBS transition, too.