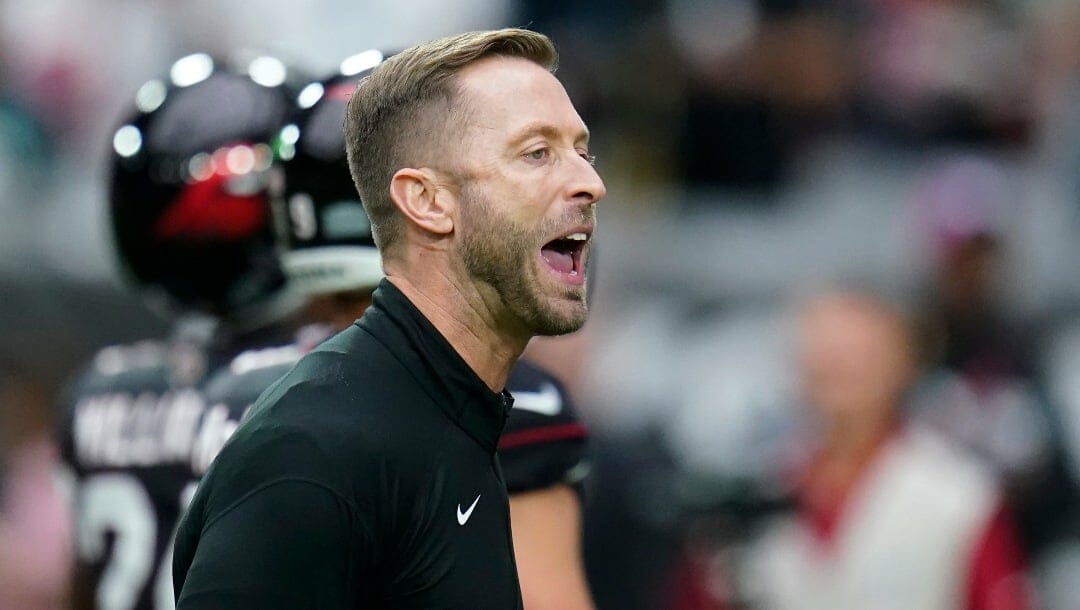 Kliff Kingsbury was announced as USC offensive coordinator on Dec. 5, 2018, 10 days after he was fired as Texas Tech head coach. Thirty-four days later, he was announced as head coach of the Arizona Cardinals, completing a wild seven-week rise from an unwanted mid-level Power Five head coach with 19 conference wins in six seasons to landing an NFL head-coaching job and a nearly $2-million pay raise.

Kingsbury undoubtedly exceeded expectations through the first two and a half seasons in Arizona. However, the 43-year-old former Cologne Centurions quarterback is now potentially on the NFL hot seat despite signing an extension (through 2027) earlier this year.

If Kingbury is fired, where might he land? Here are five potential landing spots in the NFL and college football:

Texas A&M’s offense sucked in 2021, and it’s sucking in 2022. And if Jimbo Fisher doesn’t prevent it from sucking in 2023, he might be unemployed despite a massive buyout.

If Fisher fires or reassigns offensive coordinator Darrell Dickey, he’ll likely target and land a big (and expensive) fish. If it’s not Todd Monken, Jeff Lebby, Phil Longo, or another current FBS coordinator, it could be Kingsbury.

Shane Steichen is going to be a damn good head coach one day pic.twitter.com/I87Fk4nxfK

If not, Kingsbury could be an attractive replacement, especially if Sirianni wishes to continue diversifying his personnel groupings as he’s gradually done over his first two seasons.

Any role with the Rams is a smart bet given Kingsbury’s longtime friendship with Sean McVay.

If it’s not an advisory or analyst position, it could be either passing game coordinator or quarterbacks coach if McVay splits up the duties of Zac Robinson or otherwise shakes up the offensive staff after a subpar season.

This would be the NFL’s version of the Nick Saban rehab internship program as Kingsbury awaits a good job.

If Ray Anderson is incomprehensibly allowed to make another head-coaching hire after the Herm Edwards debacle, he might dip – or be forced to dip if enough high-level candidates decline his advances – back into the NFL waters with Kingsbury.

Kingsbury is now four years removed from his last college job, rarely recruited the region while at Texas Tech and previous stops, and might not be a great fit after flaming out in a nearby job.

That’s assuming Anderson cares about anything important when hiring a coach.

Before the offensive struggles this season, the Cardinals thrived with a heavy RPO and play-action system that could run nearly anything from any formation. Tailoring that system around Josh Allen could make for a simple transition after another coaching transition.

This is the wild card.

The Packers offense – through six weeks – is failing for a variety of reasons, among them Aaron Rodgers’ inability and (potentially) unwillingness to see the field and poor offensive line play.