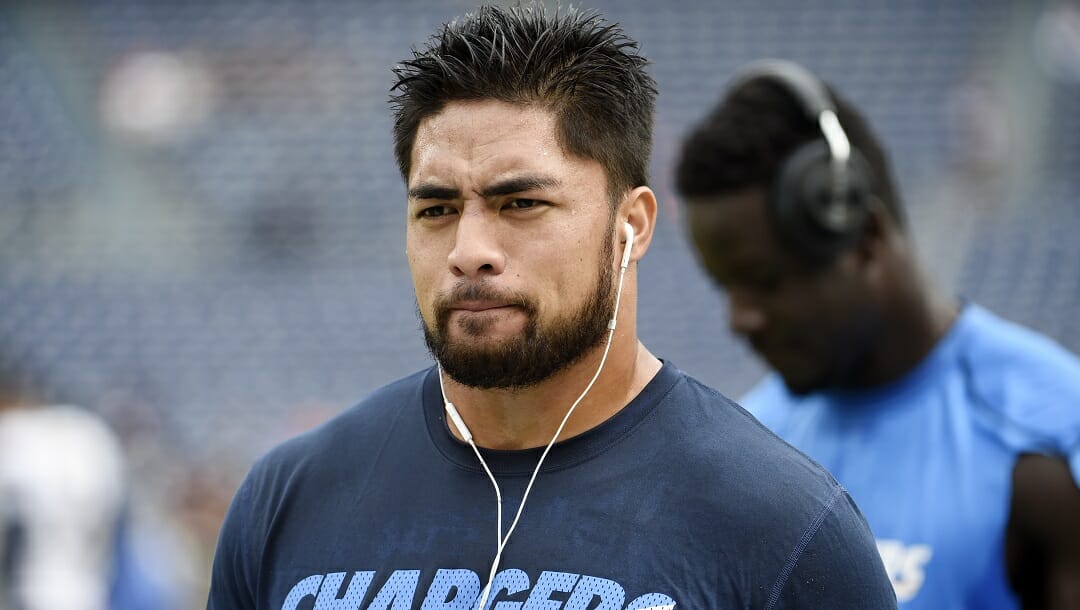 Most of the time, The Roar analyzes or writes about online sports betting.

Every once in a while, though, a massive force of pop culture plants us in the way-back-machine.

That’s what’s going on today. The new Netflix documentary, Untold: The Girlfriend Who Didn’t Exist, takes viewers back to the 2012 college football season, when the tragic story of Manti Te’o turned into… well, something else entirely.

Before you strap in to relive one of the strangest sports stories of the modern era, here are some quick bullet points on the career and stats of Te’o.

After a scintillating collegiate career at Notre Dame, linebacker Manti Te’o was drafted by the San Diego Chargers in the second round of the 2013 NFL Draft, with the 38th overall pick.

Te’o spent four years with the Chargers before signing as a free agent with New Orleans in 2017. He played with the Saints for an additional three seasons.

Te’o was on the Bears’ practice squad in 2020 but accumulated no official game stats.

He was responsible for 11 turnovers, including seven interceptions.

Manti Te’o recorded 307 total tackles in his NFL career, most of which came during his rookie contract with the Chargers.

He also recorded two interceptions, 1.5 sacks and one forced fumble.

After a spectacular senior campaign at Notre Dame in 2012, where he had seven interceptions and more than 100 tackles, Te’o finished second in the Heisman voting behind Texas A&M quarterback Johnny Manziel.

Te’o took home a record haul of hardware after his senior season at Notre Dame, including the Maxwell Award, the Lott Trophy, the Chuck Bednarik Award, the Walter Camp Award, the

Ronaiah Tuiasosopo, an acquaintance of Te’o, maintained an extended online relationship with him while pretending to be a woman named Lennay Kekua.

Te’o’s story is back in the news prior to the 2022 college football season thanks to the two-part Netflix documentary, Untold: The Girlfriend Who Didn’t Exist.

It’s difficult to explain just how bizarre the Te’o catfish story was in the fall of 2012 and spring of 2013.

Entering the 2012 season, Notre Dame had posted just two 10-win seasons since Lou Holtz left in the mid-90s. They had also won only two bowl games.

As the Irish began to pop in Brian Kelly’s third season at the helm, Te’o emerged as a key playmaker on the defensive side of the ball.

As a result, Notre Dame’s NCAAF odds went through the roof, and Te’o became a Heisman Trophy odds market favorite.

Te’o ended the season with 113 tackles and seven interceptions, winning a record-breaking six national awards and finishing second in the Heisman Trophy voting.

Early in the season, the media focused on the tragic story of Te’o’s girlfriend, Kekua, who had died from leukemia on the same day as his grandmother.

The death of his grandmother was, of course, very real.

The death of his girlfriend? Not so much.

At one point, the tale grew more tragic – Kekua’s leukemia was discovered after she had been in a car crash and her doctors began treating her for physical trauma.

But in the spring, after the season was over, everything came out, bit by bit, confounding most of America.

Kekua never existed, which was first reported by Deadspin and eventually confirmed by several other outlets.

That included an internal investigation by Notre Dame, which hired a private investigator to get to the bottom of everything.

Te’o confirmed to the university (and, later, the media) that his relationship with Kekua had been exclusively online, which seems a bit more mainstream now than it was then.

The whole plot unraveled, and Te’o was the butt of an endless number of online jokes.

The final twist: Tuiasosopo has since transitioned and now actually is living as a woman.