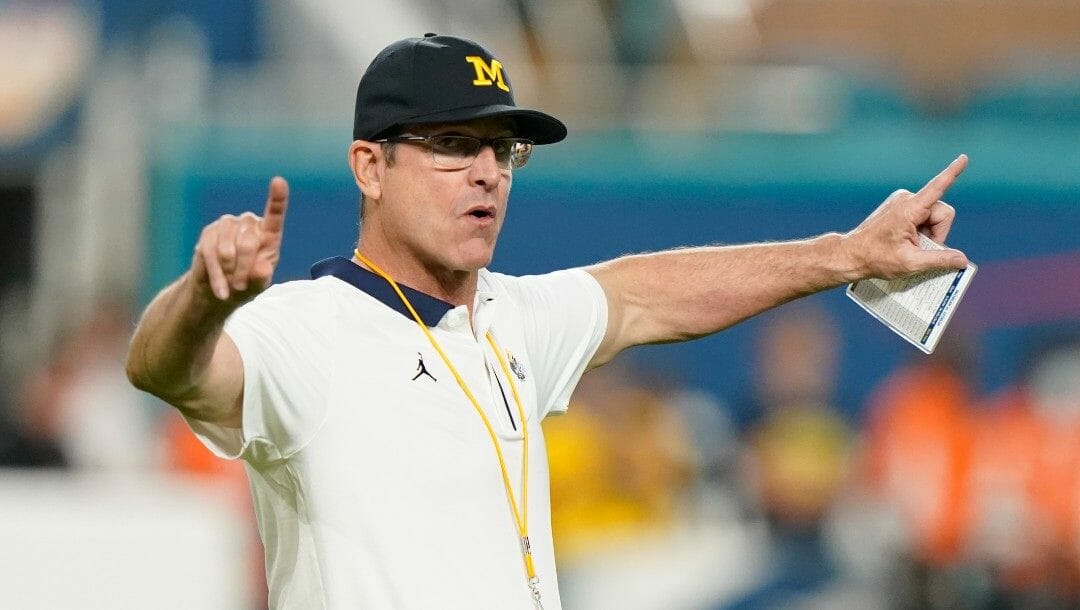 Naturally, it’s only fitting for these two historical programs to be embroiled in a rivalry great for college football betting.

The proximity of the two schools alone makes it natural for the two powerhouse programs to fight for superiority. Unfortunately for college football fans, the rivalry was last played in 2019 and has been put on hold until the next scheduled meeting in 2033.

Here’s a look at some of the all-time greatest moments in this series:

Longest Win Streak: Each team has had a four-game win streak

Not only was this a fantastic and close game, but it was also a momentous game in the 1989 college football season as it featured the top two teams in the country.

The No. 1-ranked Irish traveled to Ann Arbor to face the No. 2-ranked Wolverines on September 16. In front of over 105,000 fans, the teams played up to their billing on a rainy afternoon.

Michigan cut things to a one-point game just before the half, only for Notre Dame’s Raghib Ismail to take the second half’s opening kickoff for a touchdown to give the Irish a 14-6 lead. The speedster (who ran a 4.28-second 40-yard dash) wasn’t done on the evening, as he punished Michigan coach Bo Schembechler for opting to kick to him again by taking another kick return to the house early in the fourth quarter.

The Wolverines hadn’t allowed a kick return touchdown in 32 years until Ismail did it twice in one game at the Big House.

The last time we saw this matchup, No. 19 Michigan put a beating on No. 8 Notre Dame. This game may not be the most shocking upset in series history, but the sheer lopsidedness of this outcome makes it one to remember.

The Irish were held scoreless in the first half and never recovered from a 17-0 halftime deficit, losing the game 45-14.

The Irish managed just 180 total yards of offense while quarterback Ian Book completed just eight of 25 passing attempts for 73 yards. The Wolverines had 437 total yards and dominated the line of scrimmage, rushing for 303 yards and three touchdowns.

The Irish would finish 11-2 under Brian Kelly with an easy bowl win over Iowa State, but the loss to Michigan in humiliating fashion looms large over the 2019 season.

Wolverines quarterback Denard Robinson had the most impressive individual statistical performance in rivalry history in 2010.

Michigan won the game 28-24, thanks largely to Robinson, who had 244 yards and one touchdown passing while adding another 258 yards and two scores on the ground. With his team trailing by three and only 27 seconds remaining in the fourth quarter, Robinson’s two-yard touchdown run gave the Wolverines the victory.

Betting on football odds is a unique way to get closer to the action during the college football season.