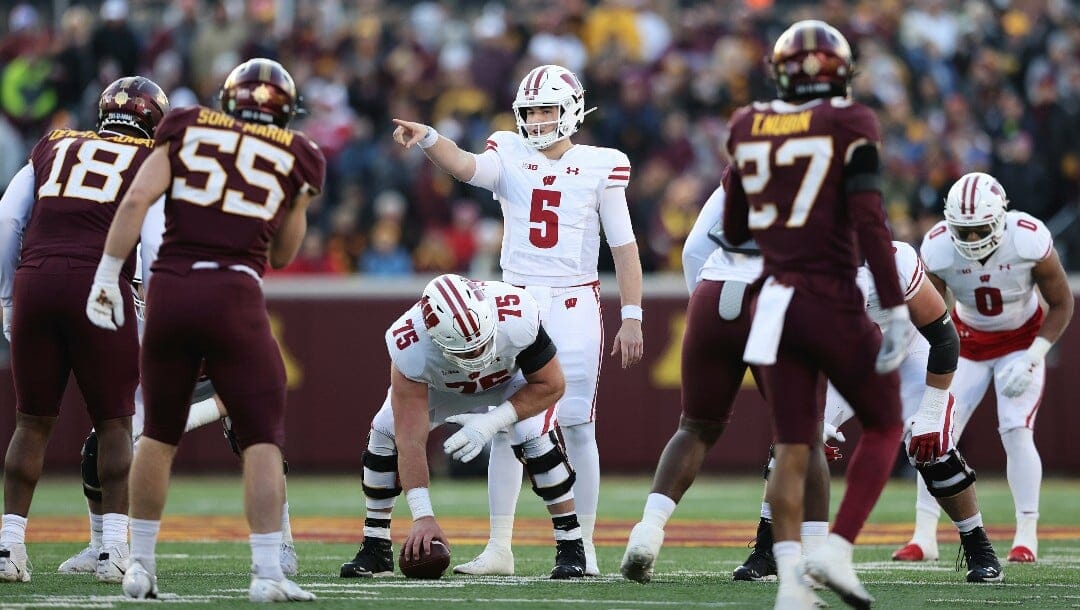 Wisconsin and Minnesota play for one of the coolest trophies in college football, Paul Bunyan’s Axe. The Axe trophy was established in 1948 and replaced the Slab of Bacon Trophy (1930-1943), which was “lost” in 1943 and found in a closet in Camp Randall Stadium in 1994 (does it get more Midwest than this?).

The Axe Game is usually the final contest for each team; however, there was a period where it was not. The series started in 1890 and has historically been reasonably even – as is typically the spread at the online sportsbook – as Wisconsin leads the series 62-61-8.

A rare 21st-century Minnesota win capped off a massive day for the 24th-ranked Gophers.

Minnesota had to overcome a first-half injury to their starting quarterback Asad Abdul-Khaliq and a career day from Badger quarterback Jim Sorgi, who threw for 305 yards and four touchdowns.

The two-headed monster of  Marion Barber III and Lawrence Maroney at running back gave the Gophers a chance. They combined for 274 yards and two touchdowns on the ground.

Minnesota won at the buzzer on a Rhys Lloyd 35-yard field goal.

This was a different time. One in which Minnesota hadn’t given up a point all season and beat high school teams by 70 points (and we think FCS games stink!), and Wisconsin’s heaviest player was a 203-pound tackle.

The Gophers were also one of three national champions in 1904, looking to repeat. Playing at home in front of a reported 22,000 fans should have been a real advantage. On the other side, the Badgers were having quite a season themselves. Their only loss was a 4-0 defeat to the eventual national champion Chicago Maroons.

The top performer had to be a Wisconsin running back, right? In a 2003 49-31 win over the Gophers at Camp Randall Stadium, Anthony Davis ran for 301 yards and five touchdowns on 45 carries.