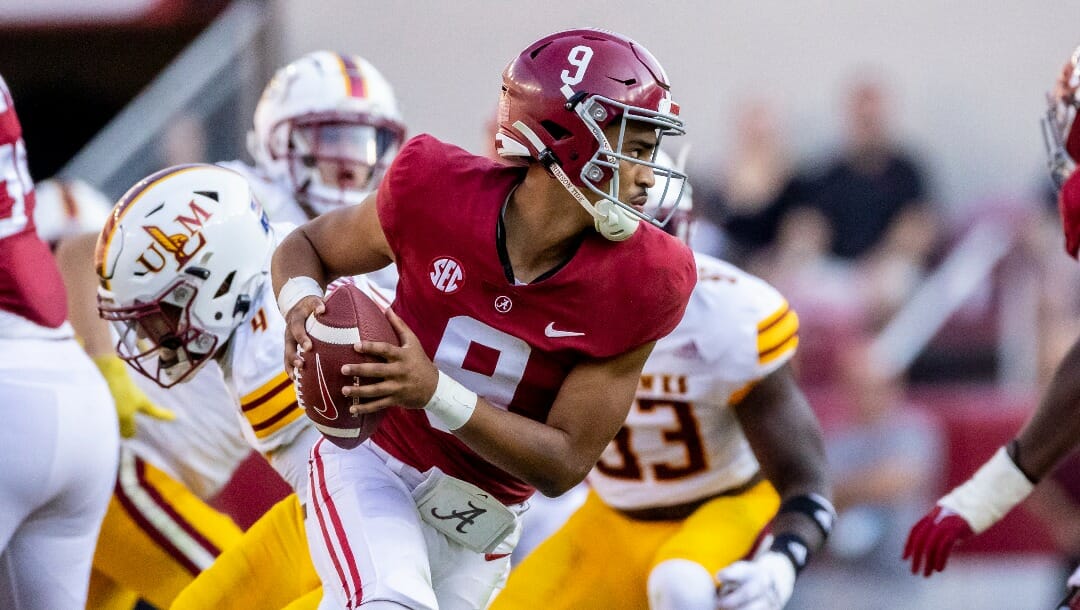 In college football betting, there can be some massive gaps between two teams facing off on a given week.

This could be because of a variety of factors, including major differences in conferences, as well as just a down year for programs.

This can cause some massive moneylines for the favorites. Here’s a look at the biggest NCAAF moneylines this week.

Some of the shine has worn off this year’s edition of The Iron Bowl. The Alabama Crimson Tide have two losses and were eliminated from the SEC championship contention weeks ago. The Auburn Tigers have won two in a row and need one more victory to become bowl eligible.

The one-win UMass Minutemen are massive underdogs as they end their season.

The battle for Central Florida supremacy rages on as the South Florida Bulls host the UCF Knights in the final week of the regular season. UCF is coming off a disappointing loss to the Navy Midshipmen as -14.5 point favorites, its first loss since October 22. The Bulls’ last win came back in Week 1 against FCS Howson.

Another steep road favorite, the UAB Blazers need one more win to extend their current bowl streak to six straight seasons. Standing in their way are the Louisiana Tech Bulldogs, who have allowed more than 40 points in four of their past six.

The UTSA Roadrunners have already secured a spot in the C-USA championship game. Still, they will unlikely take their foot off the pedal against a UTEP Miners squad that has dropped two of their last three.

Two losses aren’t a bad look, particularly when they come against legitimate playoff contenders. More importantly, they haven’t slowed down the Penn State Nittany Lions in their quest for a more prestigious bowl. The Michigan State Spartans’ best chance at a postseason berth fizzled with last week’s overtime loss to the Indiana Hoosiers.

It’s been three years since the Boise State Broncos last took home a Mountain West championship. Their seats are already booked for this year’s contest, but they won’t want to lose any late-season momentum against a Utah State Aggies squad that has won three straight.

Wins have come naturally for the South Alabama Jaguars, as they sit tied atop the Sun Belt West standings, tied with the Troy Trojans. A win over the Old Dominion Monarchs and a loss by the Trojans would propel the Jaguars to their first conference championship game in school history.

A victory does nothing for either team in this MWC game. The Fresno State Bulldogs have already punched their ticket to next week’s finale against the Broncos, while the Cowboys’ seven wins mean they also have a bowl game to look forward to.

The South Carolina Gamecocks demolished the Tennessee Volunteers’ playoff hopes with last week’s 63-38 win. With one loss, the Clemson Tigers still have an outside shot at a CFP berth, and a win against the Gamecocks suddenly looks more impressive.

The Dukes’ foray into FBS competition has been a successful one, and they’re looking to end on a high note with a win over the division leaders on Senior Day.