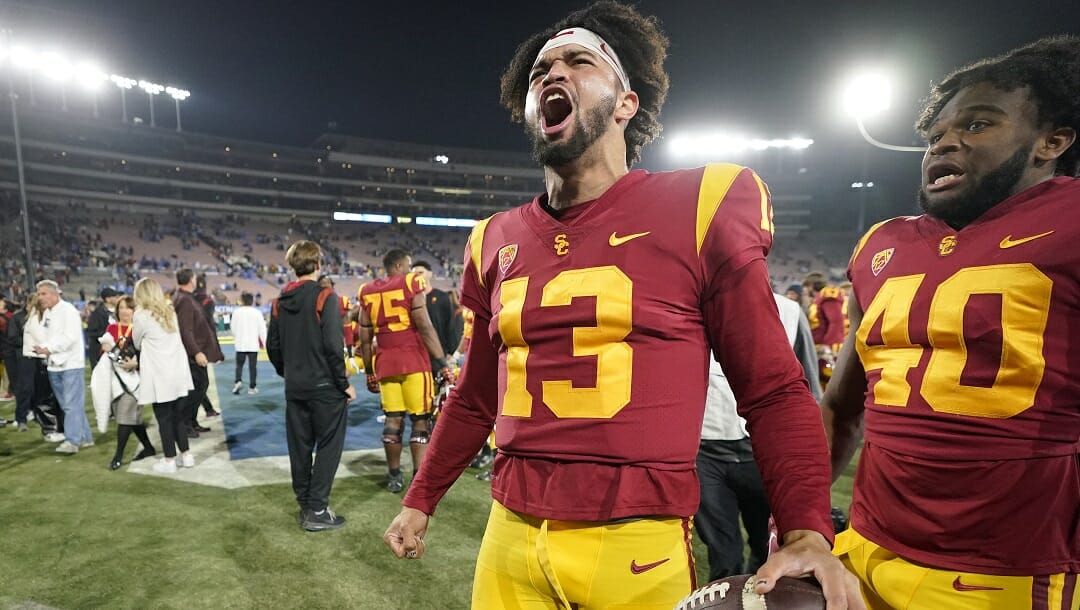 If you zoom out and look at the big picture, this game carries a lot of weight in the College Football Playoff picture.

After the Ohio State Buckeyes (previously No. 2) lost to their rival Michigan Wolverines, the USC Trojans are potentially in the driver’s seat for the No. 4 spot in the playoffs, assuming everything else remains constant after Championship Weekend. While there are still games to be played and speculating on future rankings is often a fool’s errand, it’s undeniable that the Pac-12 Championship carries weight nationally.

Another narrative heading into this game is the Heisman hopes of USC quarterback Caleb Williams. He’s taken a commanding lead in the Heisman trophy betting odds market, moving to -2500 after leading his team to victory over the Notre Dame Fighting Irish during rivalry weekend. He’s been superb this season, throwing for 3,712 yards and 34 touchdowns with only three interceptions, all while adding 351 yards and 10 scores rushing.

Alas, the fact that it’s taken us this long to mention Utah in any sincerity shows how overlooked this team continues to be. After all, the Utes are the reigning conference champion and are a steady force led by Kyle Whittingham.

These teams played on October 15, and Utah came out on top in a thrilling 43-42 victory after notching a touchdown and two-point conversion with 48 seconds left to play. Few teams have the firepower to hang with USC, but Utah averages 39.4 points per game and has proven to be one of those teams. To no one’s surprise, this is the highest total of any conference championship game this weekend, with the Over/Under set at 67.5

The betting market believes that USC will avenge that loss earlier in the season in Salt Lake City, making the Trojans a -2.5 favorite in Las Vegas on Friday night. With the Heisman frontrunner at quarterback and Lincoln Riley leading the way, this team has as much momentum as anyone in the country and will look to notch one more victory in hopes of reaching the playoffs.

Football betting is the best way to take your college football entertainment to the next level this season.

Whether you’re building parlays with SEC moneylines, checking out spreads for late-night Pac-12 games, or breaking down trends for Big Ten games with low over/under totals, there are opportunities for everyone.