Sun Belt Championship Odds: South Alabama Flying Up the Board 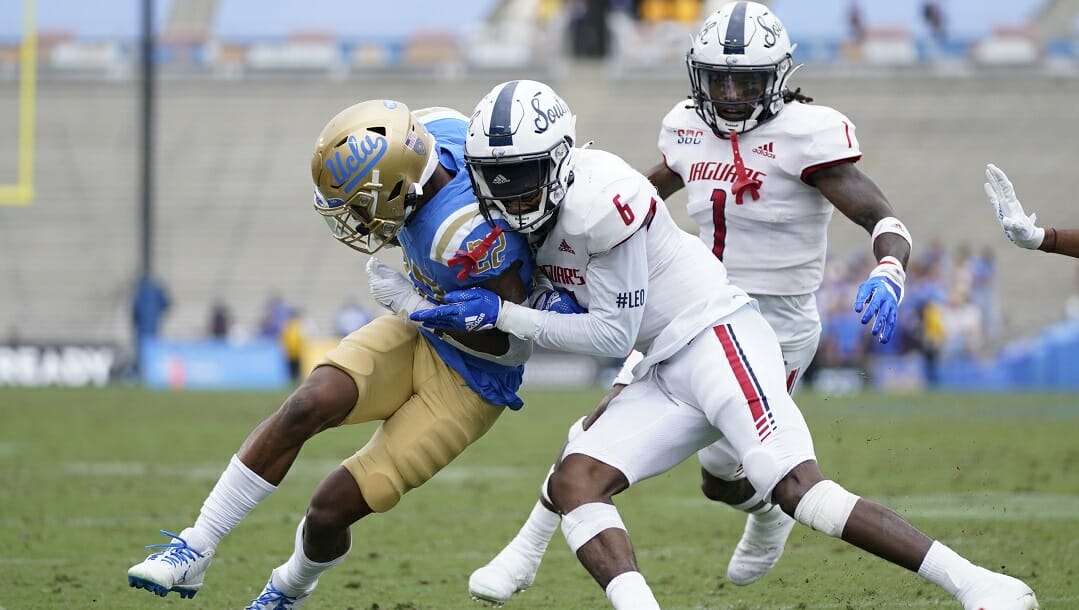 One of the best ways to jump into the world of college football betting is to bet the conference championship markets.

Here’s the problem: Everyone with $10 and an online sports betting account is betting the SEC and the Big Ten. It’s a really efficient market.

So instead of eating from the same table as everyone else, why not target a G5 conference instead?

In that spirit, I’m here to give you weekly odds updates and analysis you need to dive head-first into the Sun Belt championship odds market.

Who Is Favored to Win the Sun Belt?

Appalachian State is the preseason favorite to win the Sun Belt in 2022, with the BetMGM online sportsbook pricing the Mountaineers as a +225 favorite.

Louisiana, which won the league in 2021 and was the preseason media favorite, is +350.

Marshall was a trendy preseason pick to win the Sun Belt, and that hype has only grown in the Sun Belt football odds market after the Thundering Herd’s win over Notre Dame in Week 2.

Marshall is currently third in the betting table, priced at +400 to win the conference.

At the top of the season, my best Sun Belt football betting recommendation was to bet Coastal Carolina at +500.

I’ve since reconsidered that bet, thanks to a string of unimpressive wins from the Chanticleers and some very impressive results elsewhere in the conference.

Bettors who are looking to bet near the top of the conference should indeed consider Marshall as their championship bet.

It’s not just the fact that Marshall lined up and outplayed Notre Dame in South Bend; Marshall has a friendly schedule that could give the Herd a big edge in a very competitive Sun Belt east.

App State and Coastal Carolina must both come to Huntington.

It also draws reigning champion Louisiana at home. A home win over the Ragin’ Cajuns could potentially knock a superior western-division team like Louisiana out of the title game.

If you’re looking to chase a bigger return with a team that’s a little farther down the odds table, South Alabama has looked impressive in the opening weeks of the season and could contend for the western division title.

The Jaguars, who almost upset UCLA in Week 3, also play Old Dominion and Georgia Southern in their cross-divisional matchups. That’s about as friendly a draw as one can ask for from the hyper-competitive Sun Belt east.

As a result of South Alabama’s impressive opening weeks, they’ve become the biggest mover in the table during the latter part of September.

Even farther down the table, there’s a case to be made for taking a flier on Southern Miss at 40-to-1.

The Sun Belt’s western division is absolutely up for grabs; no team other than eventual winner Louisiana finished above .500 last year.

Southern Miss, on the other hand, brings back a ton. They also won’t have all their quarterbacks get hurt again and have to play a running back under center. The guy they do have – Ty Keyes – is a stud.

It also gets Louisiana at home on a short week.

Win a crap division, then play one great game during championship week.

Is it likely? Absolutely not.

Is it worth a quarter-unit sprinkle because of the high NCAAF odds? You bet.