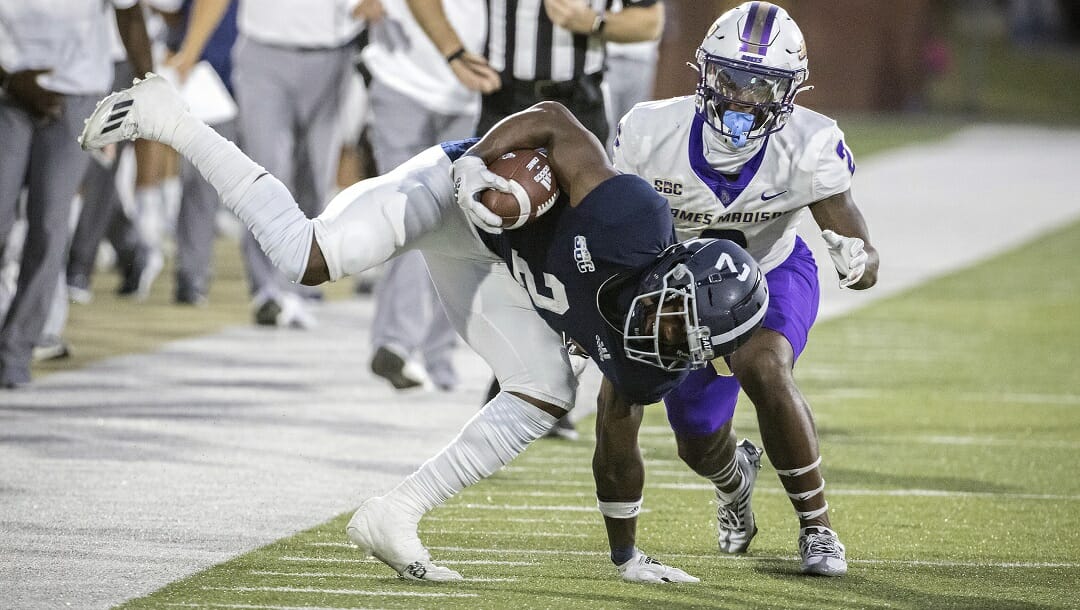 The Sun Belt continues to be one of my favorite conferences for online sports betting. It’s hypercompetitive from the top of the standings to the bottom, and anyone can win on any given day.

I was one of the many throngs of college football analysts that predicted both impressive football and full chaos in the Sun Belt this season.

The eastern division, in particular, has impressive top-to-bottom depth. But every team, 1 through 14, can beat any other team.

Perhaps that’s why the Sun Belt is one of the top conferences that handicappers look to when searching for a good underdog.

This past week’s results were particularly chaotic, with underdogs going 6-0 ATS – including three dramatic outright upsets that dramatically shook up the standings.

Three of them were outright wins by double-digit underdogs. #SunBeltFB #SunBelt @SunBeltFB

I write Sun Belt Power Rankings over at HERO Sports every week, and just about every week, I’ve opined on the vulnerability that Coastal Carolina has shown.

The Chanticleers might have been 6-0, but they were flirting with disaster in nearly every win – including against FCS teams.

Old Dominion finally delivered Coastal its inevitable loss, capitalizing on an extra week of prep to score its second signature win of the season.

The Monarchs went to Conway as 11-point favorites; they left as 28-point victors.

Because ODU played Coastal early in the day on Saturday, James Madison began its Week 7 game at Georgia Southern as the last remaining undefeated G5 school.

That didn’t last long either, as JMU was similarly bitten by the upset bug. The Dukes outgained Georgia Southern by more than 100 yards but turned the ball over four times in a 45-38 loss.

Every Sun Belt team has now lost at least one game.

Georgia Southern quarterback Kyle Vantrease was particularly impressive against James Madison, as he shattered a single-game record for Georgia Southern with 578 passing yards.

This was a game that Georgia Southern really needed to stay relevant in a deep Sun Belt East. Otherwise, the Eagles would have fallen to 0-3.

Amusingly, the two teams that scored big upsets last week will play against each other this week in Norfolk. Vantrease and Georgia Southern will try to keep its passing offense going against a capable Old Dominion defense.

Old Dominion is a 2.5-point favorite over Georgia Southern, as of the current college football betting market at the BetMGM online sportsbook.

It’s a testament to the Sun Belt’s depth (and the teams the Sun Belt added over the last year) that teams like Old Dominion and James Madison are near the top of the table.

During the summer, Appalachian State (+225), Louisiana (+350) and Marshall (+500) were considered the top Sun Belt Championship contenders, at least as far as the college football odds market was concerned.

Currently, ODU and South Alabama are at the top of the East and West divisions, respectively, but both have only played two conference games.

Compare that to teams like Coastal, JMU or Troy, all of whom have already played half its conference slate.

What Conference is Marshall In?

As of 2022, Marshall Football plays in the Sun Belt.