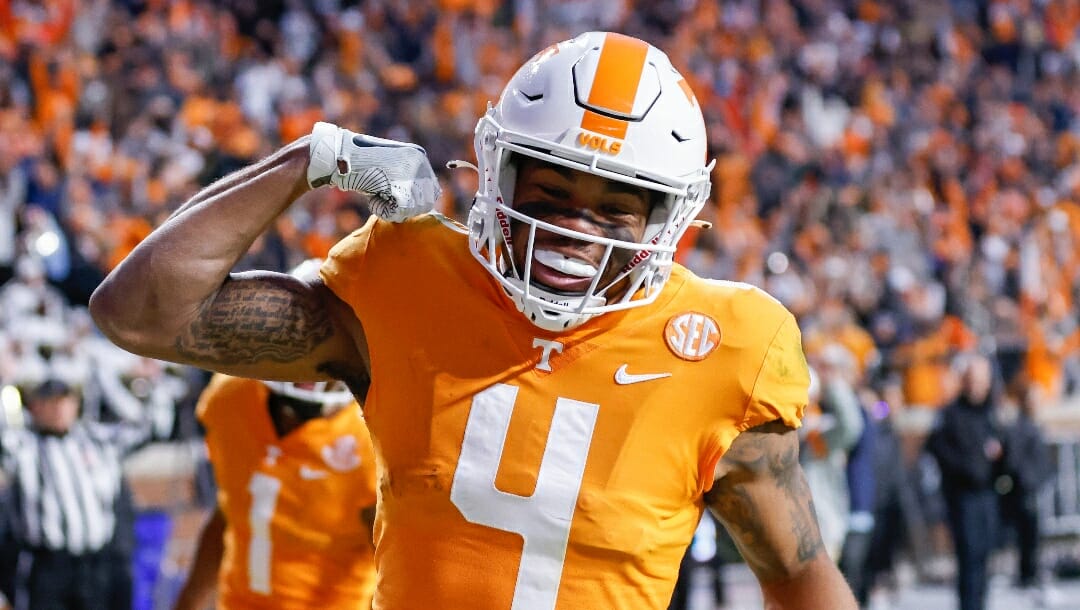 All Josh Heupel did in his first season in Knoxville was lead an offensive revolution.

Thanks to the coach’s high-powered offensive system, Tennessee improved from 21.5 points per game in 2020 to 39.3 in 2021, a big reason for topping their win total (six) in college football betting.

Hendon Hooker emerged as a star at quarterback after throwing for 21 touchdowns and adding another five with his legs. He returns along with his top target in wide receiver Cedric Tillman, who went for 1,081 yards and 12 scores. The other side of the ball must improve after ranking 90th in scoring defense.

Here’s a look at Tennessee’s schedule with dates, times, opponents, and analysis:

Tennessee is 8-0 all-time against MAC teams and will face a Ball State team that disappointed a year ago. The Cardinals lost quarterback Drew Plitt and receiver Justin Hall.

The Panthers have gotten the best of this series, winning all three games. Last year’s 41-34 barnburner went Pitt’s way, but they must replace Kenny Pickett and Jordan Addison this year.

Akron has been at the bottom of the MAC standings for the last few yeras, and this should be an easy home win for Tennessee. It’s a potential sandwich spot with a challenging non-conference road game before this and the SEC opener on deck.

The Gators have won each of the last five meetings with an average winning margin of over 20 points per game. Will Billy Napier add to Florida’s 16-1 record in this matchup over the last 17 games?

LSU returns only ten starters but brings in a bevy of transfers.

The Volunteers kept this game close a year ago, making it a one-score game in the fourth quarter before eventually falling 52-24. Since joining Alabama, Nick Saban has won all 15 meetings against Tennessee.

This is a potential College GameDay location if the Vols are 5-1 or 6-0 entering Week 7.

Josh Heupel has never allowed a point to an FCS school across three games with UCF. UT Martin finished 10-3 a season ago at the FCS ranks.

Tennessee has won eight of the last ten meetings against their SEC East foe. The Volunteers won a 45-42 shootout a year ago in one of the year’s crazier games for any team.

The last time Tennessee grabbed a win in Athens was in 2016. The Bulldogs must replace many pieces from last year’s National Championship but are loaded with talent as always.

The Vols have won three straight in this series, including last year’s 62-24 blowout. The key here is not letting UGA beat them twice if the game in Athens gets ugly.

The first of two road games to close the year, albeit against very manageable competition. Tennessee has won each of the last three meetings, but the Gamecocks figure to be improved in Year 2 under Shane Beamer.

Clark Lea still has a lot of work to do at Vanderbilt.

The Commodores have won just one total SEC game in the last three seasons, allowing the Vols to close out the regular season with a W.